We remember Norma Pons, absolute star of the Argentine show that was born in the city of Rosario. 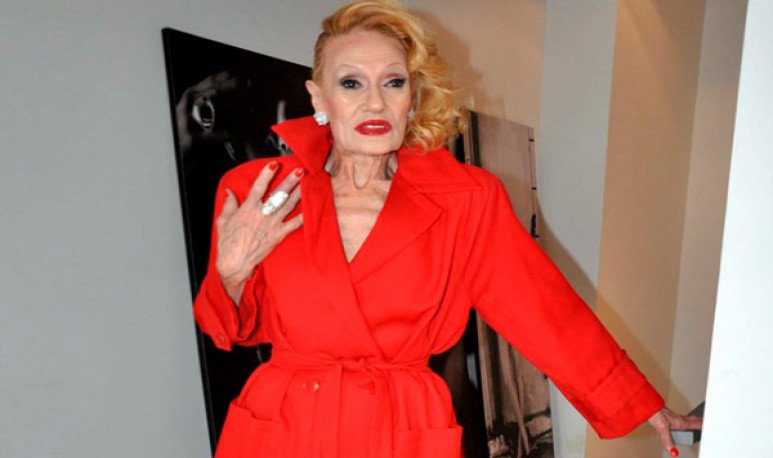 Norma Pons was born in Rosario on August 18, 1943. The same Norma Pons died in Buenos Aires on April 29,  2014. She was found lifeless in the apartment that inhabited the country's capital, leaning her head on her desk . The last television appearance of the experienced Rosarina performer had occurred the night before. He had participated in the opening of Showmatch, where he played Mirta, an aunt of Marcelo Tinelli.

Precisely, Norma Pons had signed a contract that year to participate in the Tinelli cycle as a female figure of one of the Bailando por un sueño couples. But more than his last days,  the memory of his birth is a nice opportunity to highlight his illustrious artistic career.

His beginnings in show business date back to adolescence, when he entered the local radio theater. A great tango singer, after studying theatre with Agustín Alezzo, she began to stand out as an actress when she left plumas and magazine theatre. Back then, in the eighties,  her skills as a comedy actress in “Noel Coward's Weekend” drew attention  . She was under the orders of China Zorrilla, who later directed her in “The Invisible Woman” with Inda Ledesma.

More here in time, Pons  shone  in recent seasons with “Eight  mujeres” and especially with “La casa de Bernarda Alba”  . For this last work, already about his last days, it was multi-awarded. The actress was the star of this work by Federico García Lorca. She played her many times in full room at the Regina Theatre. He had also performed a sweeping season in Mar del Plata.

Since the late 1980s, Norma Pons became the great female figure on Antonio Gasalla's television programs. In 1996,  her performance won the Martín Fierro Award  for Best Comic Actress. The prizes were never elusive. He received ACE and Cóndor de Plata for his work in film and theater, and also for his television shows, especially in Gasalla's humorous programs.

Pons won two statuettes this year during the Estrella de Mar Awards, one for his starring performance in the aforementioned “La casa de Bernarda Alba” and another gold, the highest award awarded for summer theatrical production in Mar del Plata.

Publicly, Norma Pons was always known as a single woman. This  actress “Lorquiana” , as she herself said, for identifying herself so much with García Lorca, never had a serious relationship. At least he never showed it.

However,  a few years ago she transcended that she was always in love with someone , also known, but not show business.

It seems that Norma, once, said that the great love of her life and that she was shocked by him, was a journalist from his very popular time, already deceased. Pons was trapped by the sensual voice that man had. It was the great love he never revealed, only to a few friends. The man in question was Joseph de Zer. He was a special editor of the magazine Gente in the 1970s , as well as working for other media. The professional is remembered for his participation in the news program Nuevediario as a mobilero where, in the company of cameraman Carlos “Chango” Torres, he popularized the phrase ¡Seguime, Chango, follow! De Zer died on 2 April 1997. Norma, he left several years later,  who knows if they won't be together now.