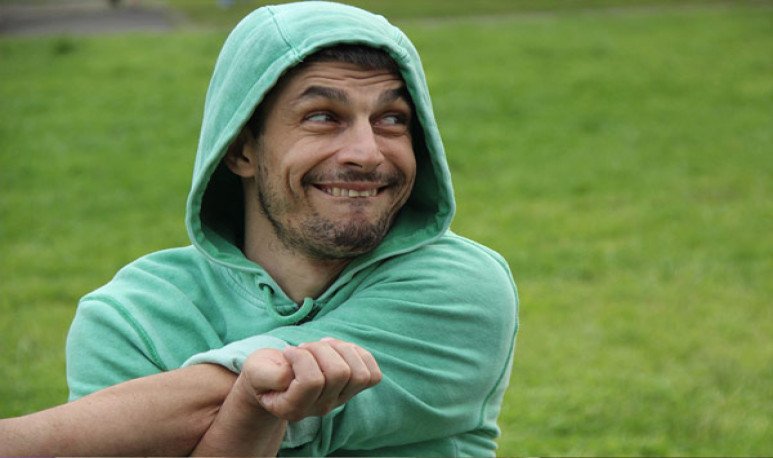 It was a perfect day on December 28, 2006 for Nicolás Stupenengo in Puerto Pirámides. He had soon finished a production, an seasoned in the audiovisual media, and dreamed of the filmmaker. It was time to relax with friends. And he threw himself head into the water to return on a sanitary plane with a serious spinal cord injury.   Not only did Nicolas's physicist change in Chubut, but a gladiator emerged, that fight millimeter by millimeter in a society that “lacks much” to fulfill a real integration of the disabled. Convinced that his struggle is for his independence and the people in their capacity, to overcome visible and other barriers,   is an example working in the judiciary and facing projects that passionate them in the arts and communication, a dreamed first feature, and the travel chronicle, which had the support of Presidency of the Nation until December 2019, “” Real Lives” was a television project of the Presidency of Naci. during the Macri presidency, which counted experiences of people with disabilities, and how they were overcome. But the new management didn't give me a chance of anything. I approached the media secretary, Francisco Meritello, but I didn't have any answers. I hope they want to return to communication about disability that is so scarce,” says Comodoro Rivadavia, who worked on Canal 13, and other important producers as an actor and model.

Journalist:   You were news at the end of 2019 highlighted the first disabled person who reaches 2200 meters from the Cordovan summit, Cerro Champaquí   How do you remember this milestone?

Nicolás Stupenengo: It arises by chance.   But let's clarify that we were not the first because several years before the promotion had been made with a fully suspended stretcher.   An amazing feat without our BMX wheeled vehicle. That first ascent is admirable, pure strength and courage. And for me it was a 180 degree turn in many respects. Always in my dreams rankea first climb national peaks. Several years ago I researched because I want to win mountains. Working at “Vida Reales” I cover the first meeting of adapted tourism. There they show the Champaquí trekking chair, from the Alto Rumbo agency, and they invite me to take a ride.   And it was crazy because people who have my disability, and who are used to wheelchairs, know that it takes a flat floor, and strong, without reliefs. Then we left little of what is urbanized, at most some very prepared campsite. You don't go over what the man's hand denotes. And let me get into a chair, and take me into a landscape where there is no road, it was day and night.   After twelve years it was the first time I was outside the urbanized. I don't ever forget it.

Q: What are the other mountains to beat?

nSt: Working with this team so specialized in adapted mountaineering, the idea is to continue towards 3000 or 4000 meters. We wanted to start last year and we couldn't do anything for the pandemic.   My roof is Nevado Ojos del Salado, about six thousand in Catamarca. This province has several of these roofs and are within the highest volcanoes in the world. Moreover, Nevado Ojos del Salado is the highest volcano in the world, and is Argentinean   . It also has a landscape that fascinates me by the wild and arid. Experienced mountaineers find it harder than Aconcagua because they do not have logistics. There's not a blessed shadow, heh. That top is all I want to do as a high-altitude sportsman.

Q: Let's go back to the day after your accident in Patagonia, what was the first thing you thought?

NS:   The first thing that came across my head was wondering if what was happening to me was really. OR   It was a dream. Or a crazy thing in my head. I spoke frank with the doctor who was there from the first moment to get all the doubts out of me. I immediately asked how it was on my head. And he said I was the same the second before I threw my head in Puerto Pirámides. He continued to confirm that he had a peripheral spinal cord injury, and that he couldn't move anything from the neck down. Okay... I had to have surgery, start rehab, and try to recover everything possible. There began another life.

Q: Did your dreams as a filmmaker fall?

NS: Nothing! I was already thinking about the day after   . With my head, I knew that fifth vertebra had broken, affected the whole bone, and that I was waiting for a long recovery process. And I started with a process that doesn't end yet because I had a lot of things projected, over ten years ago, and that I'm going to accomplish. One is the length that I could not finish it even though I could with a first documentary, with the help of INCAA - Instituto Nacional de Cine y Artes Audiovisuales. For my film I had opened a collection that was very successful in 2016, and that I have well kept, because in the project I need another funding leg from INCAA. Now the folder is frozen although I keep insisting because they had passed “El Paso” in a first instance.

P:”   I wanted to regain my autonomy, my independence, my loneliness”   you came up first and you were doing it with the help of the affections, from the dog Sofia, but what is the day to day?

NS: Arming after a spinal cord injury is a minute to minute job. The first thing you recognize is that you're not going to walk anymore. I denied that until almost a year after the accident, and even at a moment, I had a slight hope. Then you realize that's not going to happen, and that you have to plan your life as a wheelchair user. And worry about gaining millimeter by millimeter your ability to move.   There you assume that they are rather long resilience processes.

You also practice things that can sometimes seem totally unnecessary, and that sure, exhaust patience. Sometimes it is difficult to understand the times of rehabilitation. They put you in different positions, over and over again, and you feel like you're a doll from a play. Your life is slow.   But those essays are the ones that will mark life and you value what you were acquiring over time.   . I could turn in bed after three years of practicing it. A simple move took me over a year. And rest your foot on the chair much more.

Q: How do you not lose your calm?

NS: The first thing you lose, ha.     I think what served the most was to accept that you're getting impatient and reheat. I don't think, “I don't have to get out,” but express it, and I don't care what they say   . And if you're depressed, sad, and the psychiatrist wants to medicate you because you cry in the hallway, answer “And if I cry, what's the problem? If I cry, it's because I need to accept everything that's going on. And if I have to putear, puteo” I remember that I made some speakers put in my room, put music on the taco, and then a silk came out. Then he rehabilitated phenomenon.   Emotions should not be denied but accept them. And if sadness comes, sadness comes.   Those who studied creative processes understood that artists often get bored, or get depressed, to get to the bottom and get ahead. Why are mere mortals not?

Q: Are we socially prepared for the integration of our disabled?

NS: No (resounding) Yesterday I was just exchanging opinions with colleagues and they told me that in the Delta there is no possibility of wheelchair access The Tigre Delta! One commented that she had been barbarian with the family but that she couldn't do anything alone. A downturn   . Our struggle is to achieve independence, no more subject dependence on the goodwill of the family, or on the duty official   . And I suffer quite a lot with this reality. In fact, now I'm building a motorhome collective with the concept that if there is no accessible vehicle environment, I'm going to do it on my own   . I create my world, and if it doesn't change, I'll change it   . These kinds of solitary actions like mine serve to put reality in the face of many distracted people. There are people working in small groups for greater integration of the disabled while the common dominator is people who don't know, or do not care, or care.   I think the solution to reversing this will be education, and take out the ignorance of those who don't know about everything we can do   .

Q: Often incapacity is synonymous with immobility and load...

NS: We need to change that chip.   That we disabled are vital people, that we have desires, and we do things just like any other   . That if I'm lying on a bed, and I can only move my eyes, it doesn't mean that I have no sexual desires, or projects or dreams. There's still a lot.

Q: What would Nicolas say to a person who starts a new course after an accident?

NS: That this is happening not only to him or her, but it happens to his person and the environment. That everyone must accept what happened. Accept you're not going to have the life you had before.   But if he's going to have the same life from another place. That obviously there will be frustrations, and pain, but that, despite disability, a life with dreams intact is something very concrete.