“Natural Wisdom” is the title of a new missionary documentary. It talks about medicinal plants, but above all about the love of nature. 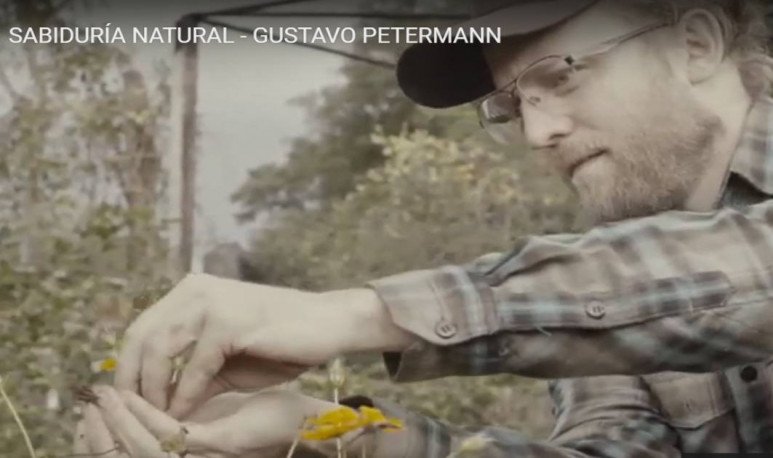 Perfection dwells in the simple, said Buddha. Being attentive to the natural environment in which we live connects us with that simplicity. This is the philosophy that the missionary microseries conveys in each of its chapters. A project on medicinal plants that has been the winner of the Contestant Development Fund for Audiovisual Media (Fomeca).

“ When they ask me what religion I am about, I say that I am of the religion that feels good on the mountain.”  This is what Gustavo Petermann is defined, one of the interviewees of the   microshort . In the microdocumentary, Petermann tells about his passion for  nature  and the distillate of medicinal plants. Then, he invites us to share the preparation and properties of a natural distillation.

A character, a plant

Iñaki Echeberría, director of the microseries, explains what the project points to. It is a series of 10 microdocumentaries of 5 minutes, each on medicinal plants. “In each chapter it connects to the story of a character with a plant. It addresses the properties that this plant has and is contextualized from that character.  Most are characters from the northern area of Misiones, Wanda, Montecarlo and Puerto Libertad and others ,” said the director.

“The medicinal plants we chose for each chapter of the series are what the characters proposed to us. In some cases we had to look a little more,” Echeberría added.

The microseries displays a wide range of characters. Biodynamic farmers, a Mbyá healer, a herbalist, farmers of the farm and a doctor who works with herbal distillates. Each character depicts plants such as cocú, carqueja, sucker, yedron, ginger, turmeric, and many more.

A call to action

Echeberría says that the aim of the microseries is aimed at the valuation of these plants based on their properties . “Many times are herbs that many have them as an ornament without knowing their importance and what can contribute to  health  and nutrition. We try to aim at those plants that people have the most at hand. But also those that can be found within the province, cultivate them and that are accessible to everyone,” he said.

Do you have questions about coronavirus?