Achieving a very sympathetic prominence on the small screen with “Masterchef Celebrity 2”, the jury was confirmed for another season and also for an original streaming format in a few weeks. 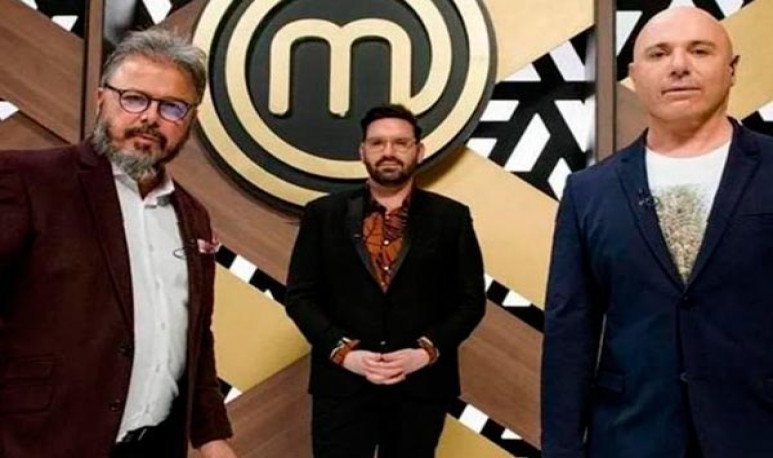 Life put them to the test at different times of their careers cooking for renowned places and also for their own locals, an ostensible growth that reached this phase of the new millennium with their work celebrated by millions every night, each time they look out as “The Three Tenors” of the televised kitchen in”  Masterchef Celebrity ” to the delight of his unconditional fans. Germán Martitegui, Donato de Santis and the very charismatic Damian Betular formed a singular trio on the small screen and such a boom caused them to compare them with the legendary lyric stars after the concert at the Baths of Caracallas in 1990. Today they have as much prominence as the celebrities who judge preparing dishes, in the most entertaining TV program after the unexpected arrival of the dire pandemic. The format, those who prepare the food and the jury with an impeccable trio returned to television 20 points or more rating every time they appear in the people's home, a miracle that no one ignores in times of skinny cows.

The second season of “ Masterchef Celebrity ”, after the controversial victory of the widow of the iconic ten of the Argentine national team and Boca, far from tiring the audience, was erected as the program that most seduces viewers in these months, a mixture of gastronomy, home ties and above all a spectacular humor on the part of the jury, factors that find it dominating measurements night by night. As will be the phenomenon they have generated, even surprising for them, that even Marcelo Tinelli himself who debuts this Monday in El Trece preferred to accommodate his cycle on another schedule, so as not to have to be embarrassed if the three cooks leave him sitting on the floor of a frying pan. Things seem well on track with the second season of culinary reality and everyone is wondering if there will be a third episode with the same protagonists of the cycle. To the enormous happiness of the millions that every night turn on the tv, to receive the warm company of a cycle that quickly got into the palate of viewers, the good news is that it is confirmed that there will be a “Masterchef Celebrity 3”, a few weeks after the current season comes to an end.

But since it is not advisable to fall asleep on the laurels of what has been achieved, from Monday 17 May the most watched program on the girl screen will add new features to the format to catch a greater number of spectators, with the arrival of”  ShowMatch ” after 17 months without being on air. Focusing on the first “super Monday” of television 2021, this Monday the competition will add as a nonsense element of complexity for cooks, the presence of a “conveyor belt”, by which food and other elements will arrive to contestants, who must be attentive to the objects sent from the other side of the operating platform to prepare attractive meals. That will be one of the novelties that the cycle will have since next week. 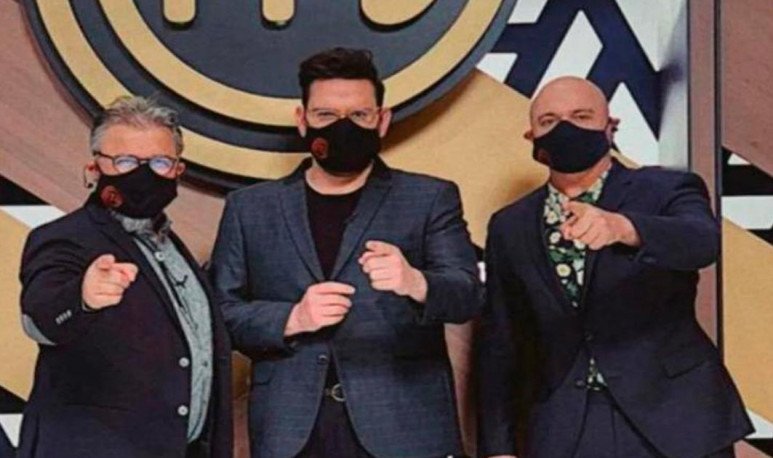 The jurors of the cycle have undoubtedly become the real stars of the program, probably because of their humor management when it comes to evaluating the dishes that celebrities prepare them, but nevertheless the court's relationship with the participants is friendly and bearable, a situation that was reflected in the ; last week, when the three jurors took part in the competition as coaches of several pairs of cooks looking for qualification for the next round. The public sees this protagonist growth with a good face, as it puts pressure for celebrities who compete week after weeks for the attractive prize offered by the cycle to the winner.

News continues to multiply in recent days. In addition to confirming a third season of the program, and not mediating anything strange a fourth, chefs who mediate as judges in each evening round of prepared foods will also be in a similar context for those who want more of this successful format. In addition to remaining on the jury of “Masterchef Celebrity 3”, De Santis, Martitegui and Betular with Santiago del Moro's company as a driver, they will maintain their positions for the new season of the program of the successful night cycle. Apart from that, material produced in the cycle every day of recording that does not go on the air, will be used for a series of 12 chapters on this program, a special material that will be seen on the new streaming platform “Paramount +”, digital support for lovers of digital structures of the new generation. The three chefs have already done some experience together for the platforms, offering a tripartite menu that proved very successful, experience that will now be amplified with the “backstage” and undisseminated scenes of the cycle, a way to install to the format in other contexts.

The most watched series of Argentine television today is a few weeks away from reaching the semifinals, phase where the contestants will go one per day in a very adrenaline sequence. Although there are some candidates who arrive at this stage with more chances than the others, it was not surprising that two of the contestants who returned to the cycle after the complicated repechage, are gaining a prominence with their dishes, something that put the focus on these players, who, with the lesson of having gone in a previous stage, they returned with more experience about how to articulate their game within the most competitive moment of the gastronomic contest. In Viacom-Telefé they live with a huge happiness what is happening, a format that came at the end of 2020 with a decidedly very captivating first season, analyzing now how they will continue with the cycle that came to television to return the rating that in recent years has been made. iacute; to marched without saying goodbye. & nbsp;