Mariano Saborido is a Santacrucian actor who came to television. He was a vase and a babysitter, but his passion was always acting. We tell you his story. 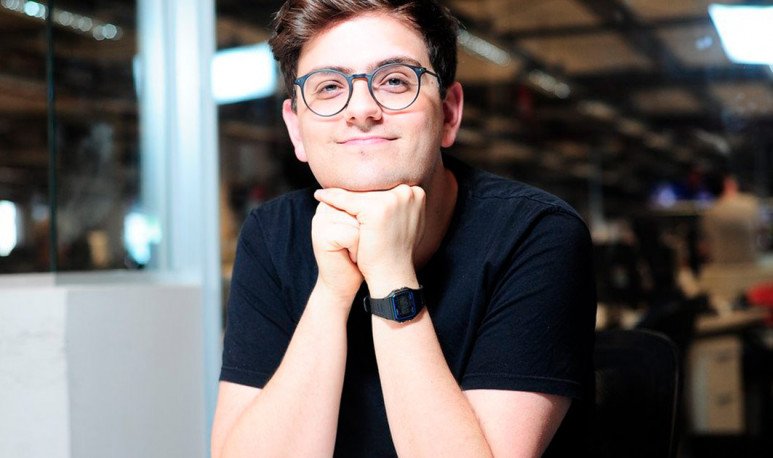 At 27, Mariano Saborido made his television debut.He did so in one of the most successful novels of 2019:Argentina, land of love and revenge. He now joined Separates — the new bet of the 13th — with his character Facundo .

His beginnings in acting

The actor from Santa Cruz tells that his passion for acting began when he was a boy. At the age of 11 he began to participate in some works his village — Puerto Deseado— but he lived it as part of a great gamehe loved to be a part of.

After completing high school, he moved to Federal Capital to study at the university. With the financial support of her parents, Mariano studied Social Communication at the UBA.Remember that while he already knew that his passion was acting, he was clear that his parents would not share that choice . That's why he studied a bachelor's degree course and, in parallel, did some theater workshops.

At the age of 19, he managed to takehis first professional stepsas an actorand add some weights to give himself small tastes. However, once received, he had to go out in search of other jobs in order to become independent of his family. That's how he worked babysitting and as an employee in a flower shop .

The arrival of his popularity

Mariano Saborido 'spopularity came with his role as Paco Jamandreu in the novel Argentina, land of love and revenge. With some nostalgia, he remembers the moment when he warned his parents that he would be part of the novel. “They were more than 2,000 kilometers away and always had a hard time understanding about my work as an actor. That's why my arrival on television allowed them to become friends a little more with this I chose to do and feel proud to see me on the screen,” said the Santacruceño.

This 2020 was added to Polka's new bet—Separated— with his character Facundo. “He is a guy with a lot of spark who falls in love with the gym teacher. However, there is another character — Gimena Acardic's — who also has strong feelings for him. That's why there will be an important dispute between the two, to see who gets the heart of Andrés,” said Mariano.

About your present and your future

“It's a very happy present for me. I was just finishing recording the previous strip when I was proposed to start Separates. I mean, I ended up with one and I rooted with another. I didn't get the time to go back to Puerto Desido and spend a few days with my family. I haven't been back for my payments in over a year. Luckily my old folks could visit a few times and they did me very good. It always takes a little bit of family affection and push before starting new projects,” added Saborido.

According to the actor, all the people of Puerto Deseado follow in his actorial footsteps and are very happy to have him as a representative. “My parents tell me that neighbors stop them in the street to congratulate them on my work. Something very crazy but that gratifies me very much,” he says.

Mariano Savored is very clear that popularity will not last forever. There is a possibility that, in the future, the intensity of work will increase or, conversely, decrease. However, he is very clear that his passion is acting and that he wants to live from it.“I would have no problem with casting again or working on advertising again . I am also training in singing and other artistic disciplines. I love art, and it will always be my grounding cable,”concluded the actor.

Forbidden to forget!
A real revolution
Women, Pioneers and Academics
Cordovan literature and its heroines
8M: a month of struggle, a movement for reflection
A maze of 9 exits is the boom of Patagonia
A new last time
15 years of cutting edge in telecommunications