Home People Spectacle Marcelo Tinelli returned: the inexhaustible charm of reiterating himself to the unpresentable

Marcelo Tinelli returned: the inexhaustible charm of reiterating himself to the unpresentable

“ShowMatch The Academy” is the modified title for 2021 of a cycle that returned without penalty or glory, violated health restrictions and made clear its political position. 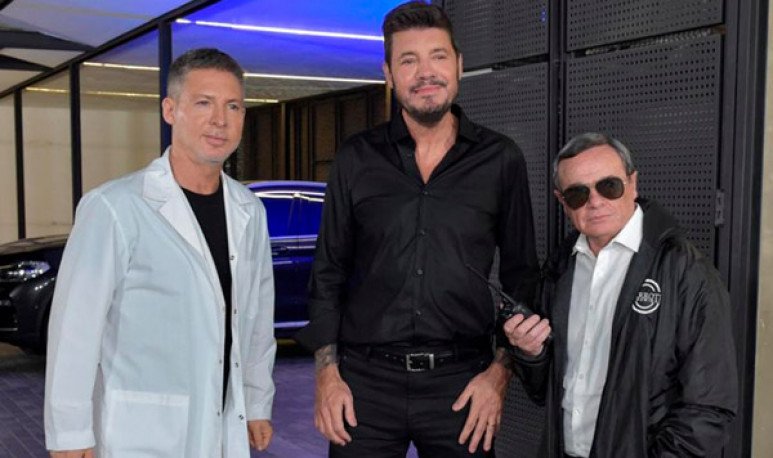 On Monday, May 17, very close to midnight, it became clear that they will have to speak urgently with the person who arms the announcements for the program, because in the posters and all the graphic signage that appeared at these hours, it was possible to read”  ShowMatch The Academy  - Totally renovated! ”, a promise that not only wasn't fulfilled, but seemed like innocent day or those worn-out absurds people do on WhatsApp when they have absolutely nothing to do with their lives. Except for the outstanding study where this cycle is now carried out, all that happened was a shameful deja-vú that ratifies the divorce between an announcement of change and the inexhaustible charm of reiterating itself to the unpresentable. It is very clear at this point of the circumstances that  Marcelo Tinelli  and his two starry producers do not have an idea or detonating fifty tons of C4 in the in the vicinity of Baires Studios, where they have filmed highly remembered films of Argentine cinema.

But there are details within what happened that cannot be ignored, subliminal messages or something like that make it clear that, although a holographic happiness is simulated, it is clear that the procession goes inside, covert by behaviors where by more than anyone else's arm to be twisted, they can not help but be won by the nerves before a reality that more than ever is crouching to place a furibund smash to remind you that the glorious past is just that, past. The  skeleton-bolivar businessman  Marcelo Hugo Tinelli in a multiple move made clear several questions, namely: there are no intentions to propose anything else or by chance, nor to submit to restrictions that television lives in the face of a pandemic and, finally, make it clear that its presence on this screen will also be a powerful form of  political  support to the current that it supports since the beginning of the millennium. These three objectives, varnished with a disorderly acting that at times staggering before the slaps of what is provoked, are the stages in which a program that enjoys looking at the navel is held, disappointing the expectations of those who clumsily still hold the hope that something new or accidentally comes up by mistake or accident, when nothing will finally change in the coming months.

A staff of mediocre dancers doing ten forgettable choreographies, Natalie Pérez and María Becerra making it clear that pop music is in intensive care, a clip with well-known films under pathetic dubbing and a mini-fiction with guest artists who just put their face and nothing All that should be included within the “totally renewed” that was the debut of “ShowMatch La Academia”, a start that, taking out the phrases about current events, could be a tape from 2017 or 2018, with a brutal naphthalene fragrance. Appearing with his comedians, with the absences of Pablo Granados and Marcela Feudale, he starts to sing “Twist And Shouts” with such bad luck that when the microphone is opened, the animator's detunations are also not surprise at a start of cycle so discouraged and forgettable. From the very moment the Beatles song is down, what follows is a dangerous series of utterly unfortunate statements by its leader and conductor, which shows it not only very lacking in reflexes but unusually dismemorized before quite recent news. 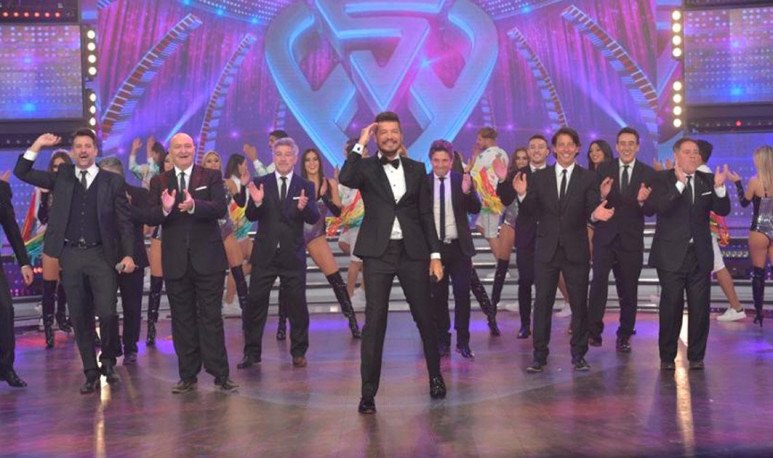 It is surprising that it plays a role of false naivety in certain situations, but also nerves and knowing themselves at a disadvantage, difference against provoked by it, become cynicism and hypocrisy that no one is encouraged to buy before so much personal devaluation in an accelerated way. In the folded film clip, we talk about facial surgery, but the truth is that the driver's face is not the same as at the end of the catastrophic 2020 for the owner of LaFlia, which can be awarded to Photoshop of broadcast images, cameras that deform or maybe some n botox sting or scissors in your eyebrows modifying the traditional look. It is clear that his face has some retouching, then someone will explain why at his age he needs things women do competing to freeze age when candidates don't approach. The worst comes when he shoots countless phrases that make him like crazy boomerangs stripping the lie of those claims.

He looks at Adrián Suar and says, “Why didn't they call me for the Singing? “, also consult about the schedule this year this indigestible retraction of situations that bored soporiferly. Things are clear: “Singing 2020” was a shame he didn't want to drive, letting his employees immolate. The schedule of this insufferable return to the small screen, is a measure whose decision was very agreed between the television animator and content management, committee that assumed the position of locating this television retraction at 21:00 hours, thus avoiding the circumstance of going to the direct crash with the most watched program on television today. In those chanzas that are released between the driver and artistic manager, bills are passed and Marcelo Tinelli has no better idea than to criticize Turkish fictions, ignoring that the one who made that trend fashionable was nothing less than Adrián Suar, when he released “The thousand and one nights” with extraordinary rating response and comments in its time. Bad memory or ex-professed ignorance of the skeleton-bolivar entrepreneur, place the joke in an uncomfortable situation for both while the minutes pass undisturbed. The most serious thing comes when he asks Chueco about the future premiere of “El club de las divorcadas”, a cycle that will lead Laurita Fernández, which as may be known left dissatisfied with the programmers of the solcito channel deactivating the premiere announced for June.

At the close of the debut chapter of “ShowMatch La Academia”, there is a rap sketch with guest figure, a tango with Darío Barassi, a musical with Martín Bossi and an “unbearable” with Carlitos Tevez after the great triumph of Boquense in the last superclassic football & iacute; stico. For the closure, already with the clock squeezing, there is a tribute to the doctors fighting the pandemic, a musical moment that brings together Bahiano, Marcela Morelo, “Pájaro” Gomez, “Banana” Pueyrredón, CAE and Pipo Cipolatti singing bits of their songs, until he arrives behind the Fabi Cantilo quartz curtainer singing the classic “De me” to which his teammates join in a “We are the World” very messy and out of rhythm. With an emotion of emotional plasticine and manipulating the times of a rather than poor start, the outcome is celebrated as the conquest to the desert or the landing of the Apollo 11. Take Guido Kazka and the great idea of “Welcome to Bordo” is a series of penalties to a professional goalkeeper with a bow so small that even a Fiat 600 does not enter. Inventive burets at its maximum power. 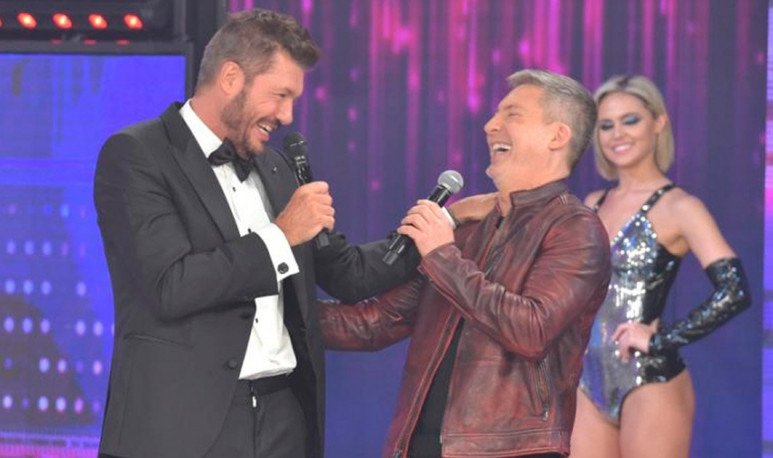 Two situations excel in a predictable start, both are very bad news and there is no one who takes responsibility for them. The first is directly related to health protocols, when at several times there are more than 60 people inside the study without respecting distances or facial protections. Marcelo Tinelli boasts of the 196 swabs made in the previous hours, gives hugs and groses to his guests as if the pandemic were something of the old millennium, making a bravucona ostentation of who is known with a superior power or backing of going to know who. Faced with the brutal shame that this behavior produces, it is only enough to say very loose in body that the protocols were respected and that the number of people at the place of issue was never exceeded. The joke comes out lousy, when in the following hours the case of positive COVID of the dancer of Candela Ruggeri, affected by the unfortunate booming disease, is spread. The position of defying the restrictions and simulating that the pandemic does not exist in this program arresting the following day that two Buenos Aires lawyers impose a criminal complaint for violation of health limitations, without forgetting all the criticisms that many references to the show execute, embarrassed after that unjustified embarrassment of the very powerful in turn.

The other contingency, more predictable and expected, was the obvious declaration of war that the program executed from humor announcing that the political campaign for the upcoming elections has already started in “ShowMatch The Academy”. In the film clip located at the beginning, it was put on the lips of American actors the same criticism that the government imputes to the Supreme Court of Justice, forgettable debut where also the guests to the family video with the animator, add famous acquaintances who support this political sign very eloquently, staff of personalities who on the next day also add to the day of artistic competition well-known militant artists. To crown this plan to turn the program into the launch act of the political party that today holds government power, the shameful imitation of humorist Freddy Villareal on the former Argentine president, gag where he adds tics of the late Fernando de la Rúa, which only make the laugh skeleton-bolivar entrepreneur. It is already known that the imitator Fatima Flores will play the latest security minister, seeking to undermine the image of one of the strong opposition figures.

Consulted the next day by the tasteless drivers of the “Telenoche” program, Marcelo Hugo Tinelli admits without hesitation in that mini-interview without much sustenance, which two weeks ago contacted the current Argentine president by telephone. What is unknown, is that instructions he received in that talk to turn the start of a rusty program, into a political platform, when Tinelli himself filled his mouth holding over and over again that his return to the screen girl with humor, was to end with the terrible crack existing, that which now revivvr... oacute; with foreseeable structures to try to limit the current opposition, huge contradiction for a public figure mired in disprestige not only in television, but also in sports, having asked for license for this year in San Lorenzo, club he presided and then abandoned that the team would be devastatingly eliminated in all tournaments where it could have sports chances. The legendary driver who emerged thanks to his originality and very spontaneous way of handling on camera, is now a bureaucratic robot that repeats itself completely lacking credibility, talent and ideas to renew an old program with totally flat vital signs.

Fostering families: a heart without limits

45 years after his death, Oscar “Ringo” Bonavena is still present in the memory of the people

The story of Noel: the right to be and accompany to be