Home People Spectacle Life and work of the “Gordo” Porcel

Get to know the life of Jorge “El Gordo” Porcel, a star of our show. Its beginnings, the fame, the relationship with the Black Olmedo and much more. 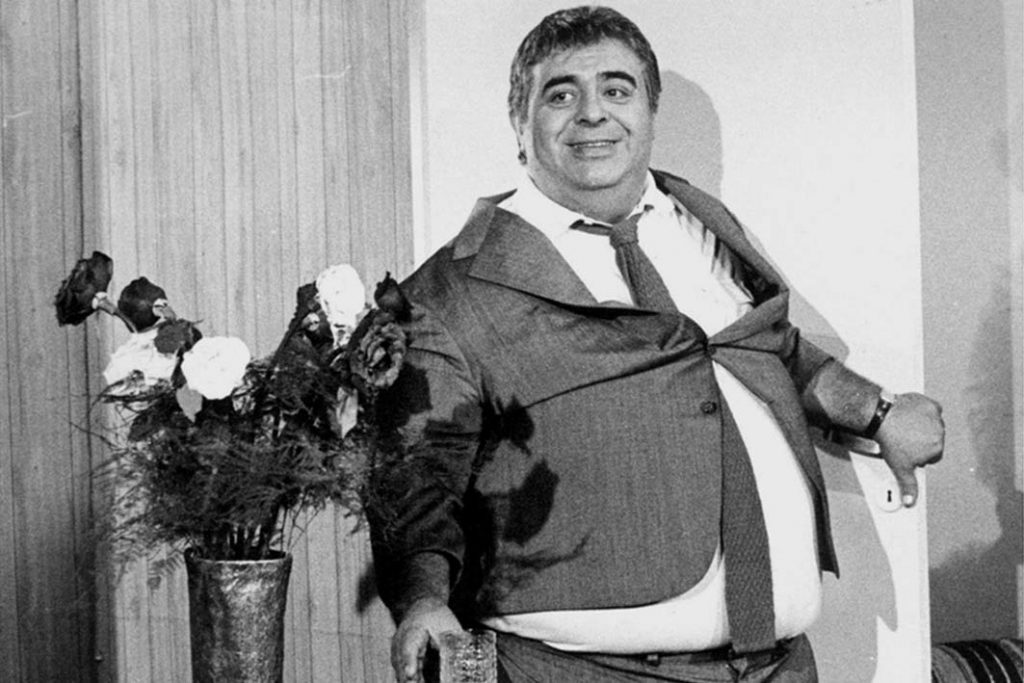 Fat Porcel, whose real name was Jorge Raúl, was born in Buenos Aires in 1936. In 1957, at the age of 21, he made a living doing  imitations in a restaurant in Barracas.  He lived at the tombos, taking out some mango, until one day  Juan Carlos Mareco  appeared at the bowling alley. Surprised by the ability of that unknown impersonator, he recommended him for the radio program  “The Dislocated Magazine” . That recommendation changed his life: his companions would be  Mario Sapag,  Carlitos Balá   and  Nelly Beltrán  .

Since he was breaking her on the  radio , he started studying acting. In 1962 he filmed the first of his more than fifty films:  Disloque en Mar del Plata . In the late seventies and throughout the eighties came the companion who would transform the duo into a myth:   “the Negro” Olmedo  . In those films the plot could range from the army to the vampires, what was never lacking was light humor and high sexual content.

Back in 1988, the death of his friend and partenaire changed the course of his life: he performed in the last film he would shoot in Argentina:  El profesor punk (dedicated to Olmedo's memory). In 1993, already based in the  United States , he played a small but important role in his life: he  played “Saso” in Carlito's Way  (starring by  Al Pacino  and directed by  Brian de Palma  ). The fat guy on TV

In 1965 he was part of the first cast of a program that would remain in the retina of all Argentines:  Operation Ja-Ja  (directed by the Sofovich brothers) .  But it is in 1972 that he begins to write in capital letters his name in the history of Argentine TV: he joins the  Polemica table in the bar . In the 1980s,  Polemic ... and  Don Mateo's Barber  would exceed 60 rating points.

After coming and going, including programs such as  The Kittens and Mice of Porcel ,  La Tota and the Porota in duo with Jorge Luz, and  A la cama con Porcel (recorded in the United States), in   1994 the fat man returned to our country to record a new season of  La Tota and La Porota , but with a more familiar look.  He could not repeat the success of the piquant humor of the eighties.

What very few know is that in 1980 he recorded a bolero album called  Puro corazón  (in his programs he used to sing and, in fact, he didn't do it at all wrong). In  1995  he converted to evangelical Christianity and became a pastor, being very critical of his previous way of life, plagued with luxuries, excesses and lust. In the late 1990s,  overweight  began to take a toll, plus a diagnosis of Parkinson's and diabetes. On May 16, 2006, at age 69, a complication in a gallbladder operation took him away. His remains were transferred to the Chacarita Cemetery, where, we imagine, he must be making his rest companions laugh.