Mecha Ortiz was one of the greatest figures of the golden era of Argentine cinema. 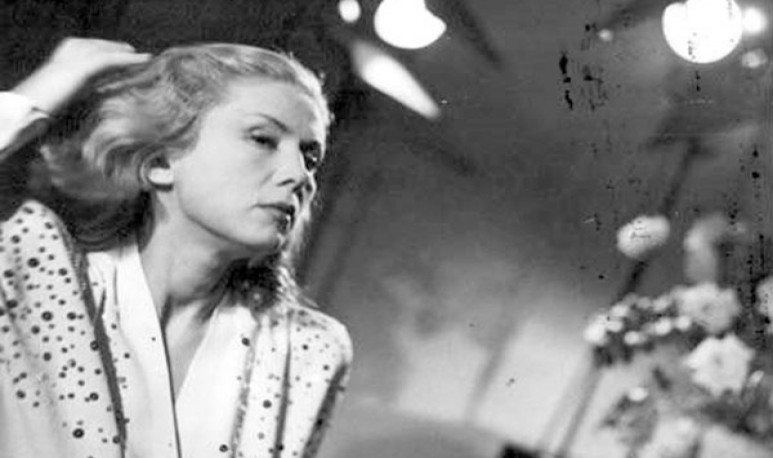 Those who knew her say what she was causing from the screen was hard to explain.  Sensuality, mystery, intrigue . They say it was different from all: loud, thin, with a serious voice and a look that left anyone breathless.  Mecha Ortiz  generated intrigue from the screen and also from his private life, about which he never heard too much.

He was born  on September 24, 1900 , when the century was just inaugurated. Her big screen debut  was at 37 years old , which at that time was a mature woman. However,  it became a   femme fatale that many compared to Greta Garbo herself. She was also  revered by the gay circle of the time , who considered her an icon.

His most recognized works

He made about  40 films  in his career, with a debut in a classic classic:  Los muchachos de antes no usaban gomina  (1937), by Manuel Romero, where he played  Rubia Mireya  . Other titles in its history are  Women who work  (1938);  With broken wings  (1938);  Sappho, history of a passion  (1943), which was  the first Argentine erotic film banned for minors ;  The song of the swan  (1945);  A woman without importance  (1945);  The three rats   ( 1946) and  Madame Bovary  (1947). In 1966 he performed in  Las locas del conventillo , along with Analía Gadé, Alberto de Mendoza and Olinda Bozán. Then, he braked his participation for ten years, until 1976, when he participated in  Los muchachos from before they did not use arsenic, along with Arturo García Buhr, Mario Soffici , Barbara Mujica and  Narciso Ibáñez Menta ; and in  Boquitas pinadas and  Piedra libre, both of  Leopoldo Torre Nilsson , next to Marilina Ross and Luisina Brando.

In theatre he also had a prominent career. Some of his most important works:  Mrs. Ana wears her medals, A tram called Desire, The Bed, The Constant Wife, That's Life, The Fainted Horse  (with a young Michelangelo Solá) and  The Process of Mary Duggan  (directed by Daniel Tinayre). In the 1970s, she worked with  Eduardo Bergara Leumann  in  Seventy sins seven  and in  100 young years,  parodying herself, alongside Jorge Luz, Tania and Gloria Montes.

On television, she participated in telenovelas such as  Estrellita, that poor peasant girl  , Rolando Rivas, taxi driver  , Invitation to Jamaica, Aventura 77, Christmas in 2000 and  The Organito , by the Discépolo brothers.

There is a rumour that her late debut in the profession was linked to an accident suffered by  her husband  and father of her only son,  Julián Ortiz  , an agricultural producer linked to the landlord oligarchy, who was a direct relative of the de facto president Roberto M. Ortiz. Apparently,  Julian was paraplegic  after an accident riding a horse, and that's  when Mecha decided to devote himself to acting.   Her husband died when she was at the height of her career. However, he never remarried  nor were other romances met.

Mecha Ortiz died on 20 October 1987. Her wake was held at the Cervantes theater, and there was also an episode that surrounds her with mystery even after she left this world. They say  an older man with a white beard approached his coffin with a bunch of red roses that he laid on his body . Then he disappeared without saying anything. The theory about the strange visitor states that, with these red flowers, the man was grateful for the donations Mecha had made for many years to the  Communist Party . Nobody could never confirm if that was true.

Mecha Ortiz is considered one of the greatest figures of the golden era of Argentine cinema.  A diva with all the lyrics, something forgotten today . From here, we remember her as one of our great actresses.