On the day of his birthday, we review the story of this Argentine actor and humorist with a vast career who gave us the best moments. 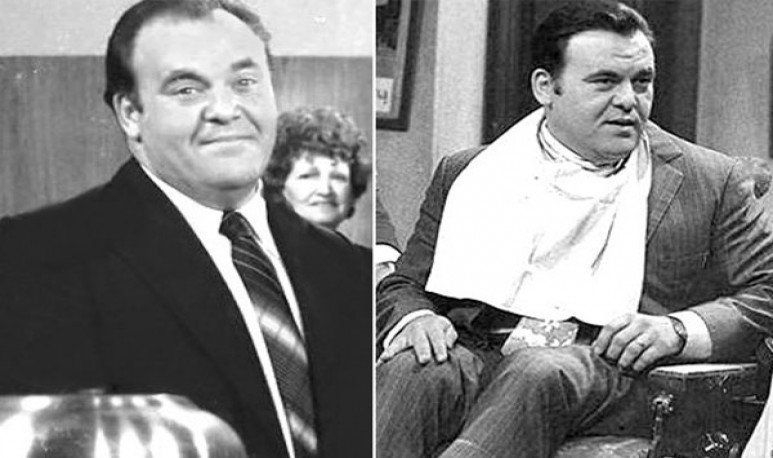 The real name of this iconic character was Miguel Ángel Álvarez.  He was born in  Tancacha, a Cordovan town located in the center of the province, belonging to the  Tercero Arriba department.   It was an April 21, 1937 that came to this world “Javier Portales”, as everyone would know him  in show business  .  He was an Argentine actor and comedian  of vast career, who flooded the media  with his particular charisma.

Start of a legend

At the age of 17, he marched for Rosario  in search of new opportunities.   After having performed in several independent theater groups, he felt that  Rosario was a boy  and decided to try his luck in Buenos Aires.  That would be the beginning  of a  rich and successful career.

Javier Portales started working as a young man in the theater, forming and generating unbreakable bonds.   His talent was unmissable,  and the world soon wanted to know him. He entered television, where he starred in  a play that deals  with the misadventures of a group of young people at school time. The work was called the  Fifth National Year and was directed by Abel Santa Cruz . This first adventure that would drive his career was carried out with Santiago Gómez Cou and Julio de Grazia.

On the crest of the wave

Already by 1964 his career took an important and unexpected turn.  He was not yet a highly known character, but this fact would mark a hinged moment in his life.   He entered the Operación Ja-Já program   where he joined  the table of famous celebrities, artists and comedians. Among them were n Fidel Pintos, Juan Carlos Altavista (Minguito), Adolfo García Grau and Jorge Porcel.

They were iconic figures  that made up the local scene, and they were responsible for flooding with laughter every Argentine home, from TV. In that same program he met who would be  his beloved companion on television: Alberto Olmedo.    With this iconic figure  of humor, he would make the remembered sketch Borges and Álvarez in the program No toca botón, in the  mid '80s.

Portales was  the third and only Cordovan member  of a trio that would be unforgettable. Along with Olmedo and Jorge Porcel, they starred in  a series of hits  in both film and TV. Together they performed humorous musical shows on television  during the 1970s and '80s.   They were an Argentine boom and were the  best-known and beloved  celebrities of the moment. Even, to this day, they are seen as an  icon of the history of shows  in Argentina.

On the big screen

During the  1970s, Javier Portales came to the big screen  and made several films alongside the musical group  Los Parchis.   Portales was definitively consecrated during the 1990s in familiar telecomedies such as  Son de Diez  or  Un hermano is a brother,  along with Guillermo Francella.

In 1999 he received the Podestá Prize  awarded for his several decades affiliation with the Argentine Association of Actors. In total,  he made more than 100 films , played classics in theatre  and entered the heart of every Argentine. In addition,  he was the author of La skillet por el mango , a remarkable work that was declared  mandatory reading at the Conservatory of Dramatic Art.

Javier knew how to conquer immortality  thanks to his work  in show business , dedicating his whole life to making millions of Argentines laugh.   However,  his end, far from being comic, was tragic.

He died at age 66, alone, prostrate in a wheelchair and with serious economic problems. It was the product of diabetic decompensation in a bed at Ramos Mejia Hospital. But  general malaise, economic instability and health ailments had long been  taking over his life and  taking his charism.

Javier Portales died in 2003, leaving  an entire country of mourning.   From Ser Argentino we decided to remember him with a smile, and to give his health so much humor and joy transmitted.