The distinguished and charismatic driver returned to open TV with “Pasapalabra”, excuse for which he spoke about his tourist experience, TV and his great football passion. 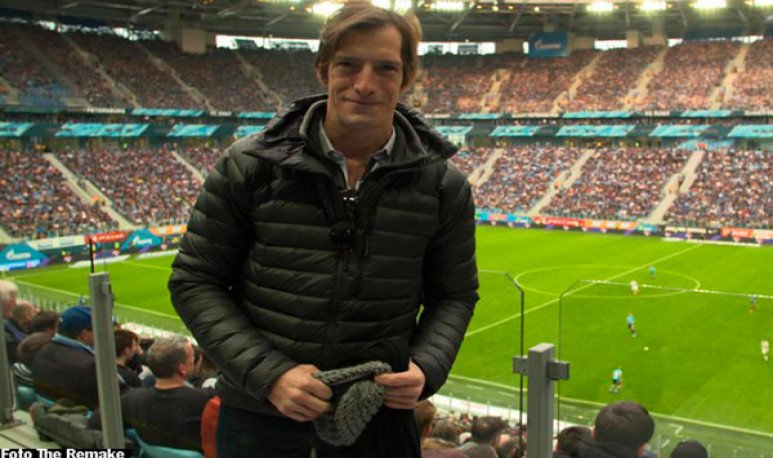 It is one of the most successful drivers of Argentine television, format that resumed Monday at 19 hours with  Pasapalabra in Viacom Telefé, an entertaining program that inexplicably during 2020 was excluded from the screen of El Trece, a maneuver that surprised the large audience who knew how to seduce for a few seasons. To his young 43 years, Iván de Pineda, after so many professional successes, always looks humble, educated and respectful, without anyone suspecting that this legendary top model and animator was born in Madrid, a city that left after a few months with his mother, very fast and decisive trip to Buenos Aires so as not to never reside in his native Spain.

Thankful and happy for the recognition that the famous three pelotitas channel made of his work with this game of letters, words and mental development, adding it to the leading rating channel of recent years, Iván de Pineda tells in the interviews that he started as Spanish, but his immediate immediate transfer to our city planning gave him a binational citizenship without hesitation. Bambino Veira defined it as a “facha storm”, something that this qualified international top model never boasts, admitting that he knows many places in the world and also many places in the Argentine provinces as his home.

Excited by his return to television on a key schedule, before Martinez's central news station, Iván usually stays a long time talking to people or people who inspire his constructive talk. Without justifying that behavior, Pineda, during his pleasant talk with Ser Argentino, admits that circumstance. “I love interaction, you'll put me in front of a column and talk to it” (laughter). An incurable fan of San Lorenzo, suffered this last Saturday the brutal thrashing that Central Córdoba gave to the Cyclone right in the New Gasometer, but prefers to remember his work at  Privet Russia , a format for the Turner signal where he showed stadiums and cities of Just 22 months away from the new world tournament in Quatar, the  Pasapalabra driver of course talked about football and his love for different locations in the globe. 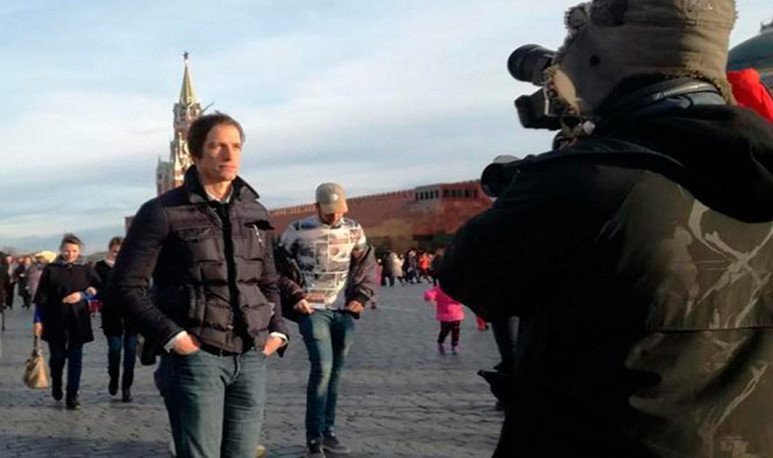 In 2018 Argentina was again out of the world title after the thrashing that Mbappé and his French partners beat him. I guess the only good thing you can remember about that championship was recording the program broadcast by the TNT signal, right?

Iván de Pineda:  We live football and passion in a very special way, very particular, we have a distinctive element in those situations impossible to compare with anything you know in other countries, there you perceive that these things we live with a very special prism. The World Cup plays an important role, but not only on a sports level, because it is also cultural, social and economic, a lot of things happen around a world cup of football. It also has a lot to do with the mood of the people or the talk that arises on Monday morning, warnings are long, talks unfailingly related to the outcome of this or that party, inclusive for girls is a rather incentive matter.

What amused the audience most was that when you did that show you mixed up a little Russian, portuñol and a lot of English talking to the interviewees.

Ivan de Pineda:  Logically it is the most complex language in the world, not only strictly phonetic, but also grammatically. Logically beyond the huge linguistic democracy with their language, that great global Esperanto for all is a bit English, it is the easiest language to communicate when I do not fully manage the language of a place, such as Russian. It also happened that many of those we had to interview handled Spanish, although we were surprised by the level of insertion that the Spanish language has, part of the Russian population understands it. You put on a radio and suddenly Julio Iglesias pass by, for example. Natalia Oreiro is super famous, isn't she?

Was making this world-class format for the Turner network a direct result of the work “trademark” you installed on TV open with your rest of the world?

Iván de Pineda:  I think it's a different way to do things. The leit motiv of what we went to do had edges that I personally had not done before, is a new type of task with different ideas, new ways of telling the things we see. I really felt very comfortable and happy, that is seen in what is there, the freshness of the images that have been seen from the cycle. The inocultable wave with the work team, the enormous human and professional quality of those who accompanied me. Also the different visions there are, because even though traveling our country we all have different visions, I would define it as the atanor of an alchemist looking to achieve a visual product of these characteristics, I had a lot of fun in Russia. Even, every time I go it's a place I see in a very different way.

It is noticeable that you enjoy trips abroad or towns in Argentina a lot.

Iván de Pineda : Yes, I enjoy travel, I am very dreamlike and fantasious in my head, because when I arrive in those countries or our localities I keep thinking about all the information that I accumulated for many years about all these places. All that appears when I connect in substance directly, surprising me with things, that happens with many who get to watch these kinds of programs. That program was a big kick for a lot of projects that we have for the future, in the immediate and in the medium term as well. 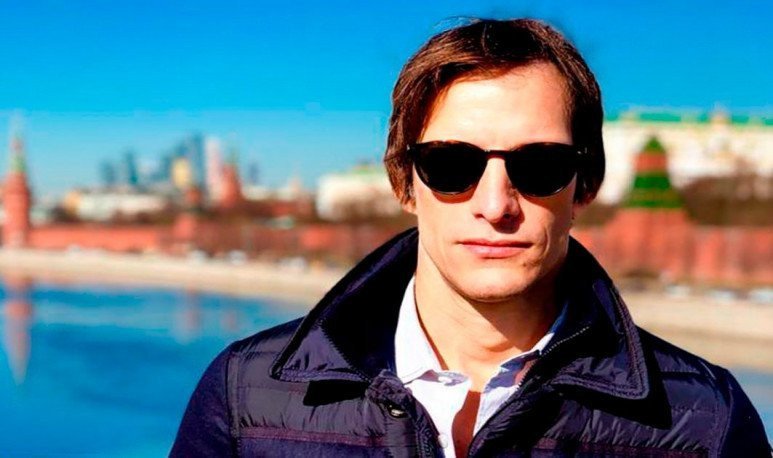 How does football players and audiences influence playing a game with very low temperatures?

Iván de Pineda:  It's amazing, but the weather conditions condition you as a human being, then it is unavoidable to allude to that, when we went to film we had a temperature of minus eight degrees, for us it is naturally very cold since we are not used to that value, but when it's less than 25 or 30 degrees, it's unavoidable that you stick a “kiss” to a bottle of some alcohol (laughter).

It is not a passion for vodka, but avoiding a very serious health problem.

Ivan de Pineda:  As is, you're trying to warm up, because if you're not a candidate for hypothermia. I remember we were in stadiums where before the match it snowed four days in a row, we went to a stadium that had an outdoor screen of more than 3400 square meters, covers much of the place as you approach, make you want to place the playstation and stay there all the time (laughs). At the time of the World Cup there were between 20 and 26 degrees, it was nice for the Argentine national team to demonstrate their lineage and notorious tradition, something key in a football tournament like that, close your eyes and without Argentina is football would be very different.

Involving these years in so many projects caused you to pass the stage of the Rest of the World cycle to other colleagues like Liz Solari or Emilia Attìas?

Iván de Pineda:  Liz (Solari) I have known her a long time, because of nationality we have lived in different countries and the truth that she and Emilia do very well, it shows that they like to convey those experiences. It is the same feeling that I have, even when I do  Pasapalabra , is to transmit experiences, leisure, travel experiences that have to do with interacting with different societies. This happens to me because I started really small with this trip thing. The biggest thing was when I came to live in Argentina, many decades ago, for me that's my life, I love interaction, you put me in front of a column and I talk to it (laughter). & nbsp;