Will the ultra-famous blacks of the memes be in the Bailando 2020? Find out about this worldwide quarantine phenomenon in the note. 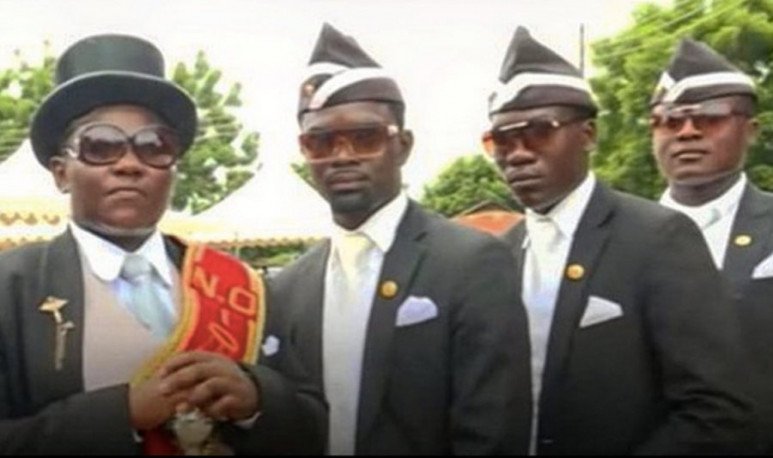 When something hits, it hits. It viralizes. From one moment to the next,  everyone talks about it . They pass you a thousand videos. Then there's a thousand memes. Trend in all networks. Did you mean Dancing 2020? No. Or not so much.

You've seen  the memes of Africans carrying a coffin to a funeral dancing . You've seen them in those thousand memes I'm talking about. Well. The creator of the group is Benjamín Aidoo. Lives in Ghana, Africa.  What happens in the videos is true . Benjamin has had a  funeral home  for 20 years. And, at one point, it occurred to him to incorporate the dance into the courtship. Sure, in Africa they have another wave. Black people are much more fun than us. More relaxed. Funerals are not Italian tragicomic dramas or Jewish like ours. They're cheerful goodbyes. Well, if they're cheerful!

The thing is that someone put up a video of Benjamin's company, which is called  “Dancing pallbearers”  (something like “Dancing Carriers”, put it on), and made a meme. Who was the one who brought them to world fame in 10 minutes? Hence to be the most watched quarantined memes in the world, a nothing.

The thing is, journalist Noelia Antonelli interviewed them and asked them “Would they be at the  Bailando 2020 ? I'm sure the boys have no idea what dancing is. But immediately they joined, with the classic African wave, to everything. To come to the country to visit, to be in the Dancing 2020, to dance for Noelia's Instagram. A few capos.

Will they come to take steps to Dancing 2020 with coffin and everything? Marcelo Hugo, phone.