“I have so many memories that I don't have any...” 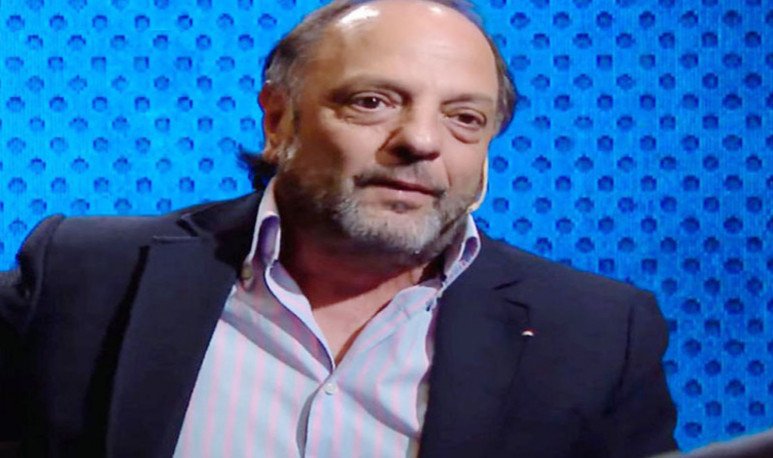 Verborragia, free association, catharsis, expulsion of issues, release... When it comes to “talking” Baby does not skimp words, he generously offers for the purposes of transmitting his ideas and feelings... “I have so many memories that I don't have any. My life is a succession of avatars, every day is an adventure, every day something happens to me to tell. I'm writing my biography and a lot started to come out.”

From which place do you draw your resilient strength? What motivates you to continue in spite of everything? I fight because I come from a Basque family. Basques are fighters by nature. My old man fought against the  discrimination  of the humble. Within the mediocrity and the Argentine chatura, it is not understood that when I talk about the gay or the humble it is because  I do not discriminate them.  There is a lot of hypocrisy and unknowns, I fight it by saying everything I feel. When my wife died, I realized my own death and began to live more intensely. I took the filter out and I say and I do everything I think.

In Latin America there is an extremely  aboriginal essence. In Argentina we continue to turn around the leather obelisk with the torch. It seems normal to them to kill themselves on a football field, break the Plaza de Mayo, throw flares. We're happy with Maldonado and the Mapuche. Populist governments like Kirchner use the idea of primitive peoples, it is very similar to religion.  All oppressive methods look alike . If Jesus had been rich, they wouldn't have chased him. If he had been fat, they wouldn't crucify him and if he had been ugly no one would tattoo him...There is a man handling market and man does not realize it.

When you work, do you do catharsis or have a preset script? I sit down and don't know what the editorial is about. There's so much to say. I'm thinking all day, day and night, I wake up 4 am with an idea for the other day. In my team we don't organize, everyone says what they want. What do you think about  women's movements ? If they take me to the square to support battered women physically or psychologically, I go. If you take me to say that those who have a penis and prostitute themselves in the red zone and you have to help because they're ladies, I'm not going. If they tell me I have to go after those who have a penis and are ladies, I'll go.  Here are all the topics : abortion, gay people, return Cristina or Macri cat. I don't get bogled with that. It's all premeditated, here's a basic issue that is that Cristina doesn't have to go to jail.

What do you bring to our country? Teach people to talk. I show that  talking is not  a bad word  , teaching to say things the way you feel them. Euphemisms such as “Madam President would be suspected of corruption” are used. I say, “The chorra stole and it's checked.”

How do you see the future of our country? Okay. This is very simple:  you can't build a building on a dung foundation.  The foundations have to be firm, and our president is an engineer. If he throws a brick, the manure goes down. We have  to do a thorough cleaning of the corrupt  and make them pay their guilt and screw them. You can't live with criminals. If your homeland is your home, you wouldn't live with a  pedophile  uncle from Independiente, a chorra mom like Cristina and a degenerate father of justice like Oyarbide.We have to make a country where it makes sense to strive.

You can live better

About your work, what will you award for the theatres to be filled? People need someone to speak for them. People cry like me, don't make ends like me, I don't grab envelopes. I'm explaining to people that you  can live better . I don't know if you can change a country, but if you talk at least you don't feel such an idiot.

A tip for the Argentines?  Authoritarianism stole our thought . We have to get the word back. People have to get their  word back. It was lost even in the media. Getting people to express themselves is essential to regain freedom. The word is wonderful, it is man's greatest virtue. My old man forced me at the age of 9 to read the volumes of Argentine history. Then he gave me Shakespeare, Cervantes with Don Quixote... I thought it was a punishment but no: he gave me my future... If there is something that seduces and excites more, it is the Word.

The country we don't look