Argentinian actress, model and presenter. Ingrid Grudke came to the world on January 23, 1976 to make him his own with talent, beauty and presence. 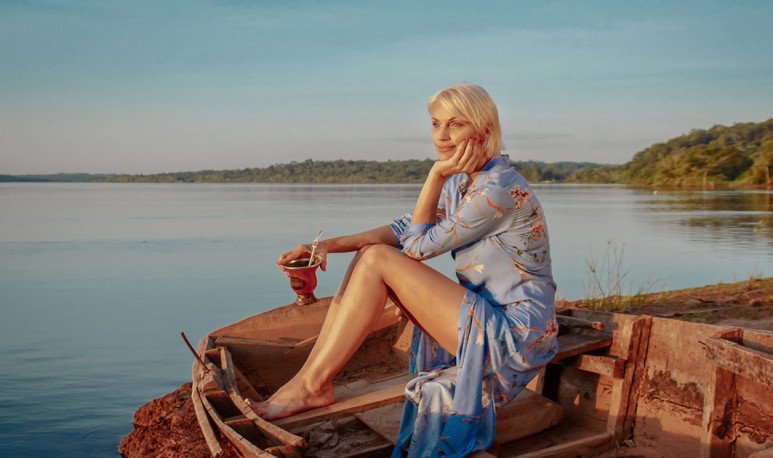 Ingrid Grudke  was born in the city of  Oberá  , Misiones. He comes from a family with  parents descended from German and Swedish  immigrants   . Those who raised her together with her three brothers in a typical missionary farm producing yerba mate and tea. Her childhood was surrounded by nature, farm animals and away from the big cities. In fact, I had to walk daily 6 kilometers to get to the rural school in colonia de Los Helechos. However, at the end of their primary studies they moved into the town, where he began to attend secondary school. He did it at the Amadeo Bompland National School and immediately won his peers through his charisma and sympathy.

During adolescence, she came to participate in several regional beauty competitions, even from the rest of the country, but her great opportunity came at the university stage, when she went to visit a friend to  Inns .  There, she was discovered by an Elite Agency scouting . From there, the missionary begins her professional career, which took off never to land again. After being elected, she settled in the city of Buenos Aires and took her first steps in the modeling universe. Then, just 6 months of work, she was selected to go to Barcelona, which made her gain success and visibility.

He then returned to Argentina with more experience about the environment and began his profession more clearly.  From 1997 to 2000, he came to film 36 commercials for our country, Chile, Uruguay, Bolivia, Brazil, Mexico, USA and Germany, among others . At the same time, their participation in renowned campaigns increased progressively, as did the parades.  While he continued to work abroad, he never let go of his hand to the Argentine industry . 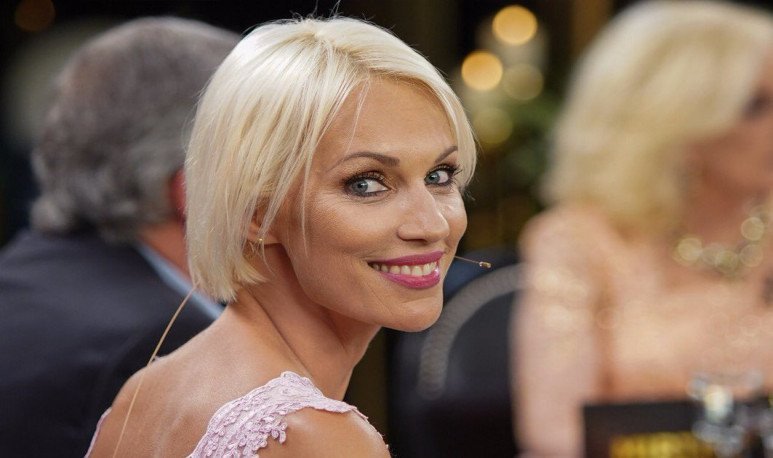 2001 represented a hinged moment in the life of Ingrid Grudke. He gave  thanks to the haircut  that led to an abrupt and characteristic change of look. He quickly became the  Top Model of the moment  and there were no magazines, no catwalk on which his face was not present. In January 2002 he returned to work in the United States and filmed the video for the song “Yo puedo hacer”, alongside Ricardo Montaner. In late 2002, he took the stage at the Teatro de Revistas in a production by renowned Argentine comedian, Nito Artaza. While by 2003 its popularity was already a consecrated fact.

Also,  he participated in the film “Dad went crazy ”, under the direction of Rodolfo Ledo, next to Guillermo Francella and Lucía Galán. The film broke records at the box office and gave him the chance to participate in the Argentine Film Festival. The event took place in the American city of Los Angeles and had her as the team's only special guest. Later, in 2005 he conducted the program Tendencia on Canal 9. It was a fashion cycle where he interviewed renowned figures in the show, music and sports.

Argentine Ambassador to the World

In 2009, Ingrid Grudke was chosen by singer Don Omar to star in the video of the song “Diva Virtual” . The impact of the latter was tremendous and was awarded in the Billboards. Again, the image of the  model  began to circulate around the world and conquering with its beauty. However, in 2010 she had another high impact on her career that took her to Paris, France. It was by the hand of the designer Jorge Íbañez, who presented a collection called “Evita” as part of the Bicentennial. There, the litoraleña model  performed and played Eva de Perón  in such a way that she thrilled the attendees. For these milestones and many more, today it is a classic name of Argentine modeling.