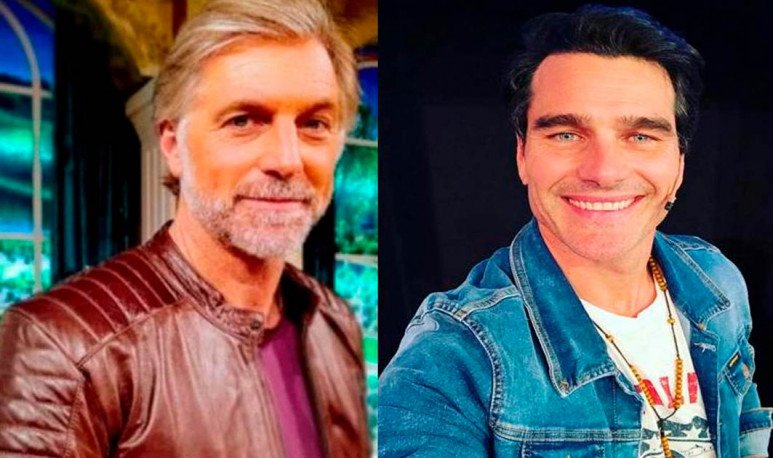 They have everything a great majority of Argentines crave: they are  attractive , they have a lot of face and look, good public image and obviously thousands of  women  dead of love for both. Emerging from the competitive  fashion world, only after a long time open television after certain lobbies, seemed to assign them a leading and prominent place in audiovisual communication in this  quarantine . But their paths were not a fine route of roses and scented fragrances.

Horacio Cabak  and Hernán Drago  know by heart what it is to fight her hard until they reached the dream they fought since its beginnings. Although their paths seem distanced by a chronological question, they come from the same locality. Both emerged in the common media orbit they could conquer:  fashion . Originally from the Buenos Aires terroir, they grew up competitively in Olivos, but little by little they managed to grow in a very demanding area.

Excelling for their physical appearance and presence, they soon became  kings  of catwalks and advertising campaigns. Both came to the complicated television world and never left it anymore, interestingly united by appearing in a show that seemed the appropriate platform to make a place and grow little by little. “ The creative show ”,  Juan Gujis'  television idea to broadcast advertising ads, found them co-driving with the businessman with immediate success on the small screen.

The huge feedback that his presences in the tevé generated in the fashion world was undoubtedly immediate. Appearing first on the catwalks and then assuming the  conduct  of parades in the interior of the country along with other figures, they had their chance in the menada “ boba box ” and they didn't waste it.

Horacio Cabak did not waste the offer knowing that the model race could have a chronological limitation. Since his  notary debut  on Canal 9 back in 1984, he worked as a central animator or co-conductor on at least 25 shows. In the last decade he consolidated his profession in “ The Cage of Fashion “or several special programs of ElThirteen related to his initial work.

He recently decided not to stick to a television spotlight and during the quarantine he was seen replacing  Alejandro Fantino  in his evening cycle, productive times in which he did not tremble his pulse to be another panelist in “Polemic in the bar”. Now, in his spare time, his big media explosion finds him on  twitter  causing very popular impact  reactions.

Hernán Drago and the curious honeys of late recognition

The model from the outstanding Buenos Aires territory, six years less than Cabak, took a little longer to achieve his long-awaited stardom on the small screen. Perhaps convinced that he should take advantage every year parading, conducting events inside or the usual graphics campaigns, only in 2009 began his firm romance with tv.

Five years accompanying Juan Gujis in the “Creative Show “put him in the sights of the famous producers, something that exploded strongly in 2014 when he was summoned for “ Tú cara me suena ”, a cycle of musical imitations that gave him a prominent space. Over the last five years he grew steadily with several cable cycles, but his arrival at the Guido Kazka program “ Welcome on board ” this curious quarantine year proved decisive.

Dancing  unfearlessly  and participating in demanding physical tests, his presence in the prime-time cycle of ElTrece was his consecration, especially when he dabbed into the accompanying  humor   the gags of the main animator. Without taking advantage of its well-known aesthetic advantages, as it was natural, it caused an immediate television seduction that the production of the cycle makes the most of. Bouncing off, his task as an occasional panelist in the Pampita Ardohaìn cycle by cable grew to incredible levels.

Turned into indisputable  galans  that are not immuted by passing through the five decades or its lower perimeter, both understood that quarantine should not be an impediment to a necessary reinvention. Without parades or conducting events, they took advantage of this special moment of television to achieve outstanding prominence.

Cabak did not miss the opportunity to replace Alejandro Fantino, affected by this  season 's top disease. His presence in the evening zone of America was so successful that, after the occasional replacement, the authorities of the canal del cubito immediately decided to add it to “ Polemic in the Bar ”, where he looks like a funny  parish  of that entertaining coffee table in the prime-time strip.

Drago started in “ Welcome aboard ” and the producers of the cycle reviewing the minute by minute warned its impact on screen. From a couple of weekly appearances, the cycle found him as a stable member every day. Playing the role of  partenaire  of  Guido Kazka  's jokes, his dancing scenes provoke the feminine looks and complicity of the audience by warning him discarded of the look of “unshakable handsome man”.

Horacio Cabak and Hernán Drago, far from being uncomfortable with the avatars of a television in altered rennet quarantine, knew how to take advantage of the  opportunities . The response they both reached seems to have brought new fruits. Several producers are studying the chance to offer their own programs to both by 2021, a season in which  tv  will still have to be debated with the limitations generated by health quarantine.

“You live in the hope of being a memory”