Graciela Borges and Hector Olivera were also recognized for their career and talent. 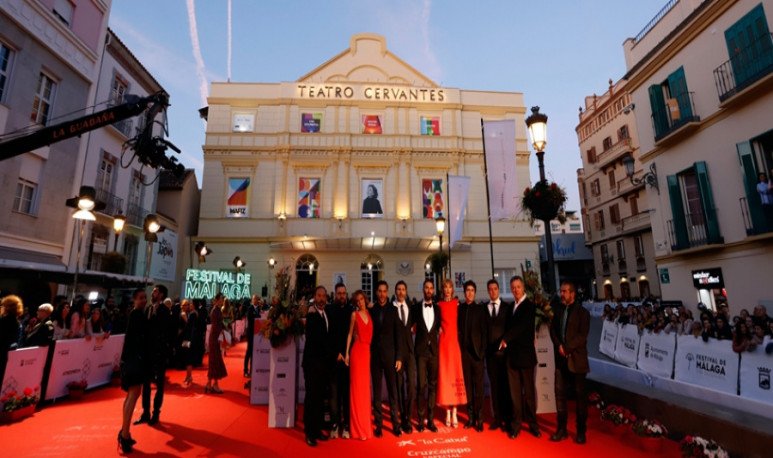 The National Institute of Film and Audiovisual Arts (Incaa) was honoured in Malaga City Council in conjunction with the holding of the Málaga Film Festival in Spanish, in which Argentina is an honorary guest.
The event was led by Mayor Francisco de la Torre Prados and Festival Director Juan Antonio Bigar, who gave recognition to Incaa for its 60th anniversary “as promoter of Spanish cinema” to its president, Ralph Haiek, in the presence of Graciela Borges, Oscar Martínez, Hector Olivera and other industry figures from both countries.

“ This anniversary is the best demonstration of the relationship between the Argentine people and cinema, which has been present at the Malaga Film Festival since its first edition, twenty-two years ago,” said De la Torre.
For his part, Bigar said that “we share with Argentine cinema, and especially with the Incaa and its current president, Ralph Haiek, a common tradition. We see in Ventana Sur -the market organized by the Incaa and the Cannes Film Marché - a reference point. That they are guests of honor is a prize for us as well.”
Graciela Borges and Hector Olivera were also recognized for their career and talent. “There is a phrase from Machado that says 'I only remember the excitement of things', and I leave full of emotions. I was happy at the Malaga Film Festival and I leave with a heart full of joy,” said the actress who will premiere in May “El cuento de las comadrejas”, by Juan José Campanella.

Olivera thanked Spain for having always opened the doors: “Argentine filmmakers have always had very strong ties with the Spaniards, we create films, but also affections.”
“ This award goes to the Argentinian cinema that is present in Malaga with his talent and with his films in Spain, which is our biggest partner for co-productions. That is why Argentina's presence in the Mafiz market is also so important,” said Haiek, referring to the Malaga Festival Industry Zone.
Actress Cecilia Roth will be honored, who will receive the Retrospective Award presented at the 22nd Malaga Film Festival.

“The lionesses” closed a perfect tour