Today would have been the birthday of Guillermo Brizuela Méndez, an unforgettable announcer, actor and TV presenter. Welcome to our tribute. 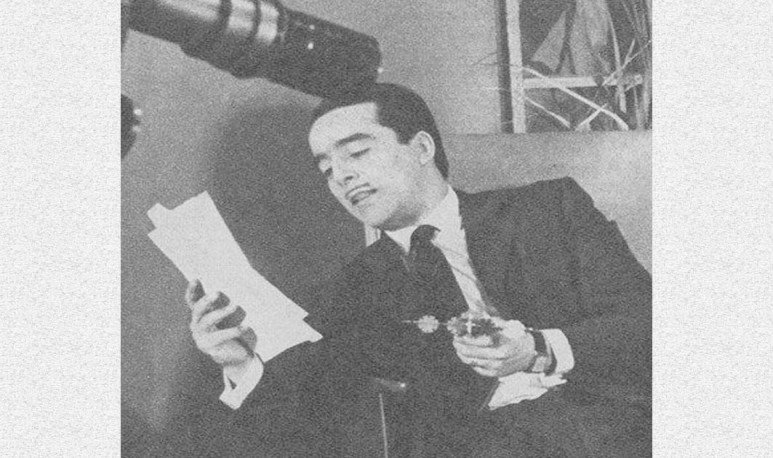 Today, dear readers of Ser Argentino, it would have been the birthday of  Guillermo Brizuela Méndez , a broadcaster, actor and TV presenter who has unfortunately fallen a bit into oblivion,  which shows how unfair we are sometimes Argentines.

Guillermo, whose second name was Alberto, was born on November 15, 1922 in   General Pirán  , a small town in the province of Buenos Aires (in the last census it had 2934 inhabitants, imagine the size; or at the beginning of the century). He died, 75 years later, in the city of  Buenos Aires .

As a young age, he moved with his family to  Mar del Plata , where he began to work as a postman at age 14 because  his father's death forced him to help with the expenses of the house.  In  1946 , with only 24 years of age and a lot of self-confidence, he offered as a broadcaster on radio LU9. Against all odds, they accepted him and entrusted him with the transmission of a race in which  Fangio was running.  He did so well that he was part of the stable staff .

Brizuela Méndez takes the leap of her life

Jaime Yankevich listened to him and invited him to work at   Radio Belgrano  , in the Federal Capital. He accepted and moved with his first wife (Clotilde) and the two twin daughters of marriage. But Yankevich was a very restless businessman and on October 17, 1951 he was responsible for a historic event for our country:  with a speech by  Eva Perón  , the broadcasting was inaugurated.oacute; n television in Argentina . And Brizuela Mendez, who in addition to having a great voice and a lot of professionalism was quite a waiter, was going to take advantage of it.

One of the records you have (and, given the paradigm shift, you will keep it forever) is having made 56 live announcements in one day. Already established as one of the usual faces of the channel, in 1954 he debuted in the cinema, in the film  Detective . But it would be television that catapult him to immortality: he drove the legendary Tropicana Club , accompanied Dringue Farías and Tato Bores  in The GESA family has fun and was a member of the unforgettable duo with Nelly Prince  . His program Escuela de announcers  inspired  Alberto Olmedo  to create the character of Rucucu and in 1974 he joined the cast of Porcelandia, a program starring  Jorge Porcel  . Perhaps the last of his successes is his participation in La familia Benvenuto , starring  Guillermo Francella .

He died at the Alemán Hospital on 31 August 1997 from a heart attack. Thank you for everything Guillermo! We're not going to forget you!