Home People Spectacle From when Brad Pitt lived in Mendoza

7 years in Tibet, 3 months in Luján de Cuyo, 13 dogs rescued: those are the numbers Brad Pitt left on his way through Mendoza. Because we are cholulos, we tell you the passage of the famous actor through our country. 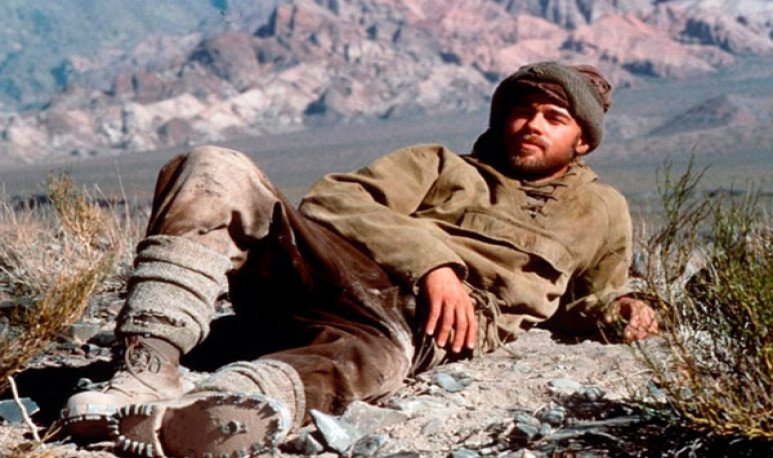 According to our Argento dictionary,  we 're cholulos.  This is  a very Argentine word that defines us as admirers of the members of the show. Also, as people we seek to  relate to celebrities  and  “take out veneer” . So we would define ourselves  in terms of argentinity al palo.  In this sense, and recognizing our  cholulity,  we tell you the story  of when Brad Pitt lived in Mendoza.

It was on September 21, 1996 that Brad Pitt arrived in Buenos Aires  with his girlfriend of the time, actress Gwyneth Paltrow. There, he was expected by  a private flight that would take them for the filming of the film Seven Years in Tibet . The film sets were  mounted especially in Uspallata.  When he arrived at Ezeiza airport, Brad Pitt  was surprised  and expressed it to the media at the time: “ I didn't know it was so famous in this country.”

Brad had to play an Austrian andinist  and his passage through Tibet in the film directed by Jean-Jacques Annaud.   Therefore, his permanent stay was  in El Cortijo,  in a large Spanish style Chalet. For the time being, renting it cost  about $10,000 a month.  However,  millionaire production,  would give everything for the comfort of the renowned actor. In addition to living there,  Brad and his girlfriend lived several days in the 16th Mountain Infantry Regiment  in the remodeled home of the head of RIM 16. This place had been  specially refurbished for his stay,  the media reported.

The area and location of the home were superquiet, as  Luján de Cuyo is not only characterized by its natural beauty, but also by its harmony.   However, fans and  paparazzi  of the time climbed the walls of the house in Chacras or  followed them even to Uspallata.   It's just that the  bargain  beat them and everyone was desperate  to see the Hollywood star up close.  That is why the house managers were forced to modify the height of the walls, in principle with wiring and then with a welded sheet structure. Thus,  they prevented people from climbing and spying on the couple,  guaranteeing them a little privacy. But, despite the intensity of the followers,  there were good memories of the visit.  Especially in the area of Uspallata,  where the actor spent  long hours.

The place functioned at that moment or as Lhasa, the capital of Tibet.  In this place, the actors next to the huge production team,  spent most of the filming .  The character in the film  was  Heinrich Herrer, an Austrian mountaineer who in the 1940s met the Dalai Lama.   From that meeting he received a decisive  spiritual and philosophical influence  that would mark him throughout his life. The film  tells all the learnings and shows the spiritual evolutions  of the character embodied by Brad.

To this day, the most striking thing about Brad Pitt and his wife's visit to Argentina  was the actor's relationship with stray dogs.  As usual, dogs came to order food,  but no one expected    Brad Pitt to adopt them and become fond of several of them . In total,  the Mendoza dogs temporarily adopted by Brad were thirteen,  according to local media. And he not only fed them, but he also took care that they had medical care and relocate them to responsible homes.   It is also said that, in order to be able to move them, the actor sent a truck to  be used exclusively for the animals  to the veterinary clinic of Dr. Sergio Biglieri, located  in Chacras de Coria.

Following his love for dogs ,  followers gave the Argentine dog to the actor , whom he baptized  as “Blanco”  and with whom he shared thousands of adventures. In an interview with the veterinarian from Mendoza, Biglieri confessed with laughter: “My first experience with Brad Pitt was  a terrible envy because it captivated the attention of all the women in the area.  But after little we started with my colleagues to value what he was as a person and his behavior with animals.”

A personal secretary of the actor approached the Mendoza professional to ask him if they were willing to pay veterinary attention to animals. Although there  was one condition: that the subject should not be spread until Brad Pitt had left the country  , that was why this story never came to light, which came to light many years later. Already  three of these Mendoza dogs had traveled with the couple to Los Angeles,  to stay with them. Other of the many animals he had temporarily were given  to people from Uspallata   along with a photo of him.

From the actor's circle  they say that this gesture  was a regular practice of Pitt in every place he went to film his films.   In fact, at his residence in the United States he  has a shelter where he keeps the animals until they are castrated and delivered also for adoption.  Did you know this curiosity about the galan?