Home People Spectacle Florencia Aroldi: “I want my plays to be seen by those who do not go to the theatre”

Interview with the daughter of the remembered Norberto Aroldi and actress María Ibarreta. 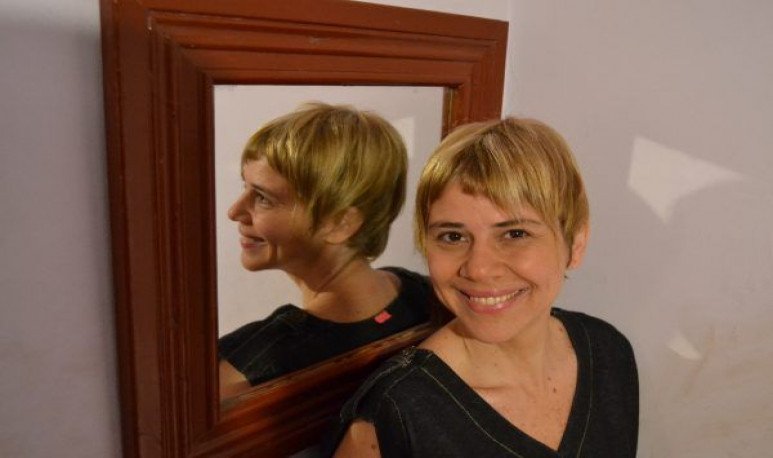 The prolific playwright  Florencia Aroldi  will premiere in August “PSA”, directed by  Carlo Argento  and performances by  Fabiana Rey  and  Celeste García Satur  , within the Microteatro cycle, while preparing “Garrafa”, directed by  Manuel Callau .

Daughter of the remembered  Norberto Aroldi  and actress  María Ibarreta  , published the play “Molinete Conventillo” and is about to give birth “Bed bunk”, directed by  Lorena Romanin  , with  Silvia Villazur, Cristina Maresca and Sabrina Lara  , to which he was adds up the replacement of its short parts cycle “Lattice 15/20", in the IFT.

“ For me to write plays, both for microtheatre and for the different cycles that make up short plays, is a fascinating exercise because I have to think of a hypercondensed theatrical device that at the same time tells an attractive story. In 15 minutes or 20 it is possible to achieve it,” said Aroldi. What makes a material theatrical is not its duration; I don't know what it is, but certainly not that.

What is the stimulus to produce scenic materials in continuity?

Florencia Aroldi:  -Writing is a desperate attempt to find meaning where there is no. Writing takes me out of philosophical boredom, is the resource I have to play and thus alleviate how unbearable this reality we live in is.

Writing for me is also, in addition to an act of noble vengeance, a way to convey love. Writing on request also allows me to find a wonderful encounter with people; we meet an actor, an actress, a director or director and I pass the post of something that has beating and which appears in the form of a desire for it to be written... and I hear, between mattes, a juice or a glass of wine.

- Theatre as a form of communion?

FA:  I don't hear only what I'm told but, also and above all, the silence that borders the words, then a memory appears, a phrase, a pain, we almost always go to his childhood... There's the whole palette of the alphabet of emotions I need and its “story to be told.”

- Do you feel like you have “teachers” or “teachers”?

FA:  Yes, many and many. The first were my parents, who unknowingly taught me at home and a lot; as a girl I read the poetry, tango lyrics and the theater of my dad, Norberto Aroldi, that marked me a lot. Then my great master was and is Maurico Kartún, as well as Raúl Serrano.

And my references, among many others, Cristina Escofet, Daniel Dalmaroni, Rafael Bruzza, Pompey Audivert, Griselda Gambaro and the immortals Discépolo, Beckett, Cortázar, Arlt, Macedonio Fernández. Of course the poets I read in my childhood: Maria Elena (Walsh), (José) Pedroni, Delmira Agustini, among so many.

- Where is your theater going, what audience do you want to interest?

FA:  -I want to reach more and more audiences; I know I write for a sector that is the middle class that feels subject of right to go to the theater. I would like my texts to read and be seen by those who can't read, those who don't go to the theater because they are not culturally summoned.

I'm interested in what I write in principle “amuse.” That's the question my old lady asks me every time I go to see a job of her: “Did you have fun?“; then comes the intellectual. First the theater has to catch you, entertain you, “have between”, as Kartún says.

But if after having fun, you were also excited, and then it makes you think a little or question you, I feel like I'm going where I want to go.

“I'm a poor unhappy who plays piano like the gods,” said Suizer, the “street pianist”