The Argentine actress could not overcome the serious complications that arose on Thursday night, when her health was weakened by multiple failures in her body, before a wide range of diseases that affected her in these years. 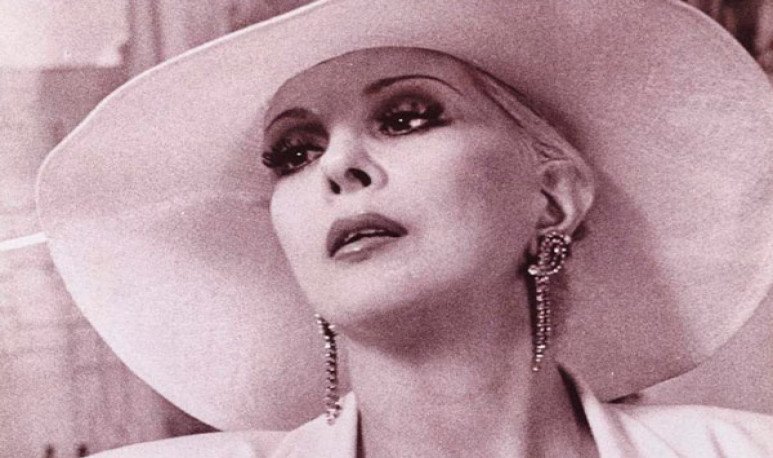 With an expected outcome knowing that her health picture was irreversible, this Thursday in the late hours of the night saw the death of legendary  actress  Libertad Leblanc, a outstanding figure of Argentine show business who shone incandescently in the 60s and '70s, provoking a furor with famous films that contained a lot of sensuality, eroticism and also a share of genuine humor. The relatives of Libertad Maria de los Ángeles Vich, such as his real name, had some tone of certainty about the impending outcome in the interpreter's health, but following a request from this figure, the famous “white goddess” died in her Buenos Aires home, a place where she had been born to meticulously assembled a small medical unit with all the necessary elements and the permanent presence of two nurses attending it.

The recognized figure of the national performance had been admitted due to a picture of pneumonia at the Fernández Hospital last March, but partly overcome this adverse clinical picture the artist was transferred to her home, where these last weeks of existence elapsed, difficult health situation when serious cardiac and renal difficulties have been detected, aggravated by Alzheimer's disease. After the serious episode that could be attenuated a month ago, his daughter Leonor Barujel-Vichich mounted very quickly in the actress's department in the Palermo area, a complete medical unit to care for her mother, place with two nurses who attended her 24 hours a day and the necessary clinical equipment to this complicated picture of health. 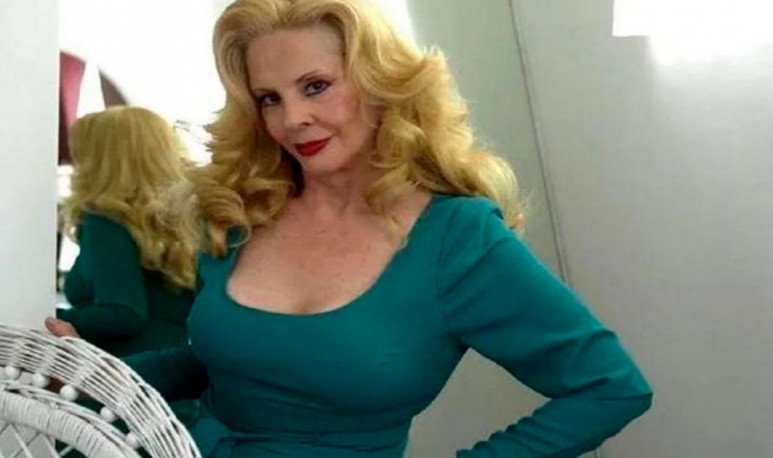 The health problems of this figure of the performance had already appeared quite a few seasons ago when the interpreter suffered a heart attack in Spain, where she had two houses and a prominent nucleus of friends. At that time, his heart failure triggered an alert about his life condition, when Spanish doctors prevented him from returning to Argentina due to the condition he had suffered in Hispanic soil. That fact triggered the despair of the artist, when several Spanish doctors told her that she could not travel back to our country. During an interview given on that occasion, Leblanc recalled that “the director of the sanatorium told me that I could not come to Argentina because it was very serious what happened to me and they had to investigate. And I told him I understood, but I wanted to go to my country before I died. I had to sign a note in which they were disconnected from responsibility; and I'm here doing all the treatments and what I need,” such as his reflection on what happened some seasons ago.

The renowned Argentine actress who died at the age of 83, filmed more than thirty films,

without forgetting numerous works developed in Mexico, where it was a beloved legend for the Texan population and naturally all those Argentines living in North America at that time. The interpreter was never able to recover from the heart tone problem that occurred in 2018, when the national figure moved to Spain to sell one of her departments, where she suffered a serious heart condition that delayed her return to the country. that episode, the so-called “white goddess” never recovered physically again, even facing a treatment about her malaise in Hispanic soil, presenting decay, little mobility while staying a long time in her bed, complications that months later rose when a diff was detected. Cyl picture of Alzheimer's. At that time his daughter Leonor, the result of Libertad's fleeting marriage with theatrical businessman Leonor Barujel-designed a home stay for his mother. Leonor lives in Switzerland with her husband and children. When his mother suffered pneumonia last March, her firstborn managed to travel to our country, but in the last hours when the outcome was approaching, Leonor did not get a ticket to visit Argentina, traumatic hours in which the daughter of the legend of the 70 began the efforts to coordinate a wake at a distance. 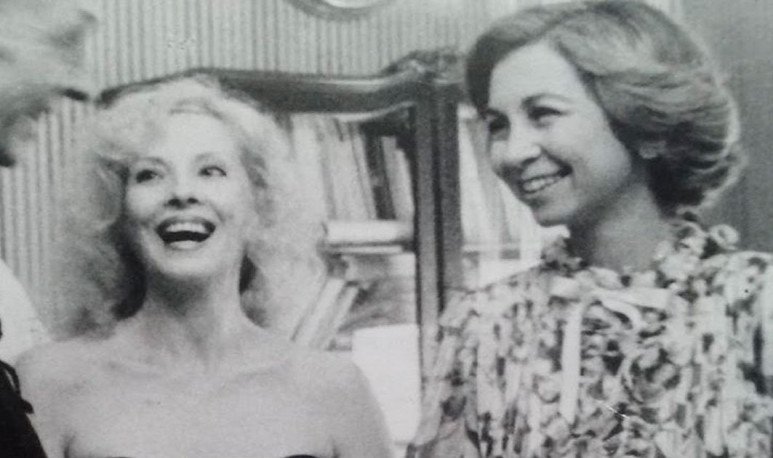 Libertad Leblanc, whose real name was Libertad Maria de los Angeles Vichich, starred in 30 films between 1960 and 1989 and, along with  Isabel Sarli , was one of the greatest sexual symbols of our country. Some of his most remembered films are “Acosada”, “La Demoniada” and “La Flor de Irupé”. His outstanding international career includes works in film, theater, television and advertising, areas in which he stood out thanks to his beauty, sympathy, naturalness and above all a naive humor that he exhibited in different situations with mastery and grace. The performer began working in some fotonovelas and independent theatre with Alejandra Boero, stage where her theatrical work found her occupying outstanding space in titles such as “Que viva la Libertad”, “La zorra y sus lolitos”, “El camino de Alfredo Alcón” and some plays theatrical in the United States and Latin America, not forgetting that, on television, this well-known star participated in the famous series “Alta Comedia”. His predisposition to work simultaneously in different areas was his decisive card to succeed on other platforms.

In his extensive filmography are titles such as “The flower of the Irupé”, “Harassed”, “The cursed Venus”, “Captiva in the jungle”, “Psexoanalysis”, “The dog”, “Maria M”, “Fire in the blood”, “The accomplice”, “Olga, the daughter of that Russian princess”, “Deliciosamente amoral”, “Fury on the island” and of course the remembered Franco-German co-production “De L'Argentine”, a work where she played Eva Perón, among others. As a woman with great independence, the interpreter stood out for not having a representative and managing all aspects of her career, including in charge of her contracts and the international distribution of her films. In times where she was stigmatized for her character as a “sexual symbol”, the actress very openly expressed her ideas about the role of women in society. In this regard, he noted that “feminism is social equality. Same remuneration, same right to enjoyment, to be thought like all others.” Very admired in different spheres of culture, it is recalled that in the book “Abbadón el exterminador”, Ernesto Sábato recounts a fictional marriage with this actress, a situation in which Jorge Luis Borges was witnessing the wedding. In the personal dedication, the author wrote “Para Libertad, with whom I married in some chapter of this novel, with my deep sympathy.” 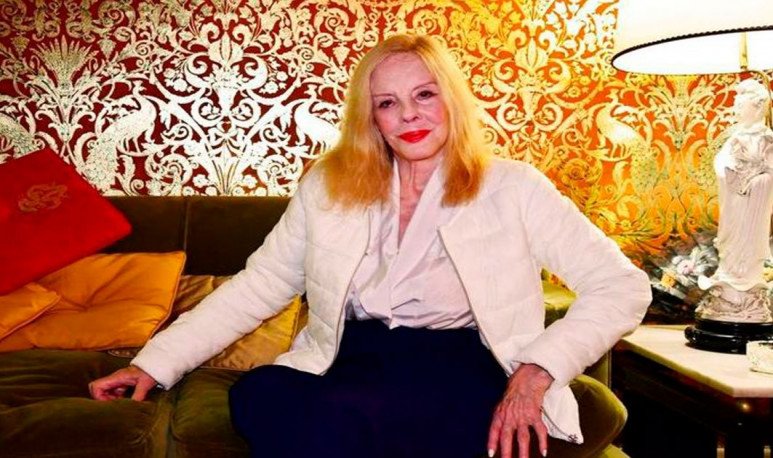 Libertad Maria de los Angeles Vichich was born in Guardia Mitre on February 24, 1938 and obviously chose to narrow his name in order to succeed in the artistic world. He filmed thirty films in the Argentine film industry between 1960 and 1989, as well as having worked in numerous Mexican productions. The blonda performer always managed to excel between 1960 and 1970, appearing in those years in numerous films in scenes of nudity and mostly naive sexual content, showing the memory of the film “Stalked”, recorded in 1964. Some of his films were controversial, such as “La Demoniada”, from 1968, which contains scenes of horror and vampirism, with explicit nudity. Leblanc was a determined woman. In the early 1960s, having performed only minor roles in films and theatrical shows, he accepted the invitation of a Venezuelan journalist to attend a film festival in Caracas. There, on the edge of the hotel's pool, while numerous guests present and several journalists devoted all attention to the great Argentinian diva Graciela Borges, Libertad took off her dress, exposing her shiny, sculptural body in tiny yellow polka dot bikini. Journalists swirled around that stunning unknown blonde. The sudden jump to notoriety meant his first starring film, “La flor de Irupé”, in which he made the first of the many nudes that would characterize his career and which proved to be a blockbuster.

very mischievous who set up the rivalry between her and the Sarli. In order to promote his first feature film, he suggested to producers a promotion poster with a black and white nude, and the phrase “Libertad Leblanc, rival of Isabel Sarli”. Although  Armando Bo  's partner did not say anything, the legendary film director went crazy accusing Leblanc of using the already international fame of Isabel Sarli's already international fame. On this point, Libertad as dead laughter said, “And I was right; but good: we spent nothing and it came out perfect” (laughter).

Fury on the island (1976) as Lily, and his last appearance in that format with Standard (unpublished, 1989) by Jorge Acha.

Georgina Barbarossa: “Doña nonsense is me”

Romulo Macciò: I have my head full of paint