Home People Spectacle “Doing dubbing is going to crossfit 15 days without stopping,” says one of the Argentine voices in El rey León

“Doing dubbing is going to crossfit 15 days without stopping,” says one of the Argentine voices in El rey León

Radagast (Agustín Aristarán) is one of only two Argentines summoned to lend their voice in the film. 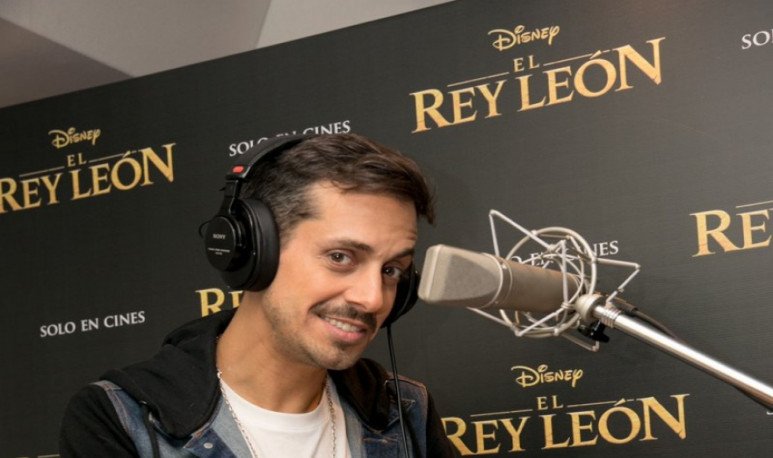 Magician and comedian  Augustine Aristaran , known as   Radagast  , said he fulfilled “a dream” by putting the voice to one of the characters in the Latin language version of  ”The lion king”  and compared the effort of the dublaist task with “going to crossfit fortnight without stopping.”

Rada  is one of only two Argentines  summoned to voice in the film, which also has the participation of well-known dubbing actor Sebastián Llapur  , as Mufasa  .

With theatre singlers, a stand up special on   Netflix  , an album with his band  Soy Rada and The Colibriquis , musical theatre in “Aladín, be á great”, an interview show on  YouTube  and even the foray into cinema,  Aristaran  managed, to work force for more than 15 years, to settle as a central figure of entertainment in the country.

Partly thanks to that he managed to voice  Kamari , one of the evil hyenas that threaten  Simba in the photorealistic remake of the 1994  Disney classic, which premiered on Thursday in Argentine cinemas.

Although they also helped many of his more than two million social media followers, who invited months ago to “viralize” their order to  Disney  to be taken into account.

“We had talked something to  Disney , but it was a remote possibility, so I was disfracted like  Simba , like he was a little angry because they hadn't summoned him for his own film,” recalled the  Bahía Blanca-born comedian .

Aristaran  talked about the meaning of the film in his life and his work as a doublagist in his “dream fulfilled” of being in “ The Lion King  ”.

T: How was the experience as a dublaist?

Augustine Aristarán : It's like going to crossfit fortnight without stopping. I got out of dubbing, because you're watching the movie in its original language, hence a coach will indicate the intention you have to achieve and then synchronize the lips of the character with what you're saying. Maybe it's a beautiful job I didn't know was so good.

T:  Kamari  's character in the film is made by K  eegan-Michael Key  , who is a very famous comedian in the  US  . How much remains of his spirit in building the character and how much is it yours?

AA : The good thing is that they gave me a lot of freedom to put my thing on it, although of course there is a line to follow and that has to do with the film and the whole plot and the way the characters talk. In fact, without changing the text, I was able to narrow down a few things.

T: To what extent were you able to filter your personality?

AA : In intent. It happened that there were some words that were weird for me, so one suggested changing it. But above all the personality in the actor in dubbing is in pause, in force, in the way you are saying it.

AA : It was a flash, I actually got Simba tattooed. He's in my  top 3 Disney . So it means, what it says, so it counts. The concept of family legacy,  Simba 's rebellion, reflection, love. The story of friendship with  Timón and Pumba .

T: What do you think made the film a “classic”?

AA : I think identification with every human being, as with Simba 's father who dies from betrayal. Something I was saying in some stand-up show is that when I saw that scene from “ The Lion King ” I understood that my dad could die. It is very strong the moment of death, so real and so raw, leaves a mark.

T: Is it a challenge for you to be able to access a more children's audience from this film?

AA : I didn't think so. The truth is that my style of humor and what I've been doing clearly doesn't talk to children, but I happen to have a lot of children's audience. When he was doing the show at the Metropolitan (“ Serendipia “) on Saturdays, we had overnight hours and children were coming with their parents and grandparents, and it was not a show for them either by the hour or what I said. But that happens to me. My album (” Dada “) is also heard by many children. Anyway, I think this movie comes to everyone, because I saw it when I was 11 and today I'm 35, and I'm going to see it the same with my daughter. It's a good thing about parents taking the kids to see a movie that marked them when they were their age.

You took it all, chinwenwencha