An investigation into that television program that revolutionized the way journalism is done through humor, intelligence and irreverence. 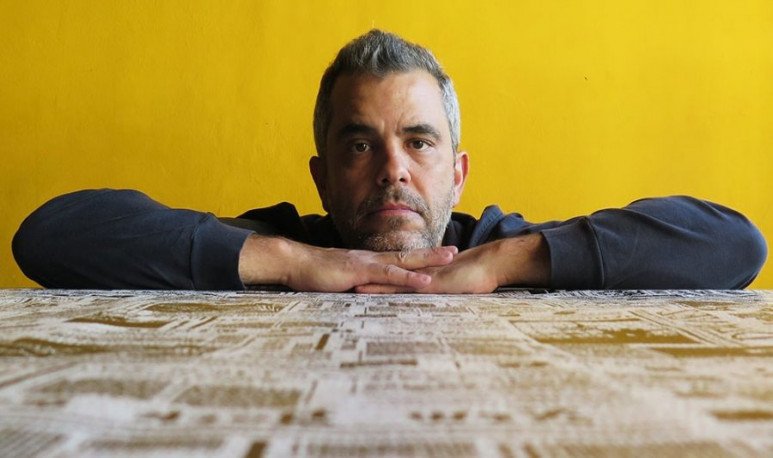 Journalist Diego Igal discusses in “La noticia rebelde” an investigation into the television program that, in the democratic return, revolutionized the way journalism is done through humor, intelligence and irreverence, and which was a success that set hundreds of thousands of people on the screen viewers.

The book, edited by GES, tells the intertelones of the birth of the program, the career of its drivers,  Adolfo Castelo, Raúl Becerra,  Jorge Guinzburg , Carlos Abrevaya and Nicolás Repetto , of the link with its producer,  Raúl Naya , as well as the social and political moment in which it emerged.

Igal  considered that for the creation of the program “the talent of the doers was fundamental, secondly the time of the channel and thirdly, the situation of the country”.

What did it mean for the television of the beginnings of democracy that “La Noticia Rebelde” had air on a state channel?

Diego Igal:  In those years of the return of democracy all channels were from the state except for 9, which was administered by Alejandro Romay  , to which precisely the creators of “La Noticia...“they wanted to offer you the program but a manager didn't open the door for them. That he was in what was then  Argentina Televisora Color  was an unbeatable and at the same time logical opportunity because at the time great and prestigious cycles were cooked there such as "  Mesa de noticias  “,"  Historias de la Argentina secret  “,"  Funcció, private “ ," Planet Earth "or" Limit Situation “, among others. It also partly represented the radical management view of making a quality bet against  TV  that had been seen in the dictatorship and seeking a more rational, democratic and cultured recipient, as former deputy Marcelo Stubrin says in the book.

What were the beginnings in terms of the audience and the keys to success?

- D.I.:  “La Noticia starts” in the summer of '86 in the time of “ Mesa de Noticias  “, a daily hit that had more fiction than journalism. At first the proposal was not very understood, the drivers were not well known and had some caution. But by the hand of irreverence and some interviews that were very daring at that time to Paco Jamandreu and Pedrito Rico, the program began to generate noise.

In the book he developed the hypothesis that the talent of the doers was fundamental; then the moment of the channel and thirdly the situation of the country. On the other hand, there is some DNA of the magazine” Humor "and “Satiricón” in the proposal and a lot of trade. I think it's no accident that both “ La Noticia Rebelde ” and those magazines are until today the source of thousands of anecdotes. It happened to me with this book the same thing that had happened to me with the first, about the magazine “Humor”, in that many people keep endearing memories of both products and that is not the case with others.

What sections of the program do you think renewed Argentine journalism and television?

- D.I.:  The interview conducted by Jorge Guinzburg and Carlos Abrevaya or Raúl Becerra  was part of the spine. Until then, interviews on TV were rather concessive or comfortable for the guest. Another key section was the Passing Revista, where chimentos magazines were criticized and, to a lesser extent, the show show. Between the two was applied a desenfado and treatment of the information in the key of humor that gave a freshness to the screen until then unpublished. On the other hand, he placed politicians on the plain or humanized them through sections such as Los Congresales (where a parliamentary session was recreated). Anyway, it opened the doors for  journalism  ever since then to be more launched and incisive.

- I.D.:  I did not find cases of censorship, but self-censorship, in the sense that there were certain issues with which they were not messed with (for example, the disappeared) or cared for (carapintadas). Also, at first, they were cautious about parodies towards members of the government. But in general what was there was rather a zeal among some party inmates, although it was a highly repercussion program and everyone wanted to be there.

From the reading of the book it appears that women did not get much on the program.

- D.I.:  Behind the scenes there was a certain gender parity, but in front of it is true that there was a minor participation. I think it reflected what was and were the media in general and TV in particular until a few years ago. There was a female presence in the role of stewardess or secretary, but at some point that was warned and changed. However, it must be said that there were very important participations such as that of  Teresita Ferrari , who first went out to make notes on the street with  Daniel Aráoz , and in the third season he joined the floor. Or  Juana Molina  who made characters who denoted women's magazines or the first programs that underestimated women. Both Teresita and Juana told me it didn't seem like it was a macho program or that the members were.

Challenge Route 23: bicycling the Andes with the sea

The initiative, always of the man?

He left me in pampa and the way