We tell you the story of this Cordovan actor who is played by cooking and already premiered a 2021 on the big screen. 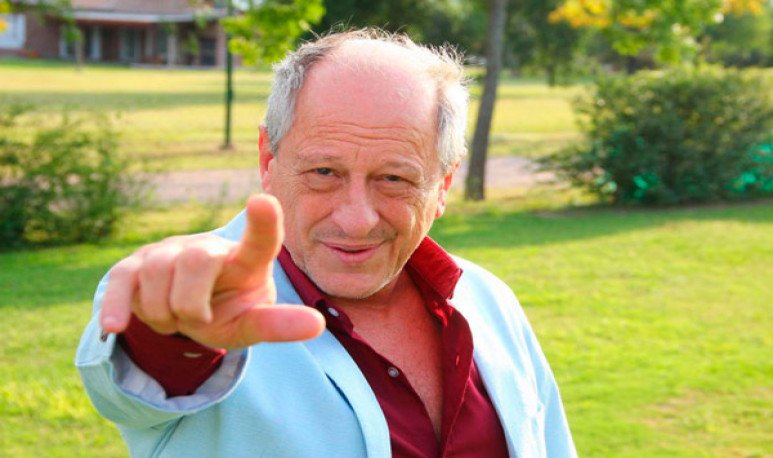 Daniel Pedro Aráoz  was born on September 6, 1962.    He is an  Argentine actor, comedian, theatrical director and television presenter, winner of  the Cóndor de Plata Award for Best Actor in 2011. He is currently participating in the  reality show MasterChef,  where he tries to develop his  gastronomic skills  .  It is a very beloved personality  in show business and super outstanding, above all, for his participation in cinema.

Daniel, to the surprise of his followers,  did not study dramatic art.  His talent was born from pure practice and  from the depths of his being , without the need for academic or formal training.  He started working on television in the  eighties in the  mythical comic television news series La noticia rebelde , by Adolfo Castelo and Jorge Guinzburg.

A key moment in his life  was when he met Buenos Aires actor Coco Sily at a New Year's Eve Party. From that relationship they created the play  Panic Attack.    After that experience , they starred and produced, they wanted to bet on the commercial circuit and Aráoz called Roberto Fontanarrosa. He told him they wanted to do something by adapting some story of his. The “Negro” said,  “Perfect, read the books and get whatever story you want,” Aráoz replied no, that he wanted  unpublished stories.  So they started building a friendship in the distance...

A role of terror

His latest performances on the big screen were featured  and with amazing cast. For example, his participation in “The Odyssey of the Giles”.  But the premiere that really impacted his entire hometown was  “The Longest Night.”  This Cordoba film was directed by Moroco Colman and is starring Daniel Aráoz, based on the crimes of the Cordovan serial killer Marcelo Sajen.  He tells one of the most cruel stories  in the province. A tragedies and horror film that tells  the biography of a murderer and rapist.

The premiere was on September 13 at the  official competition of the Oldenburg Film Festival in Germany,  where the director and the Cordovan actor were present to  “fly the Argentine flag and the Cordovan flag”, as Aráoz said. The longest night was also  supported by the National Institute of Film and Audiovisual Arts (Incaa) . It is currently  on the billboards of all national cinemas . The script is based on  La marca de la beast , a 2006 book  written by journalists  Claudio Glazer and Dante Leguizamón.

Aráoz perfectly fulfilled the difficult task of  playing Sajen, the real and serial rapist  who stalked the Cordobeses for nearly 20 years. That is why Moroco Colman's film is likely to enter history for several reasons; for now, one is undoubted: it is the  first national premiere —five cinemas in Córdoba put it on post- on the return  of cinemas   during the pandemic.

It tells the story of Marcelo Sajen, who  attacked more than 93 women  who were encouraged to denounce him — it is believed to have been more than double — in the city of  Córdoba between 1985 and 2004.  The victims, all young students who abducted on the street and forced to be hugged as if they were a couple. That's how Calvary began. High doses of impunity,  the hypocrisy of the Cordovan state,  the fear and struggle of a group of women who,  a decade before the Ni una minus,  led the claims in  a context of total helplessness.   These are the topics that go through the ominous of a story that lasts just over an hour and is already too much.