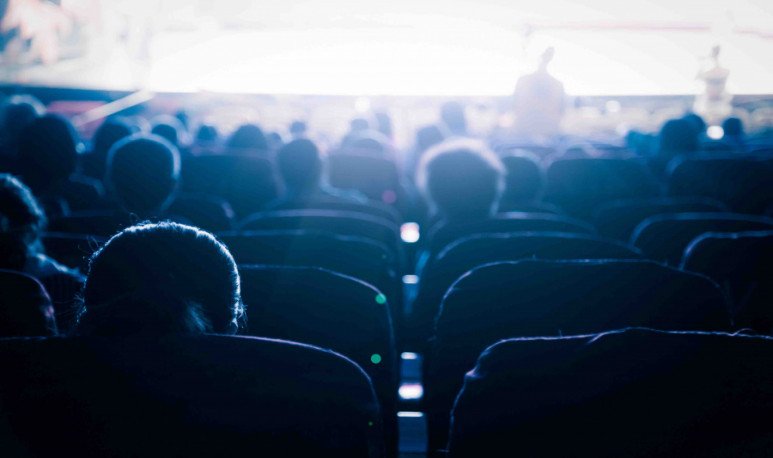 A young offender tries to steal a van but is trapped inside it in a sort of armored cell, at the mercy of its sole owner who communicates with him at a distance and somehow tries to prosecute him summarily.
It is the solo debut of Mariano Cohn, with Gastón Duprat author of films such as “The Artist” and El hombre de al lado”, according to his own screenplay, director of photography by Kiko de la Rica, and performances by Peter Lanzani, Dady Brieva and Luis Brandoni (SAM13, with reservations). Action/Drama

Documentary denouncing the deforestation of the planet and the reasons why it is occurring at speed, as well as the interests behind, the landowners and their gangs of hitmen, the distracted and corrupt coexistence of states and their institutions, and the brutal stripping of their rights to originating populations, in this case in the Paraguayan Chaco.
It was written and directed by Fausta Quattrini and Danielle Incalcaterra, with photography by Cobi Migliora, editing by María Mete and Quattrini, and music by Luciano Zampar (Cinetren, ATP). Documentary.

It is a documentary that covers Eduardo Pavlovsky's theatrical work, at the same time as his connection with his time and his social and political commitment is exposed. It also includes a record of the rehearsals of a staging with part of his works, with Pavlovsky himself on stage.
It was directed by Miguel Mirra, with testimonies by Martín and Federico Pavlovsky, Jorge Dubati, Norman Briski, Ricardo Bartís, Susy Evans and the participation of Eduardo Misch and Eduardo Pavlovsky and the participation of Diana Trujillo, María Marta Trezza, Edgardo Fons and Eduardo Misch (Independent, ATP, with reservations). Documentary.

In the history of the Argentinean American nationalized pastor, preacher and Protestant writer Luis Palau, who very young began a long journey around the continent to become a key figure in the world of faith.
It was directed by Kevin Knoblock, according to her screenplay, with photography and editing by Dan Rubotton, and music by Iván Gutiérrez Carrasquillo, with performances by Gastón Pauls, Manuel Espinosa and Alexandra Bird (Honfleur S.A., ATP) Biographical.

When the teenager Billy screams the word Shazam he becomes an adult superhero, imposing and muscular but with a child's heart and manages to accomplish everything that a child like him wanted to do but with superpowers, until he must face a real villain.
It was directed by David F. Sandberg, with screenplay by Henry Gayden, C.C. Beck, Bill Parker, according to the first plot and Darren Lemke for DC Comics, with photography by Maxime Alexandre, Editing and Music by Benjamin Wallfish, with performances by Mark Strong, Zachary Levi and Jack Dylan Frazer (Warner Bros. South. ATP, with reserves). Fiction/Fantastic/Action/Adventures.

“ Van Gogh at the Gate of Eternity”

Dutch post-impressionist painter Vicent Van Gogh moved to France in 1886, where he lived for a while meeting members of the avant-garde including Paul Gauguin, a period of spectacular masterpieces that are iconic throughout the times.
It was directed by Julian Schnabel according to a script and by Jean-Claude Carriere, with photography by Benoit Delhomme, edition of the same director and Louise Kugelberg, music by Tatiana Lisovskaya, and performances by Willem Dafoe, Rupert Friend and Oscar Isaac (Diamond Films, SAM13). Drama/Biographical.

Dr. Louis Creed moves with his wife Rachel and his two young children from Boston to rural Maine, and near his new home they discover a mysterious cemetery dedicated to deceased pets, hidden deep in a forest full of secrets.
It was directed by Kevin Kolsch and Dennis Widmyer, according to the screenplay by Jeff Buhler and Matt Greenberg, adapted from Stephen King's story, several times taken to the cinema, with performances by Jason Clarke, Amy Seimetz and John Lithgow (IPU, SAM16). Terror.

Since the passing of friend and partner Domingos Montagner, in 2016, Fernando leads the process of building a theatrologist and circus version of the opera of the same name for the first time without the physical presence of Domingos, but with new partners he found in the workshops taught by the duo by Fernando Paz and Filipe Bregantim.
Its directors are Chico Gomes, Julio Hey, Luiza Villaca, Pedro Moscalcoff and Luiz Villaca, according to script by Guillherme Morais Quintella, Gabriel Lancman edition and music by Marcelo Pellegrini, while his central figures are Chico Gomes, Julio Hey, Luiza Villaca, Pedro Moscalcoff, Luiz Villaca. (Artkino, ATP). Documentary.