Sofia Zelaschi stole the chef's heart. Find out how romance came about. 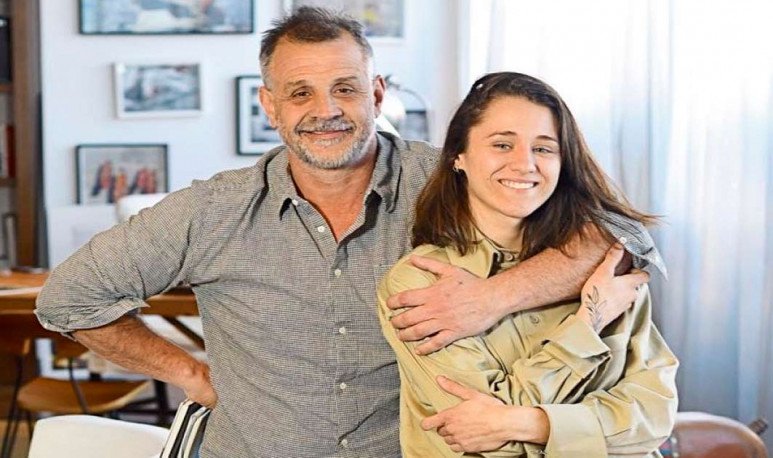 Christian Petersen is a jury at the “Grand Prix de la Cuisine”. Also one of the most sought after  chefs  in the gastronomic world, for his professionalism. But today is news for his personal life. In recent hours, he unveiled his new love relationship with Sofia Zelaschi, a former participant of the  cooking  program issued by the sign of “The Thirteen”. And the striking thing is that they're already living together. I'll tell you some details about how the events happened.

Christian and Sofia met last year on the show. She participated and reached the final. Unfortunately he did not get the prize, but his participation in the cycle kicked him in his career; and unknowingly he would also give it to him in love.

Months later, the turns of life and the comments of third parties encouraged the reunion between the member of the jury and the former participant.  Message  goes, message comes, they were encouraged to take one step further: that of getting to know each other outside the studios of a television channel. While within these, rumors about a possible sentimental link with Carina Zampini, the host of the Grand Prix of the Kitchen and companion of the cycle, were heard. The game of love insinuations, glances and smiles accomplices and permanent flirtation raised the suspicions of more than one. And the comments were soon replicated on social networks. There was even talk about “polyamor.”

The truth is that Petersen has been in a relationship with Sofia since March, as he told at Mirtha's table. They started a week before the start of social and preventive  isolation  , a circumstance for which they decided to stay together in quarantine. In this context, Sofia moved with her 4-year-old son to the Petersen loft located in the San Isidro neighborhood.

Petersen is 51 years old and Sofia 25. Asked about the age difference, the chef replied: " The truth that age difference is not a topic, we have a relationship where we always have fun, simple and quiet. Many believe that love is to feel dying, passionate and things. I think the most beautiful thing about love is to feel free, calm and confident... everything that Sofia transmits, a modern woman, hardworking, creative and great cook, but above all, free .

“ We are dating since March, full quarantine!On the one hand it is wonderful to be able to have such a nice companion and spend these days together, but today it's just walking around and taking care of ourselves at this stage. It is not time to project so much , “said the cook in dialogue with the magazine “ Caras ”. The young woman is the mother of a child and works alongside Petersen in her restaurant, and the secret to maintaining a good relationship for the jury is to “ live with emotional tranquility and cook rich together .”

And, well, the chef's heart already has a mistress, at least for the moment.