After releasing a video with the Argentine version of “Imagine”, Tamara Bella again summoned artists to participate in “Che, vos”. 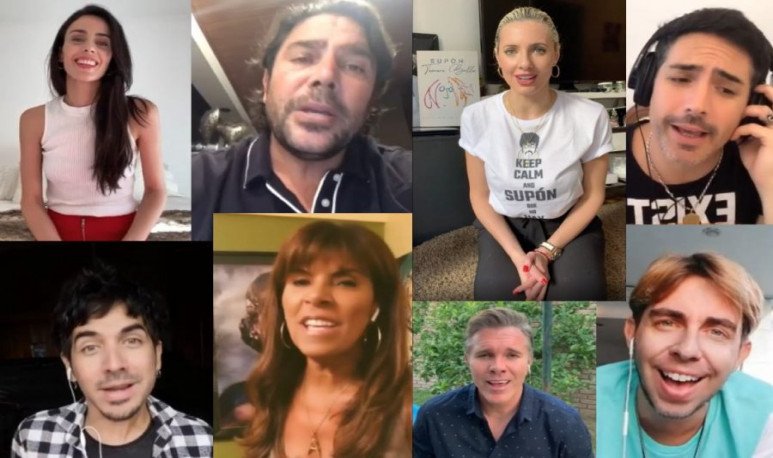 Model Tamara Bella is the creator of “ Supón ”, the Spanish version of John Lennon's “Imagine” song, which was trending on the networks a few weeks ago. Ignoring the criticism he received, and preserving the spirit of union and hope that he wants to convey in this quarantine, it was for a second part for this action, this time with the version of “Hey Jude”. The translation chosen for the Beatles theme? “Che, you.”

In the  video  of the Argentine version of the song some figures who had already been in the first part of this move participated, such as Matías Alé, Ivo Cutzarida, Mercedes Ninci, Anamá Ferreira, Gastón Ricaud and Daniel Campomenosi. In addition, Nicolas Maiques (former Floricienta), Gastón Angrisani (former leader of Los Mohicanos), Leonardo Centeno (former Cebollitas) and Bruno Ragon were joined for “Che, vos”.

At the beginning of the video, Tamara explains the reasons that led her to drive a second part of the initiative: “I decided to make this second video because I don't care about the reviews. You don't care about the criticism. Because the one who does does not criticize, just does and believes. So create and believe it. Che, you, believe it. Che, you, face it. Keep calm and suppose there are no borders.”

In a fun edition, the participants of the video sing the Argentine version of the song, each from their own quarantine. “Che, you, the sad blues turn around. Che, you, face it,” Tamara closes the video again.