Several of your favorite series have European origin, in this note we will take care of some Englishmen on time. 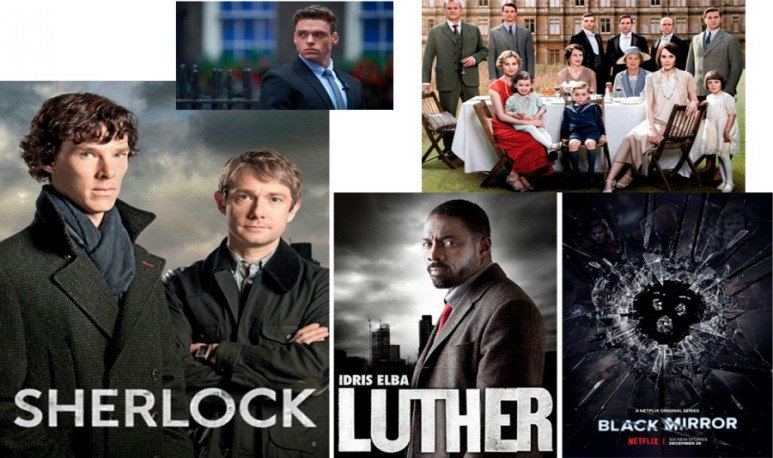 Generally when we think about series, our country of reference is usually the United States, perhaps by Hollywood association. But there are many who would be surprised to discover that several of their favorites have European origin, in this note we will deal with some Englishmen punctually.

We started with a classic,  “Downton Abbey” and  its 6 seasons that tell us a part of England from the beginning of the last century. An aristocratic family and its servitude, in a home/castle in Yorkshire County. Love, politics, intrigues and a lot of social life, ideal for those who love “period stories”.

“ The Fall”  is as hard as it is catching, a serial killer in the city of Belfast and a star detective (Gillian Anderson, the Secret Records X) who arrives from London and becomes obsessed with the case. 3 seasons where conflicts and dramas transcend the case in question.

Continuing with detectives, a modern and very creative version of Mr. Holmes in  “Sherlock.”  As you would expect well-complex cases and a higher mind you can with anything but with its own demons. 4 seasons, not all with the same number of chapters, where they look Benedict Cumber batch and Martin Freeman.

Perhaps the most weighted of this group is  “Black Mirror” , a dramatic version of a good possible future, where technology evolves so much that it conditions us, for worse? 5 seasons with stories in independent chapters. In fact, and conceptually showing technology and its conditioning, recently presented an interactive chapter “Bandersnatch” where the receiver can choose the courses of action in history.

Ricky Gervais, director, writer, screenwriter, actor and notable comedian, gave life (together with Stephen Merchant) to  “The Office” , a kind of parodic comedy, with documentary resources and typical English humor. rights and made 9 seasons in their own version.

And to shut down, we're going to three police, maybe the genre that suits the English best, very different from each other, but all remarkable.  “ Life on Mars”  has drama, comedy touches and a science fiction base, how is that? is that our main inspector, due to an accident, travels from 2006 to the mid '70s. The thing is that while he solves what he's up to, he tries to do the same with his life.  “ Luther” , with a notable Idris Elba, also shows us a detective, in this case one very prominent in the area of serious crimes, obsessed with work, extremely intelligent, albeit messy and stormy. It's 5 seasons, notable, but uneven in number of chapters.

Finally we recommend the most recent, one-season and even enjoying the novelty and success,  “El Bodyguard” . With Police Sergeant David Budd, a heroic war veteran of the British Army put to the test both emotionally and professionally, in a London convulsed by traditional terrorism and political disputes.

The English series have their own, and you have to watch them.