We tell you the story about the birth of Cordovan humor, a category unique in its kind that makes us burst out of laughter. 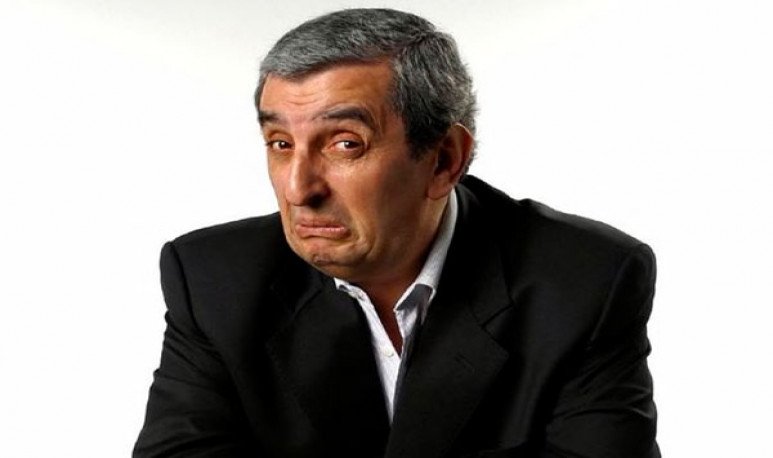 Carlos Alberto Álvarez is a Cordovan actor and comedian,  who represents a bit of Argentine idiosyncrasy,  but above all he shows the principles of Cordovan culture.  He was born under the sign of Libra in  Traslasierras, Villa Dolores,  on September 30, 1945. But, at the age of five, he arrived in the city of Cordoba with his family. There he lived part of his youth and began his musical career. But  he also began to emigrate  to other destinations: Mexico, Los Angeles and Buenos Aires. We're talking about the one we all know as  “El Negro Álvarez”,  the comedian who would come to fame, pass on the big screen, the girl and even fill theaters.

A day like today is born a star of Cordovan humor,  which despite its years is still in force, with some reviews. This artist defines himself as a musician who became a comedian, since his beginnings were made  by the hand of folklore.  Those who listened to him and heard him sing know that his origins as a singer are not innocent. His voice is privileged, and he was part of the  Argentine Duo, a duo  that even won a  Cosquín de la Canción Festival.  In addition, they recorded a record with a very important label. Everything was windy aft, but  the times of terror came:  the dictatorship canceled them. Censored, they had to scramble them up and reinvent themselves. From recording a record  with the best label , they went on to play in small events and clubs in which they went unnoticed because of censorship.  So El Negro decided to venture into the world of humor.

In an interview that reveals  a bit of his beginnings,  El Negro tells:

“ That's how I started with humor, because it was forty minutes of sweating and nobody paid attention to us. I started to get in the mood and with that I got people to shut up and listen. One day we had to show up at the Festival del Cabrito in Quilino and I was coming along the way of Jesus Mary and my companion went on the other side, a river grew and could not pass. Then I told Ariel Carrascosa, who was our manager: 'Loco we're going to have to return the guitar, 'but he said, 'Give me back if I already spent it,' and that's how I became a comedian.”

His memory still treasures the anecdotes of the beginning:

“ People's response was very good, but I had a huge scare. I looked at the clock and it seemed to me that an hour ago I was there and five minutes had passed, when I came down the mayor invited me to eat a kid and I was so nervous that I sucked and discovered that I could be on stage a while longer.and then I went on with the humor.”

Those were the impulses , the first steps in the field of laughter. And they went very well:  he got to radio, television and produced more than 30 albums.  “ He hired me LV2 where 'The Choripan Monster' appeared which was a boom in Cordoba. Nuccetelli was president of Talleres and hired me at that time for a humor mic in LV2 with a Rosario broadcaster Hercilio Pedro Gianserra and with that he exploded everything. I arrived on television with Julio Maharbiz who took me to Argentinísima, where I was about eleven years later with Silvio Soldán, and then with Mesa de Noticias. They were wonderful years, I even had my own program on ATC called 'Hora clav'”,  it has  nostalgia  and pride.   In parallel were the exploded t sports of Carlos Paz, the Folklore and Dressage Festivals, the love of an entire people.

All humour is political

The Negro stayed in time. In one of his last presentations, he gave the note. In fact,  he continued to be the usual comedian, with the style, themes and the turns of the turn-around.  But it was facing a  more awakened society,  a  more conscious population,  hungry for growth and creating a more just world. That is why he was labeled  homophobic,  misogynist,  capacitist and machist.  It is that the times that run are times of  revolution, of revision and above all of reflection.  As a society we are  reviewing our idols and, fortunately, we are becoming  a little more critical .

And it's not about “now everyone is harassed. There's a weird thing, I don't really understand. They're tearing me apart, so I'm going to have to leave the country, all the comedians are going to  have to leave the country . It's humor,”  as Negro replied to criticism. It is about understanding that  all actions have its implications , that  discourses   build realities . That public figures or people who have access to a microphone need to be careful about all things. Because they can  hurt, exclude and discriminate . And that is not negotiated.  Humor isn't funny if it's about minorities. Laughter can no longer be caused at the expense of someone else's suffering.  We are growing and changes need to be rapid.