Modifications, premieres and rearrangements on the small screen acquire vital importance, in another year with the pandemic as absolute conditioning. 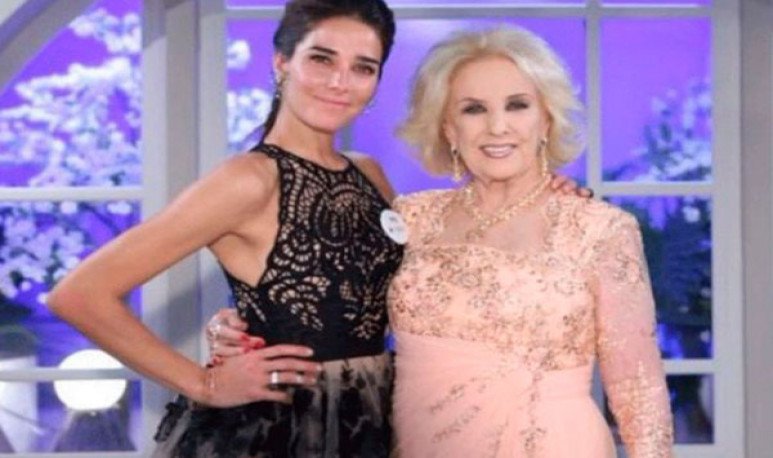 The shocking lessons that the 2020 season left for television signals have undoubtedly acted as a procedural manual in the programming offices. Everything happened last year, left conclusions that forced us to rethink strategies before a new perspective that more viewers are paying attention, immersed in their homes waiting for the second wave of contagions, the growth of vaccination and the arrival of autumn, as a potential climatic adversary in the previous of another imppious winter.

The surprise today is not such. Faced with the confinement decreed in the third week of March exactly a year ago, people returned to the small screen to see how an unprecedented health cadre evolved and also as a therapeutic companion in the face of the foreseeable impossibility of maintaining daily activities throughout of the day. The channels at that time reacted as they could, experiencing by inexperience the complications of a large professional campus affected by COVID-19, stage where screens divided into several windows resembled the cold quartz of a security agency.

Specialists before the existing picture, understand that in 2021 there will be more on, especially on streaming platforms, but open tv stations know that also the new autumn is the first opportunity to recover on, in front of today where only certain broadcasters hog the atenci on with its formats. Assuming that a significant part of society, especially those over 50 years old, will be waiting for the protective vaccine, observing voluntary confinement as the cases of contagion and devastating deaths in the day-to-day count grow at an accelerated pace. 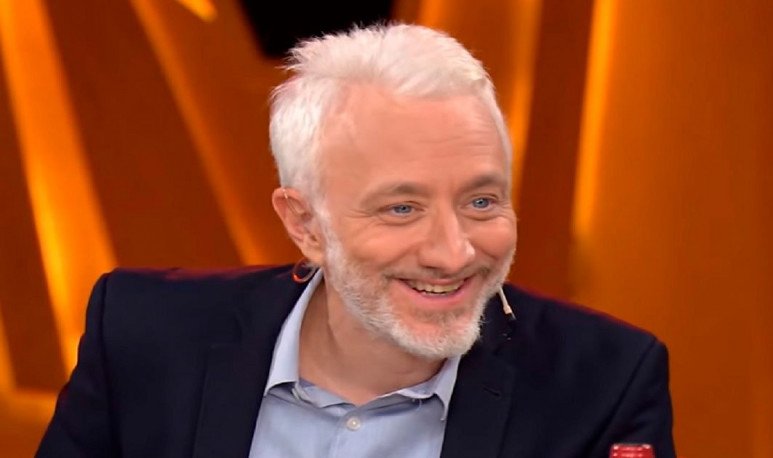 Programming managers know that this is the time to generate content that is installed fortified by the current circumstances. In a summer where public customs were surprised by certain rating measurements, higher than the rather squalid numbers of the past, the channels began the renewal of their grids, something that will be noticeable mostly in the next few hours when the announced premieres arrive, or the renovation of those units that observed good performance last year.

“El Nueve” took the lead in recent hours modifying a high percentage of its on-screen content. Several premieres since last Monday coparado the signal located in the neighborhood of Colegiales, among them the political magazine “Fuego Amigo” led by the duo Catarina De Elía and Diego Schurman, a cycle that will focus on the election year and the different social alternatives to the disjunctive between government and opposition. Located at 23 hours, it replaces the journalistic program that host Viviana Canosa had during 2020, a traumatic departure that led to controversies and cross-accusations between the cheerleader and the channel's content directors. The broadcaster strongly emphasized the socio-political profile of its cycles, so it was not surprising that, among the announcements of future appearance, there is a supposedly humorous program, conducted by the former Telefé content manager Claudio Villaruel on Sundays at 23 hours.

Another of the programs that debuted on this station on Calle Conde, was “La hora exacta”, a cycle of entertainment with the pleasant duo that make up Teté Coustarot and Boy Olmi, a friendly duet of television figures very loved by the audience, a format of questions and answers that allude to the topic. national policy as the central axis. Another premiere on the ex-screen of the “white popcorn” was the cycle “Está en your hands”, a magazine with a lot of news and show run by Edith Hermida, accompanied by footballer Turco García and model Mica Viciconte. Of the releases put on the air, only the one conducted by the journalist and the filmmaker in the question contest, had an acceptable ignition guarism, while the other premieres did not move the ammeter in a very cold and distant signal with the traditional viewer. 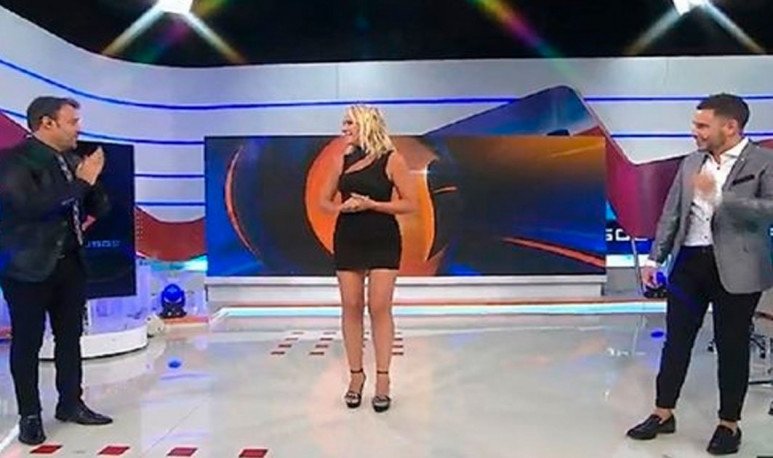 As expected, the main battle will be fought by “Telefé” and “El Trece” throughout the season, in the various weekly schedules, a situation that is already foreseen in the next few hours the start of some formats that had a foreseeable summer break. This Saturday 20 March at 22:00 hours, radio and television animator Andrés Kusnetzoff will return with his night magazine “Podemos Tallar”, a cycle that in its operational structure includes a block with the guests having dinner with the exmobilero of “Caiga Quien Caiga”, something that raised suspicion with another cycle of competition.

The return of Andy Kusnetzoff at this point of the year, seeks to get, even more not with a week ahead, capitalize on the interest of all those who stay at home entertained on Saturdays with the traditional “boba box”. This hasty return is understood by warning that, unlike other times and days, the battle between the pelotitas channel and the station of the solcito does not hold the triumph of the first with some slack, location in the prime time of the weekend where the unexpected presence of Juana Viale with her grandmother's cycle, has achieved many times exceeding the numbers of the gray FM radio driver.

Taking the precautions of the case and evaluating the strategy to maintain an excellent response on Saturday nights such as Sundays at noon, these usual dinners and lunches that led before the pandemic led   Mirtha Legrand   , now passing the posta to her attractive granddaughter, will begin on Saturday night, March 27 at 9:30 p.m. when the young actress and host returns to these gastronomic meetings of the weekend, waiting for her grandmother to receive the second dose of the Russian vaccine. When Legrand is fully vaccinated, she and her grandson Nacho Viale will define the format and number of appearances of the legendary star who turned 94 last February. Through a couple of interviews given in his last onomastic, the TV legend has already made it known that it will only be a couple of Sundays a month, until the sanitary conditions change. 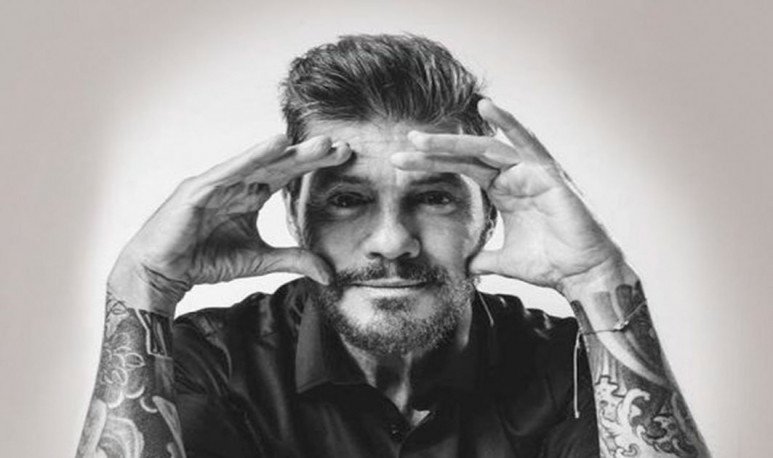 Several premieres still come to life on the screen of the Constitución neighborhood channel and delays, naturally disturb the successful content director Adrián Suar, not only because of the low measurements that the famous broadcaster gets in recent years, but also by the excellent numbers that Telefé reaches in the last five years, with a grilled full of Turkish fictions and various local formats in the most competitive night stretch of the night. To the effectiveness of the central news broadcast animated by Rodolfo Barilli and Cristina Pérez, the sequence is completed with “Minuto para win” with Marley and”   Masterchef Celebrity 2   ”, the demolishing aircraft carrier of the signal of the three pellets since the end of 2020.

The huge and inocultable concern of the actor who founded “Pol-Ka” several decades ago is logical and understandable. The new season of “Telenoche”, in this case led by the unraveling and abulic duo that make up Diego Leuco and Luciana Geuna, does not seduce or generate empathy, losing by more than three points with the competition in the difficult stretch of the 20 hours, when people turn on the televisions. Guido Kazka, commanding sympathy on the verge of the tolerable “Welcome on board”, pairs as far as he can the averous rating numbers, but currently the Mexican novel located at 22:30 eats a monumental thrashing, when “Masterchef” takes twelve to fifteen points of difference in the decisive “prime-time” stretch.

In “El Trece” they trust, but without falling into triumphalism that the expected return of Marcelo Tinelli, who inexplicably last year decided without justification to marginalize himself from driving the “Cantando 2020”, provokes a change in the undeniable night trend of recent months. The return of the successful skeleton-Bolivarian entrepreneur, scheduled for the first days of April, is the big bet to straighten the numbers of a channel that has long lost the magic and charisma of familiar tone of other times. Likewise, several specialized media warn without hesitation, that it will not be easy to captivate an audience that much of the week prefers to see the famous cooking in front of three experienced cooks. 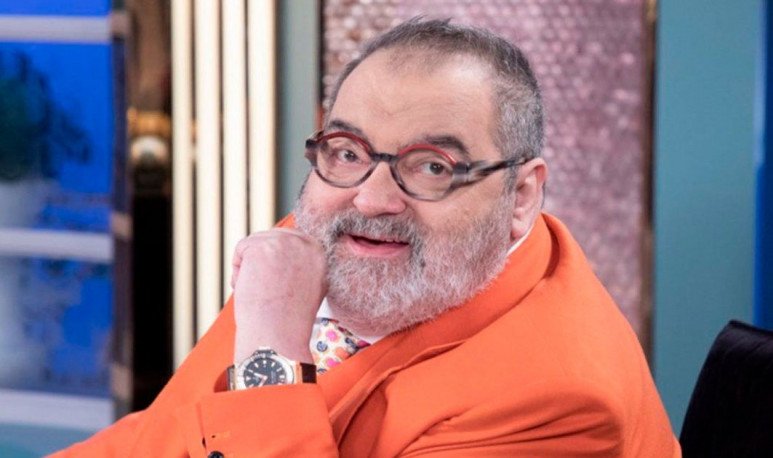 In an election year, Jorge Lanata's return with his cycle “Journalism For Todos” in its module “PPT BOX”, will only happen in May, as long as the journalist's health observes the best after several complications that the radio and tv animator experienced in the latter weeks, forcing him to double emergency hospitalization at the Favaloro Institute to make him a high-impact angioplasty corrector. Until Lanata continues with limited activities, the solcito channel will continue to pass films, a format that at least somewhat attenuates the brutal difference in rating that “Masterchef Celebrity 2” gets, with the usual elimination night.

In America TV the grid is slowly taking shape with the appearance of the programs that were being prepared during the summer. The premiere of “Es por hólo” a new format with the direction of Guillermo Andino, a specialist in getting into these formats to settle them on screen, debuted with acceptable response, a cycle that adds Soledad Fandiño's participation as co-equiper of the station's experienced journalist. The signal for the Palermo Viejo area already officially made the 21 season of “Intruderos”, now led by the duo Adrián Pallares-Rodrigo Lusich, who with other panelists keeps the ignition figure of previous seasons.

The grand premiere of the year, undoubtedly will be “TV Nostra”, program that will start on Monday 5 April at 21:00 hours, with the lead of Jorge Rial, accompanied by Diego Ramos and the old former — panelist of”   Intruders   ” Marina Calabró. The format, with greater political tone than other experiences of the well-known animator of the magazine farandulero, will debut with an interview that lawyer Matías Morla granted in these hours, to allude to the death of Diego Maradona and the responsibilities he is assigned to him. Leaving the hours in silence and without overtaking too much on his new television ship, the conductor of the historic 2007 edition of”   Big Brother   ” will seek to fortify the station's night strip, which improved its measurements with Jey Mamón and the entertainment magazine “Los Mammones”, a format that works as a friendly late-night in a signal with lots of live programming, true to the style proclaimed in recent years. ; os.