In a few days, three well-known productions will be released, works brimming with well-known artistic figures, at a time when uncertainty flies over theatrical activity in the face of new health restrictions. 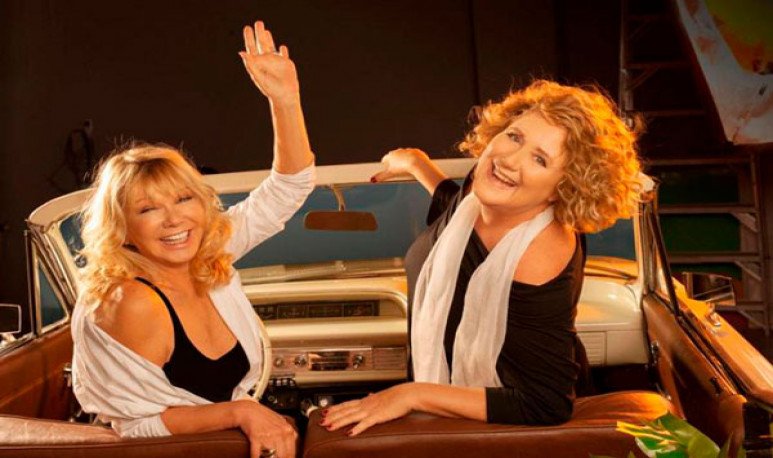 Times are running, situations change, but the  pandemic  that officially forced almost all public activities to close on Thursday, 19 March 2020, is still aggressive, latent and deadly, but slowly on track to mitigate with all vaccination processes currently taking place around the world. During those days after the foreseeable ASPO announcement formulated by President Alberto Fernández, through a strong DNU emerged on Friday 20 from that traumatic and unforgettable temporary situation, everything that meant a massive concentration of people was annulled, including theatrical works on/off located in various arteries in Buenos Aires and other provincial places.

Only 376 days passed that night where that world we met seemed to collapse, a year and weeks where countries lived and lived very dramatic situations, but now hoping after certain global reactions to offer resistance to a life-changing problem in the planet. Many activities returned, with limited capacity or other measures which reduced their usual structure. The  theater , which gathered huge audiences in Argentina prior to the collapse generated by this serious affection originated from a country without penalty for what it caused, suffered horrible months of stillness, desolation and empty places that struck the industry in a devastating manner. The return of this  activity  at the end of last year was more fruit of the pressures that actors and entrepreneurs carried out than the interest of officials in allowing at that time the opening of a restricted activity that currently saves expenses or borders the limit of coexistence very close, with minimal picture of financial loss. 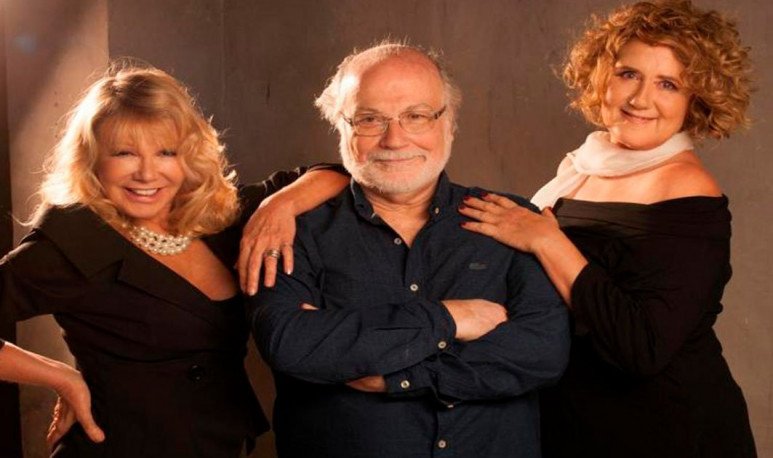 Knowing that the 2021 calendar will also be a hard year of transition and not of operational fullness, due to the slow vaccination mechanism and the disembarkation of the second wave of contagions with their modified strains, theatrical entrepreneurs took their precautions and decided to bet on the shows summoners, looking for each seat put up for sale in each function each end unfailingly hired. Paradoxically, with autumn disembarking relentlessly with its thermal consequences, three major premieres will arrive for the billboard of Corrientes Avenue, very injured after an extensive period of closed rooms and other places without functioning by strict themes of the modality & ldquo; homeworking”, something that caused closures of many commercial premises and their derivatives in the microcentro porteño artery. The shows that will be known in Capital Federal during the period 15 April/May 7 naturally attract the interest of the audience that usually gives quorum to this class of actoral performances.

With an official premiere scheduled on Friday, April 15, Soledad Silveyra and Verónica Llinás directed by the world-class filmmaker Manuel Gonzalez Gil will premiere the comedy “Dos locas de auction”, work by Ramón Paso with the original nomenclature of “What is better, to love or kill yourself? The artistic show of these legendary stars will take place in the beautiful hall of Teatro Astral, a place where renowned figures such as Martín Bossi or rocker soloist Miguel Mateos have performed in this new millennium. As presented in the great news dossier of this piece, “The family serves for good times, for regular ones, for the bad, and to do everything you would never do to a stranger, for fear of the consequences”, arguing the philosophy of this acting meeting raised by the popular duo in & ldquo; Two crazy auction.” 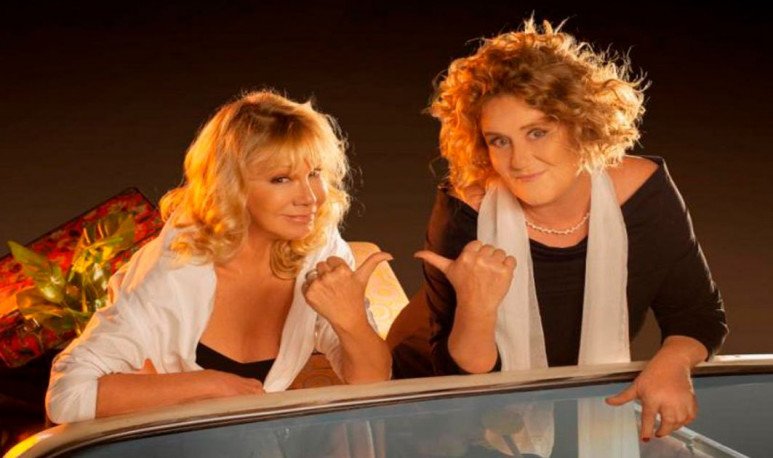 The story tells the reunion of two sisters who see each other again in a fun and desopilating duel, where they will have to overcome their past in order to have a future, giving rise to a crazy tragicomedy that shows the social background of complex family relations. The adaptation and direction of the event is carried out by experienced filmmaker Manuel González Gil, under the accurate artistic production that Juan Manuel Caballé develops together with Julio Gallo in the general production. The outstanding set design created by Jorge Ferrari, will be complemented by a particular focus on the lighting of González Gil himself, a crazy comedy with original music by Martín Bianchedi and sound design by Gastón Briski. The performances will take place on Fridays at 7 pm, on Saturdays at 20 and on Sundays at 19.

Soledad Silveyra resumed professional activity last year, after a prolonged period of recess obliged to recover from harsh physical inconveniences that occurred in the 2019 season, back to television with a very failed magazine for El Trece under the production of the firm “LaFlia&RDQUO , which lasted only six weeks. Expectations against a very charismatic pair on stage are important, but we should not forget that the Buenos Aires rooms today operate with a capacity of 30 percent due to current sanitary restrictions. In this sense, the outstanding fact of having chosen the Astral Theatre, a hall of enormous capacity, will allow more audience in each function developed. 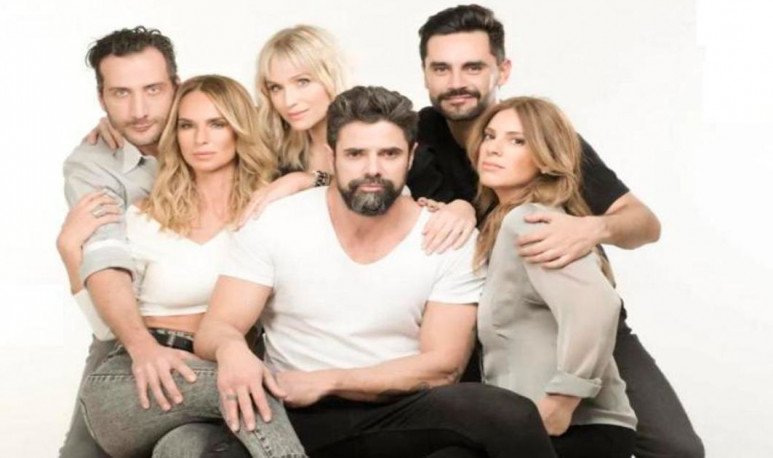 A week later, more precisely on Thursday 22 April, there will be a work that debuted two summers ago and which, due to the consequences of the pandemic effect, did not manage to land in the Federal Capital on the date it was scheduled for 2020. The comedy “Nudos” by the successful author Doris Dorrie will be seen in a few weeks in the Federal Capital, an event that will disembark the Metropolitan Sura Theater, with performances by such famous and popular figures as Luciano Castro, Gonzalo Heredia, Luciano Cáceres, Mercedes Scapola, Brenda Gandini and Sabrina Rojas . This work was known in the 2019-2020 period as one of the summer hooks on the marplatense coast, operating with a very good response in the coastal area, a situation that sponsored its landing in Buenos Aires planned for last year, but as all the activities with public flew through the air after 20 March, this show was stand-by waiting for better conditions for its realization, something that the producers considered feasible in the particular autumn 2021.

The play “Nudes” refers punctually to three couples who, at a certain point in life, realize how little they know about the people with whom they live and, consequently, about themselves. The story begins when during the course of a dinner they discuss various issues ranging from the happy memories of the past, not forgetting sex life as a couple. This is how this conversation at a time of the event to wonder if they would be able to recognize the naked body of their partners with their eyes

blindfolded, and they decide in that situation to put it to the test. The mighty challenge will become so

funny as dangerous and will reveal to all these characters things that they never suspected before. Naturally the presence of well-known artistic figures, who are also prominent characters from the aesthetic, will generate a lot of interest in dermal issues that speak for themselves, but the important thing is to focus interest on the text of a special work, reversed by Esther Feldman and Alejandro Maci, which features original music by Axel Krygier, member of the band “Sexteto Unreal”, an event that will go every week from Thursday to Sunday at 22 hours.

The third of the premieres scheduled for the current autumn season, sponsors the best expectations, taking into account its previous history, as well as those who will star in this new version. The colossal piece “A.R.T.” by the exceptional author Yasmina Reza, will return to the Argentine stage, but with a new cast, team made up of Mike Amigorena, Fernán Mirás and Pablo Echarri. The highlight is that the new trio of performers disembarks in this well-known artistic production, directed by the duo Ricardo  Darín -Germán Palacios, experienced artists who performed in Argentina and Spain with immeasurable success for many seasons. This piece will be seen in the Multiteatro Comafi complex, owned by renowned businessman Carlos Rottemberg, an expert in these theatrical lides. The discussion of these characters from the acting context gathered in front of a huge white picture, provoked a huge boom in those times on the theatrical billboard, boosting the career of its protagonists.

At the end of the old millennium Ricardo Darín, Germán Palacios and Oscar Martínez interpreted the story of these three dear friends, interestingly immersing in a special debate that begins with the purchase of a singular painting by one of them. These artists provoked an unforgettable theatrical phenomenon, with countless performances at the disappeared Teatro Blanca Podestá, on the famous corner of Talcahuano Street and Corrientes Avenue, a historic place that had them with towns sold out for many years, with the same result in each summer when they were moved to Mar del Plata to maintain the event in the summer times. The event was simply demolishing, a piece that at that time was directed by Mick Gordon, succeeding very quickly exceeding the million spectators, and then disembarking in Madrid in mid-2003. The acting show of these legendary figures returned to Buenos Aires in 2007, but at that time, Oscar Martínez left the piece being replaced by José Luis Mazza, both in the version developed in Argentina at that time, and later when it was performed again in Spanish territory. This piece that will now star Mike Amigorena, Fernán Mirás and Pablo Echarri is in the final rehearsal phase, with its premiere estimated at the end of April or early May, according to what the acting duo coordinate with the well-known owner of theatrical theatrical theatres.