The second season of the dinners and lunches now driving his granddaughter Juana Viale keeps a good light, while the return of the legendary diva is delayed after receiving the second dose of Sputnik V. 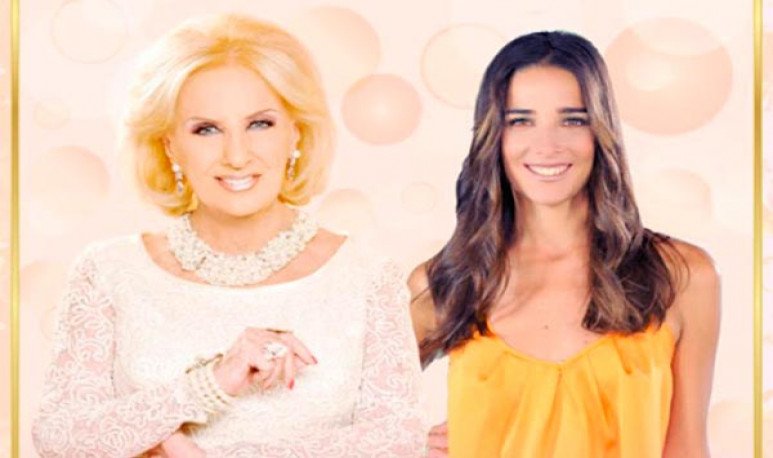 What initially seemed a season with a certain operational transition, is now a situation stained with indecisions, concern and exaggerated expectations that in the last 45 days left a lot of fabric to cut. The grid of El Trece is in the process of reordering, with the arrival of  Marcelo Hugo Tinelli  in the first time next Monday 17 at 21 hours, but on weekends far from having everything in order appears in these hours subject to many factors to confirm its operational stability. Everyone is wondering what will happen with the presence of  Mirtha Legrand , a classic screen that since the end of March last year should have been sheltered, with the advent of the pandemic and the way it affects elderly people.

Urged by the need to cover that place in driving, the producer that commanded Ignacio “Nacho” Viale took hold of the possibilities offered by that situation and the most seductive and safe option was to locate  Juana Viale  occupying the coveted place at the top of the table, animating dinners and lunches every weekend. A few days later, Mirtha Legrand's granddaughter took on both modules replacing the historic television host. Far from suffering such a call, with the slow passage of weeks, the beautiful actress and model calmly handled a challenge of that height to give the format a fresh renovation. Coached by her grandmother in certain respects, the choice of the protagonist of the film “The Widows of Thursdays” occurred with fantastic repercussions.

Getting better every week, listening to Mirtha's analysis of what happened on screen and giving some ease to a format that could have stagnated, Juana Viale managed to make the problem of a cycle without her original cheerleader, be attenuated in those very dramatic times with the health problem hitting unpious to society. Obviously the one who looked with a different face the matter was Andy Kusnetzoff, understanding that competing with the legendary diva of lunches was not the same as performing his program with someone of another generational caliber in the same time block. That concern was justified on a good number of Saturdays, when the El Trece dinner managed to overcome with little difference the cycle “PH Podemos Tallo”, located on the rival sidewalk of Viacom-Telefé. 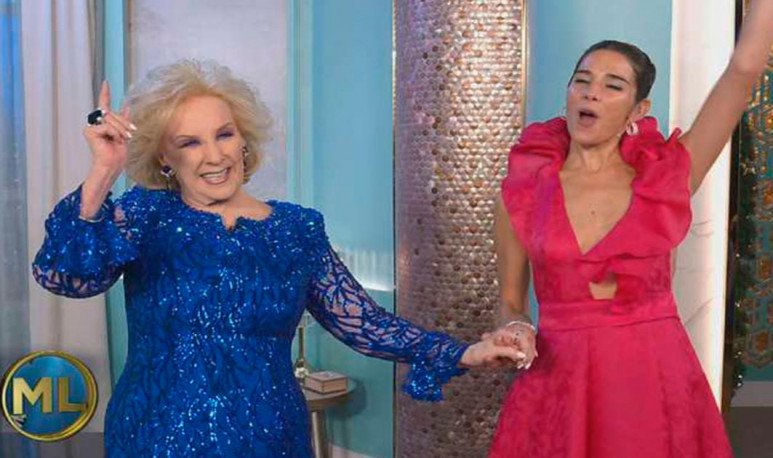 The course of the 2020 season wandered with victorious nights for Juana and others for Andy, although the latter were more than the first, the result of the oiled production system to add guests to his cycle in the pelotitas channel. The most difficult stumbling block for Nacho Viale last year, remains the same, that is to achieve acceptable guest panels that conjugate interest and good ignition at that time, something that never maintained a long-awaited regularity in either of the two television modules. The end of the last season, with an acceptable balance of what was done in the middle of the strong driver turnover, culminated in a special program where Mirtha Legrand was able to host a lunch, accompanied only by her daughter Marcela and granddaughter Juana.

To face a new year on screen under this pandemic context, motivated a wide range of possibilities: keeping the same scheme with Juana driving both dates every weekend, looking for another alternative option by placing Marcela Tynare on screen, or waiting for Mirtha Legrand to receive vaccines recently arrived from Russia in few proportions, so that once the historic cheerleader was injected, she could return to her position on both  television modules. At the moment what happened is a mixture of options 1 and 3, that is, with Juana Viale driving the program on Saturday and Sunday, while Mirtha waiting for the appearance of antibodies, after receiving both doses of Sputnik V vaccine in the last few months.

What was not in the plans was the decision Mirtha Legrand made during the period between the first and second application of the Russian vaccine. During the weeks leading up to this season's new broadcast schedule, the strategy Nacho Viale had handled was for Juana to occupy the nights of the cycle, leaving her grandmother to drive on Sundays at noon. All this seemed to fly through the air, when the legendary TV star told her grandson that her idea was to drive a special per month, altering everything that was planned to date. “Chiquita”'s decision to appear only once a month seemed to disrupt things, especially when the programming management of El Trece frequently consulted his grandson to establish a promotional agenda. 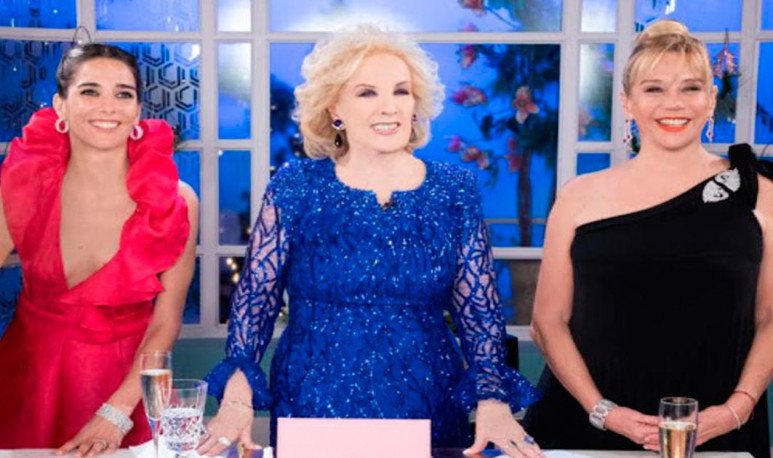 What looked like a puzzle with some luck to accommodate the pieces, eventually transformed into a confusing maze of options to accommodate the tiles as the signal pressures grew in the Constitución neighborhood. Waiting for the appearance of antibodies in your body after receiving both doses of Sputnik V vaccine, in order to feel “shielded” or very protected to make public outlets, the tension took shape because in El Trece they trusted that Mirtha Legrand could already be on screen in these weeks. At the moment the medical reports do not augur that possibility, something that will obviously delay the television diva's return to the small screen, causing television programmers an unexpected headache.

Recording the two broadcasts of the well-known program currently in a larger television studio than the one used during 2020, Juana Viale debuted in April with her second season as a “assigned host” of dinners and lunches televised on the screen of El Trece. Showing a greater looseness, animically freed from those pressures that arose last year before the unpublished call and understanding that perhaps the cycle has it repeating Saturday and Sunday its presence as a central cheerleader, Juana throughout the emissions developed in these weeks maintained a very Balanced profile driving the cycle, but subject to one factor that does not control: the final selection of guests who have dinner or lunch with it every weekend.

Mirtha Legrand, quiet at the end of February at the end of February, accepted the rules of the pandemic imposed on him and also in accordance with the conditions imposed on the station in Lima Street 1200, to make a monthly program, something that does not completely calm the solcito channel, wishing that the diva will participate in the most aacute; s of your program. On weekends, at the rating level, the cards are played and nothing seems to change the measurements that happen. On Saturday night Juana Viale loses by two points with Andy Kusnetzoff's cycle, while on Sundays Mirtha's granddaughter beats with comfort to “La Peña de Morfi”, program that without its founder now measures much less, weeks in which Mirtha Legrand's return to its historic cycle looks uncertain in the analysis.