True to her style, Juana Viale released a desopilating comment about tattoos at the “Lunch” last Sunday. If you didn't see her, read the note and find out. 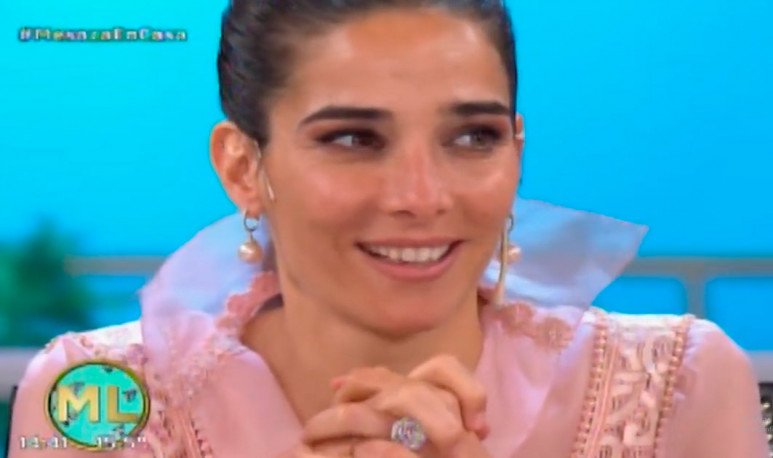 The letters were laid out. A lunchtime of laughter was anticipated on the program  Lunch with Mirtha Legrand .  Juana Viale , the current conductor of the cycle, has all the vibes and an incredible ability to handle lunch talks. Last Sunday's table was composed of  Adrián Suar, Sebastián Wainraich, Peto Menahem and  Roxy Vázquez . With these celebrities as guests, the chances of getting bored were ruled out.

The meeting between the hostess, the actors and the conductor of  Mujeres del Trece  started with the analysis of the current television reality, pandemic through. A situation that worries the workers of the show business because of their work dynamics and limited possibilities of returning to work normally. Nothing that we don't already know about and that society in general isn't going through. The highlight was the  way  the talk was given in a relaxed and relaxed context.

One comment led to another, and the theme of  tattoos  on the  body arose. Roxy showed one of his. Adrian, who has none, expressed his desire to tattoo the names of his children. For her part, Juana acknowledged having several, but no name or initials in her body.

To which Wainraich alluded to former San Lorenzo footballer Leandrothe PipiRomagnoli, who  wears his parents' faces on his chest.

- “That's for a psychologist,” Juana said.

- “You're making love and you see the faces ... ” said Wainraich, laughing.

- “Every nipple is the nose (of tattoos),” added Peto Menahem, adding weight to the joke.

And came the unexpected shot of Juana, who tempted with  laughter  and true to her style said:

- Take out the vinooo, he encouraged himself to say Wainraich...

The  laughs invaded  the studio, front and behind the scenes. And, well, it was known from the beginning that this plateau was explosive. Applause for it!

The importance of making you laugh

In the midst of the pandemic, a program that starts a laugh at the viewer is essential. Today  Argentine  television is immersed in everything that is happening: diseases,  crack , discouraging news. It is true that one of its functions is to inform. No doubt. But the function of entertaining is just as important as the previous one. And even more so on a Sunday. The production of the program, by Nacho Viale, is very clear about the premise.

Another cycle that understood the importance of making you laugh in today's times is   Polemic in the bar  . Weeks ago, the show produced by Gustavo Sofovich decided to make a turn and return to the bases.

While the circumstances are not the best, it is true that the program is doing very well with the change. The program was reformulated when they changed the table and left Chiche Gelblung, Mauro Viale, Pablo Duggan and Coco Sily. The new table consists of Luciana Salazar, Gastón Recondo and Horacio Cabak, who deal with current issues with ease and without fights. While the share of humor remained in the hands of Alvaro Navia, Pachu Peña, Claudio Rico and Jey Mammon. Maria Fernanda Callejón, Rocío Oliva and Luisa Albinoni also contribute.