Hector Alterio occupies the undisputed podium of the greatest Argentine actors. And he's still in the ring. 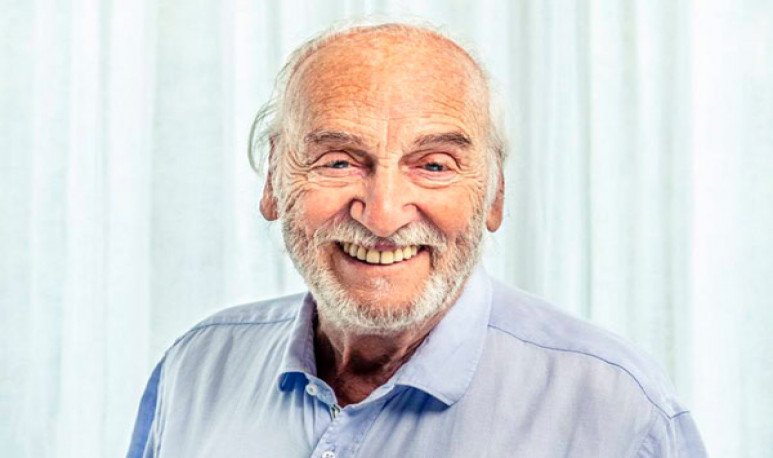 They say that  if you work what you love, you won't have to work one day of your life.  Ask  Hector Alterio  what he thinks about this, when he's 91 years old, he's still on the boards and in front of the cameras with the same  passion.  than the first day. And best of all, he has no plans to retire.

Part of our history is summed up in Alterio's life. Let's see.  Son of Italian immigrants , he was born in Buenos Aires on September 21, 1929. His vocation was always marked. At the age of 19, he debuted in theater with Alejandro Casona's play  Prohibited Suicide in Spring .  He studied Dramatic Art and founded the company Nuevo Teatro  in 1950. With the help of the artists who accompanied him, he renewed the Argentine scene of the 1960s.

However, Alterio knew his  consecration  through cinema. Throughout his career,  he participated in more than a hundred films . Some of them:  The Mafia, The Truce, The Rebel Patagonia, The Son of the Bride, The Last Train, The Saint of the Sword, Camila, The Seven Crazy  and  The Official Story  , which received the Oscar for Best Foreign Film.

We said that his life is linked to our history because, in addition to being the son of Italian immigrants, like many of us, he also had to emigrate later, albeit for different reasons.  In 1974, threatened with death by Triple A, he flew to Spain,  where he remained until the end of the military dictatorship in Argentina.  There he forged much of his career and took root , so many that he gained Spanish nationality and felt a deep appreciation for those lands.

Over the years, he has participated in numerous productions in that country:  A un dios unfamiliar  (1977), by Jaime Chávarri, with whom he won the Best Actor Award at the San Sebastián Film Festival;  El crimen de Cuenca  (1979) by Pilar Miró;  El nido  (1980) by Jaime de Armiñá n, Oscar nominated film and Best Actor at the Association of Chroniclers of New York;  Don Juan en los infernos  (1991) and  El detective y la muerte  (1994), both by Gonzalo Suárez, among many others.

When he emigrated to Spain, his wife Angela Bacaicoa, who is a psychoanalyst, and his young children Ernesto, who was 4 years old, and Malena, who was only 8 months old.  Today, they're both actors, just like their father . And, like him, they're a little bit from here and a little from there.

With Ernesto he worked on   Vientos de agua , a 13-episode Spanish-Argentine television series. Both made the same character: Hector performed the scenes in which the protagonist appears as an old man and Ernesto as a young man. For this reason, they never crossed each other in the development of the series.

If we were to name the three or four most precious  actors  in our  country  ,  Hector Alterio  would definitely be on that payroll. From day one, he prepares his roles with a commitment and enthusiasm that make it unique.  If there is Alterio, any play is good.  It is a guarantee of quality work well done, of love for the profession.

This is why he has received  numerous awards throughout his career , including the Goya de Honor Award in 2004 and the Silver Condor for his career in 2008.

As Argentines, we are proud to count among our talents with the endless spirit of Alterio. Thank you for everything done and for everything that will come.