Amelia Bence, the cutest eyed woman in the world, was one of the most important actresses in our country. We remember her on her birthday. 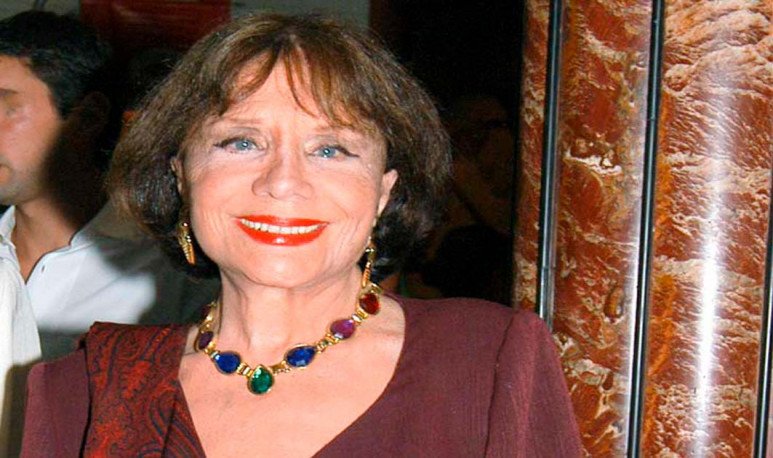 Amelia Bence  had “the cutest eyes in the world.” But he had a lot more than that. He had talent, charisma and an inexhaustible love for his profession, to which he devoted his life until the last few years.

Her real name was María Batvinik and was born in  Buenos Aires  on November 13,  1914 . She was one of the most outstanding  actresses  in our country, and also triumphed in  Mexico  and   Spain   . Her career began when she was very young: her theatrical debut was at the age of 5, directed nothing less than   Alfonsina Storni  . He made his film debut in one of the first Argentine sound films,  Dancing  (1933), by Luis Moglia Barth.

He was part of the so-called  “golden era” of Argentine cinema  and participated in some of the most important films in our history:  La vuelta al nido  (1938),   La guerra gaucha   (1942),  A cold-blooded  (1946),  Alfonsina  (1957) and  La cicada is not a bug  (1963), among others. It was directed by Daniel Tinayre and Luis Saslavsky, and won the award for best actress from the Association of Film Chroniclers and the Argentine Academy of Film Arts and Sciences on multiple occasions in the 1940s and 1950s.

During the 1960s, he performed theatrical tours in  Latin America  and came to perform in the   United States   . There, in 1972 she won an ACE Award for Best Foreign Actress of the Year for the play  La valija . In the 1980s, he made only a few shows on television, while receiving several national and international distinctions for his career.

Amelia Bence  's energy seemed to have no end: for her it was impossible to stop acting. At 82, she began the presentations of the work  Alfonsina, el mar y yo , which was suspended after a health problem in 2010, when she was 96 years old.

In  1943 , Amelia Bence starred in  The cutest eyes in the world , and that title became her perfect description. In 2016, those eyes were last closed. There were  101 years  during which he gave his audience an innumerable number of magical moments.