Humor of the most acidic, ironies, intrigues, remarkable performances and a script that is being discovered little by little to surprise. 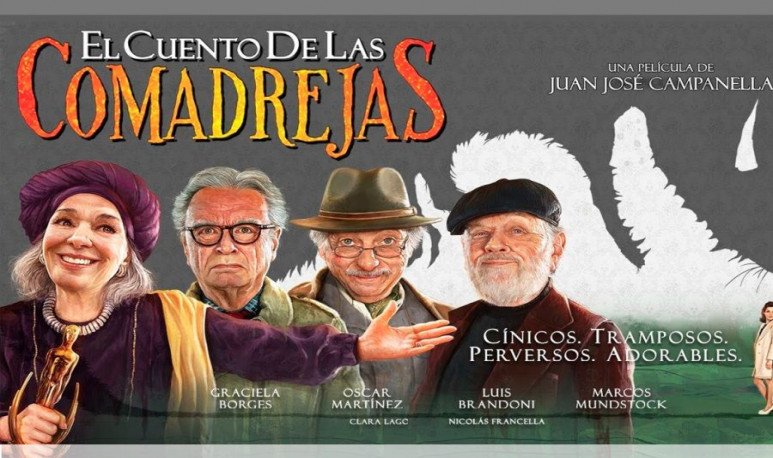 Making a great film not only does its viewers good, it also does cinema good, because it honors it, transcends it and somehow also gives it prosperity, as it adds to the audience's love for seventh art.

Juan José Campanella  has us very accustomed, his films convey his love for cinema and contagious it, are massive and take on everyday and mobilizing social values. “The Son of the Bride” (2001), “Moon of Avellaneda” (2004) and “The Secret of His Eyes” (2009) are three very good examples.

But in “ The Tale of the Wasels” his love went somewhat further , because through a remake he sought not only to maintain his remarkable quality of work, but to honor his masters and film references. The first of these is José Martinez Suarez, his first and great master from whom he took the remarkable “Los Muchachos de before they did not use Arsenic” (1976) to make a new version, respecting his DNA and aggiornandola, as appropriate, achieving a film as engaging as enjoyable.

This point comes his references and tributes that also takes the original references of “Los Muchachos...” in “Sunset Boulevard /El Ocaso de una Estrella” (1950), the extraordinary and dramatic film of Billy Wilder (a reference for both José and Juan), although in local cases We're talking about black comedies.

A powerful cast  with  Graciela Borges , Luis  Brandoni , Oscar Martinez and Marcos Mundstock, accompanied by Nicolás Francella and the Spanish Clara Lago. Humor of the most acid, ironies, intrigues, remarkable performances and a script that is being discovered little by little to surprise just the more the story needs it.

Las Waseljas is the title that José would have put to his original film, congratulations to Juan Jose for this new and enjoyable film, for keeping the memory of cinema alive and for loving José so much.