Home People Spectacle A documentary in times of quarantine

“Corridor de Sueños” tells the story of a famous Esquel runner. Made by Franco Peláez, it was premiered in quarantine times. 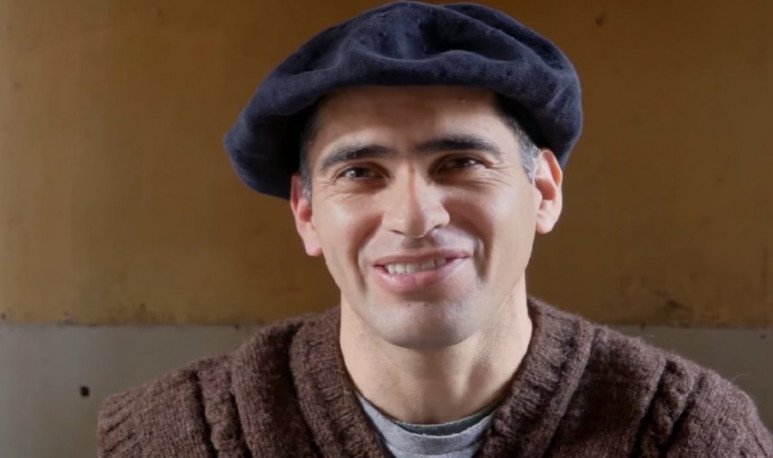 In quarantine times, the documentary  Corredor de Sueños was released. Under the production and direction of Franco Peláez,  the story tells the  life  of the so-called “gaucho corridor” esquelense.

“ Lalo Rios” and a crooked story

“We often wonder if it is possible to twist the history of our lives or whether it is a random question”: this is how begins the documentary that tells the story of  Darío “Lalo” Rios . Born in Esquel, Chubut province,  this man of almost 40 years became the pride of a whole village.

His breeding took place in a mountain landscape, working in the field with carts and oxen. According to one of his neighbors in the documentary, the firewood cart was his favorite toy.  His childhood was happy but difficult .  However, at 28 he was able to twist his history and discover his passion for running.

Incentivized by Oscar Segundo and then by Rodrigo Peláez, he began his career as a runner and never stopped again. Remember his first workout and those brown sneakers  “ out  ” with which he showed up. His long pants and stockings at the knee, which caused grace to more than one. It's just that  Dario had never played sports!   and did not know how to dress properly for a workout.

The first race of many

Gladys Norma Bravo still remembers her son's first race won as if it had been yesterday.  “ We tuned to National Radio at full volume in the courtyard. We gathered the whole family, prepared something rich for lunch and did not take off the ear from the radio,” said Galdys. That day the  Three Patagonian Cities marathon was running, one of the most traditional in Southern Argentina, and his son participated alongside the best runners in the country.

At 32, Lalo won the first marathon  of many more , and the “gaucho corridor” thus became   a benchmark of national athletics  . After that first big triumph, came the world trips, podiums and the trail world championships.

Everyone believed that, because of his age, it would be impossible for him to stand out in the elite of national athletics and, however, he was  Argentine Trail Champion  , Argentine Mountain  Champion, Argentine Champion of  Marathon  . Also  South American Trail and Marathon Runner-up  and  Argentine representative in  the Trail  World Cup  in Italy, Poland and the last in Villa La Angostura. He also participated   in the most important marathons in the world in Berlin  (Germany) and Rotterdam  (Holland), and was the last winner of the International Flag Day Marathon in Rosario.

The   documentary   was made by Franco Peláez  , who is the brother of Lalo's coach. It lasts 19 minutes and has not only the first-person testimony of the athlete, but also his family, friends, neighbors and other runners in the area. The mountain, snow and countryside take over several of the scenes in this documentary that was  released in times of  quarantine  . It  shows  firsthand  the story of this runner of dreams of alma gaucha and chubutense, which broke against all prejudices and statistics of running.