In a different and busy March, we celebrate women who are encouraged to work from networks, and networking. 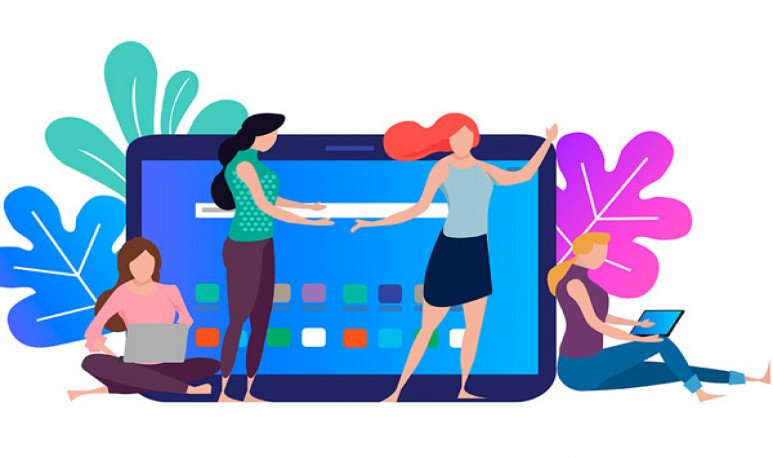 Every March 8, the media and networks are stained with recognition of women and dissidents who are encouraged to live in defiance of the laws of the system.  In this note we tell you the story of  Cordovan women who were building their career in an unconventional way and achieved success with their talent. In this top, we show you some of  the most influential women  on social media in Córdoba. All of them with  well-marked personalities and strong support from followers.

@paprykaok or “Papry” is a Cordovan who, since she began her digital career, has not stopped. She is “The” girl  of the group youtubers Hecatombe  and is dedicated to generating humor from empathy and with fresh proposals. Agustina is well known in Cordoba and throughout the country, especially very followed by many  groups of young people.   Their way of seeing the world and fashion revolutionize,  add up and make the world progress.   Since from his influence,  he tries to include all sorts of visions about reality, experiences and dissident expressions.

This comedian has  more than 200,000 followers on Instagram.  But the striking thing about this person, is that he not only won the love of the audience with humor, but he went further. For years he has been  fighting gordophobia  and even created his own brand of clothing for women XXXL. From its place of public personality it generates content to  deconstruct the ideals of beauty  and  attacks all the stereotypes  that surround us and constantly bombard. Mar consolidates itself as a figure of the show, who currently offers his shows and makes stand up, among a thousand things more...

She is a radio and TV host, followed on her networks by almost 70,000 followers. Upload content from your private and public life, showing trips, shows and your healthy life. Today she runs her program on La Radio Menos Pensada, from Monday to Friday morning, which positions her in  a recognized place    of Cordovan society.

If there is a woman of communication and radio in Córdoba, without a doubt it is the Tessio. She, with her years of professionalism not only won the affection of the audience through the radio station, but also made it to Instagram. She is the host of Anímate en FM Córdoba and creator of “la Noventosa”. Gaby today  has nearly 54,000 followers  and is constantly working  on generating content and entertainment.

Carla Puiggros is a dentist and lives in Córdoba. He has more than 47,000 followers on the social network. He was born in San Juan, but little by little, the cordovan tone is becoming skin. It's just, actually, he's been living in La Docta since 1996. Carla, since she was a girl, is a fashion lover and that led her to upload the photos to the social network to show how she dresses.  From its place of influence  it seeks  to revolutionize the world of fashion in a way that meets the three B's: good, nice and cheap.

With more than 33,000 followers on Instagram, Amor is one of the best positioned influencers in Córdoba thanks to the posting of 60-second videos where she shares her personal experiences. Lover of clothing, with 28 years of age  has also consecrated  himself as  a reference in fashion.   She is the daughter of Fabiana Masena, but today she's on her own way.

She is the mentor of House Chic, an account about photographs about interior design, which has  already exceeded 100,000 followers  and her profile is one of the most popular. The instagramer invites its followers  to discover the best   decorating tricks to love and enjoy the house  that is inhabited: the one that touched us, beyond if it is we choose or not.

He belongs to the Cadena 3 group and gained space on the social network with his posts. It is found in this top 8. It is a fresh, informal and at the same time elegant personality, in love,  family,  are some of the characteristics that the broadcaster transmits on their network. Today he  has 30,400 followers.