The program that conducts brilliantly Darío Barassi, brings the share of fun that had lost the evening block of open tv. 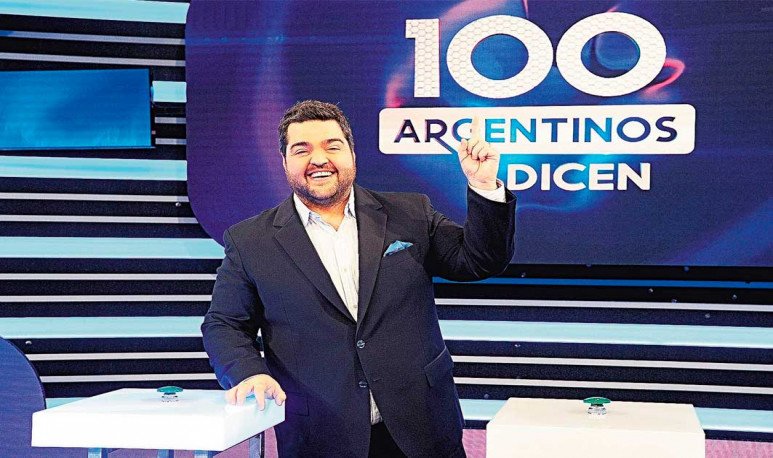 The battle of rating on  open television  every season becomes more cruel and voracious, a fight that every year is renewed aggressive and unpious. Seducing the audience during the evening is not an easy task, being an audience close to fictions or the characteristic magazines thought in the old millennium for women's television.

If every year the usual fight between channels for leading  measurements  was ruthless, with the unprecedented presence of mandatory isolation since the end of March, the confrontation grew unavoidable. The end of Andrea Politti's “Cut and Confection” left a strong gap in the ElThirteen grid, a cycle that improved the rusty “Diario de Mariana” over five years of broadcasts.

Gestled by the producer “LaFlia”, the firm of businessman  Marcelo Tinelli,  it made its debut in a hurry the failed magazine “Women of ElTrece”, with the stellar presences of Teté Coustarot, Soledad Silveyra and Claudia Fontán accompanied by two panelists. Without storyline and suffocated by the high measurements of “Corta por Lozano” in Telefé, the program closed its broadcasts with only seven weeks of incongruence, improvisation and zero ideas.

Prioritize what exists by extending the duration of what is successful

Three programs with good response followed the failed ElThirteen magazine until the beginning of the night news: “100 Argentinos Say”, “Mamushkas” and “The Grand Prix de la Cuisine”. Before risking a new disaster against a powerful rival, Artar prioritized their expansion by betting on the outstanding response they obtained. This decision, far from being risky, altered the context of the battle for the  audience .

Located after the changes now at 14:30 hours, “100 Argentinos Den “starts several minutes later because the lazy midday news releases the broadcast late. Without being affected by the poor measurement of the information landscape, the program masterfully conducts Darío Barassi achieves the  miracle  they asked for. That is, to face the rival and match the competition from an uneven place.

Two  families  compete to interpret the feelings of a hundred respondents on various topics, questions that oscillate between the usual and the bizarre daily alteration. It does not matter what you think or feel, but to correct the thoughts of the respondents when they asked you those questions. This is something that forces you to immerse yourself in the reflection of  citizen  feeling and forget about preferences in most cases. 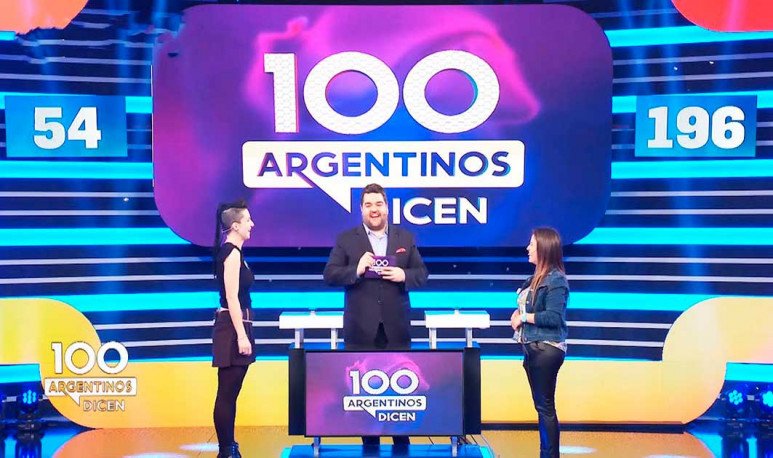 Discard from humor and rapid improvisation

When he agreed to conduct this cycle, without the presence of mandatory confinement that today altered the response of the  viewers , he knew that he had to put his imprint on it beyond the rules of the game in a  playful format . Taking that risk and having rehearsed several weeks before the premiere, they find him showing timming, haste, sympathy and a simply enviable sudden in those 90 minutes.

Darío Barassi wears the black suit, the white sneakers and comes out in each program with the skill of the experienced, however much this is his  debut season. Using talent every moment where he must command the actions, he discourages the participants in each intervention. As soon as the cameras turn on, it unleashes a gale of histrionism and absurd humour that dominates intelligently so as not to overdo the contestants.

Listening to every comment from the participating families, he weaves very funny vignettes where he unusually focuses his gags shrapnel on himself, a desopilating self-criticism that, second by second, provokes strong laughter. His face shows his facial studies in acting, a program that raises fun temperature, without loosening in the most tense moments of the contest on  national feeling .

The formula of the event generated by the driver has its roots in the growing world of stand-up, an interpretive format that Barassi applies to the cycle by adding gags that serve the participants all the time. By naively triggering jokes about the characteristics of families looking to earn a lot of money, the animator unfolds a contagious strategy on and off the  screen , a phenomenal hit.

Carefully studying each of the contestants, he achieves that complicity that the programs need between the driver and the occasional players. His eyes and the way he looks at the cameras are one of his strong points, however much he checks each participant's behavior, avoiding leaks from the game's responses.

Helping to overcome the nerves of being in a TV studio, Barassi accompanies the duet of families from simple gestures and does not press the teams. When the time to confirm the mistakes or errors incurred, Darío prefers  humor  to place the game in the certainty of correct what one hundred Argentines responded at the time.

In Telefé, the recent reorganization of its competitor's programs led to a strategy meeting, seeking to enhance the grid that made the station strong the colorful balls. In addition to supporting Veronica Lozano with greater production, they saw it necessary to accommodate the cycles that follow her trusting that “Floricienta” will bring those guarisms that Martinez station yearns every day.

The end of the Turkish novel “And you who are” and the subsequent reaccommodation exposed at that time the imperative need not to neglect what has been achieved. The daring landing of “100 Argentinos Say” in the evening start, added to the exceptional numbers of “ The Grand Prix de la Cuisine ” with the agony of the sunset, added finally to the solcito channel in a much better situation than the one inherited at the end of August.

“Cuta por Lozano” eventually led by almost four points lead over “Mujeres de Elthirteen”, but now he barely wins by a tenths and on certain occasions, the numbers find him second to the resistance of his rival. “100 Argentinos Dicen” gives him a record of ignition that is not negligible. This unusual measurement boosted the irregular guarisms of “Mamushkas”, now occupying the middle block between the programs of the producer “BoxFish”. It will have to do with the passage of time where the  rating balance is tilted, in a battle that now appears paired from both sides.

Mariano Saborido: from Puerto Deseado to the small screen