This mini-venture began in the first decade of the 20th century and persisted until the late 1960s. 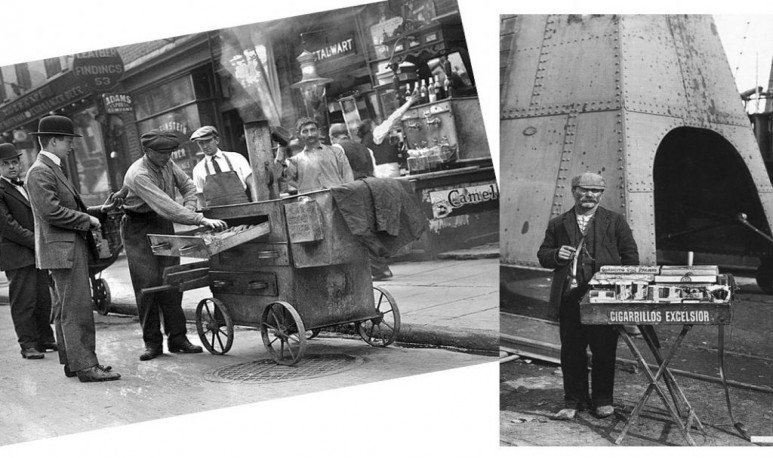 The travelling cigarette maker used a mobile stand for the sale of cigarettes, which he armed in those busy places of the city, with a lot of movement. The position of sale differed depending on whether or not he was disabled. In the first case, it used a two-compartment cabinet with wheels to facilitate its movement. He was located near the corners and attended the sale sitting on a chair. Dressed in a suit and a hat or a cap, he sold cigarettes of different brands, highlighting the one that sponsored that stall. He also sold cigars, whether Tuscan or caburese, as the Tuscan media was called. The container of Tuscans was open because they were sold as a unit.

The goods were in sight, protected by the transparent glass display doors. A second compartment located in the lower half was used to store the goods. With the purchase of a tie of cigarettes, a small bag containing 12 matches of paper was given away. The boxes cost 5 or 10 cents and contained 45 or 90 matches marked “Ranchera”. Also sold wax matches mark “Victoria”.

At the end of the working hours, the furniture was closed and tied together with the chair to a tree or transported to a nearby portal, where it was kept until the next day. Non-disabled vendors used a simpler job, consisting of a wooden drawer placed on an easel or scissor table, which was very easy to transport. This mini-venture began in the first decade of the 20th century and persisted until late in the 1960s, in that Buenos Aires yesterday.