Home People Nostalgics What do the smithucos know, what do they know about compass?

Ricardo Tanturi and Alberto Castillo: the most important tango binomial of the 1940s. 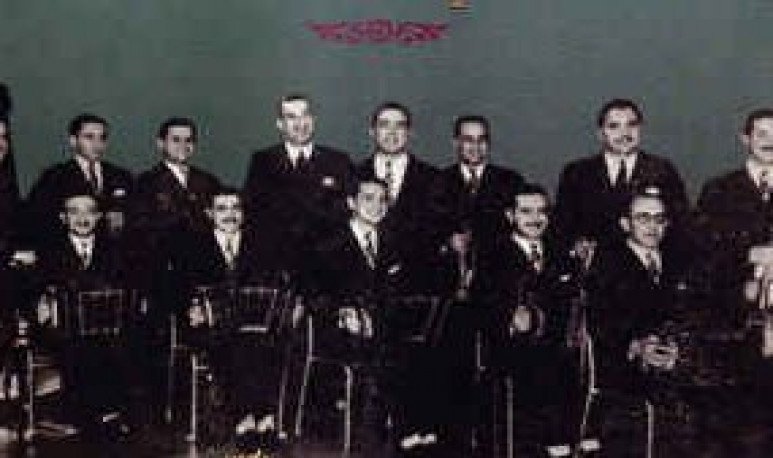 One of the most representative tango binomies of the 40s was Ricardo Tanturi and Alberto Castillo. Ricardo Tanturi, known as “El caballero del tango”, was born in the Barracas neighborhood on January 27, 1905. Besides being a pianist, he was a dentist. In 1933 he formed a typical sextet called “Los Indios” and participated in the radio programs “El Mundo”, recording for the label “Victor”.

In 1939, the singer Alberto Salvador De Luca joined, known as Alberto Castillo, one of the most charismatic performers of all Rioplatense music. He was born in Buenos Aires, in the Mataderos neighborhood, on December 7, 1914. He began singing while studying medicine at the University of Buenos Aires, where he obtained a medical degree in 1942. He previously worked with the ensembles of Armando Neira, Augusto Berto and Mariano Rodas. He met teacher Tanturi at a college dance, where he sang some songs.

He entered the set in 1939 and remained until 1943. Castillo did not imitate anyone, he was completely different both for the way he sings and his exaggerated gestures, by the handling of the microphone, his way of dressing in the “Divito” way and for his provocative way of saying, with a scapper tone, dragging the phrasing, with a real cadence. He was a real transgressor who provoked hatreds and loves among the public.

The first album of the tanturi-Castillo binomial appeared on January 8, 1941: the waltz “Recuerdo” by Alfredo Pelaia. But it was the tango “Aí se baila el tango”, by Elías Randal and Marvil, which best characterized it when he said: “What do the pitucos /lamidos and shushetas know what tango is /what do they know about compass”. Always some were considered alluded to and began the bronca.

After his disengagement from Tanturi, Castillo acted as a soloist. His orchestra was conducted successively by Emilio Balcarce, Enrique Alessio and Ángel Condercuri. Ricardo Tanturi died on 24 January 1973 and Alberto Castillo on July 23, 2002. Orchestra and singer entered popularity, giving rise to a succession of successes that prompted the spectacular rise of both, dragging crowds in that Buenos Aires yesterday.