An icon remembered in the first half of the sixties 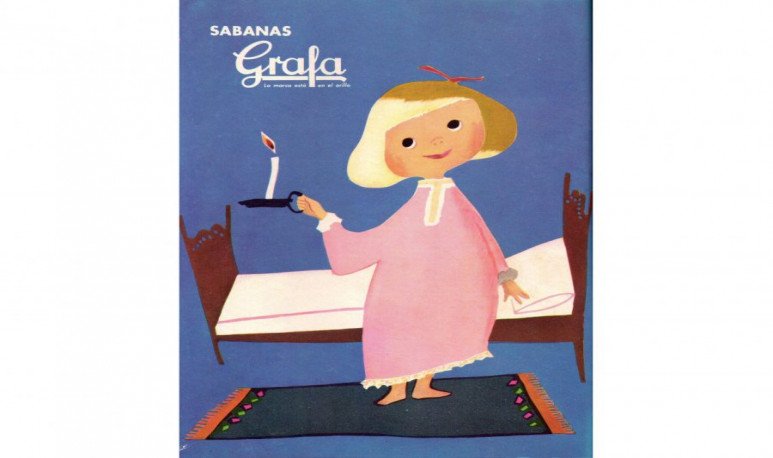 This girl, created by Yuste Publicidad in the first half of the sixties, was a remembered icon. With her aesthetics influenced by the Swiss and French styles of the time, she was present for years in color one-page notices in magazines, public street posters and signage at the points of sale.He also had her embodiment in flesh and blood on television of So, when some babe was used to shut down the transmission. Years later, it was the subject of a national competition organized by the agency, in which a new “Grafa nena” would be chosen. The choice fell on a lovely little girl, daughter of a camera director on Canal 9. It would be the first step in his career, which soon began in different cycles like “My family today sleeps at home”. His name: Andrea del Boca. Sheets Grafa. Yuste Advertising. 1965.