Home People Nostalgics A game to fly with imagination

The ingenuity substituted for economic poverty and made healthy fun even 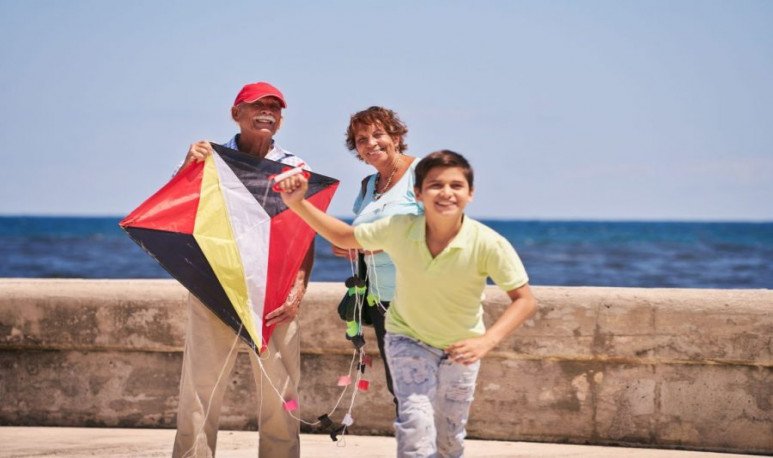 Riding a barrel has always been a very attractive infanto youthful entertainment. The design of star, bomb or grenade, depended on the elements available. The reeds came from some nearby fence or pasture. They were cut lengthwise and according to the model to be put together, tied with ice axes and placed on the keg paper, very thin and different colors. Many times the colors of the favorite football club were chosen, combining different pieces that were glued with homemade paste, a mixture of wheat flour and water, which was transformed into a good adhesive. Once each end of the reeds were glued and affirmed to the paper, the fringes were glued. Finally, the spool was placed, coming from a reel made with a piece of branch, where a whole variety of ice stones of different appearance and structure had been rolled, as a product of an indiscriminate collection, perfectly tied end to end. One or two gender tails were placed, coming from a disused sheet or T-shirt and the barrel was ready to fly. The enthusiasm and anxiety accumulated during the manufacturing process was exalted when the barrel was easily traced and kept still flaming its fringes. But most often, when he had not yet reached the desired height, he began to rotate concentric, crazy; it was not always controlled and dizzinously fell to the ground. Sometimes nothing happened to him but at other times, it was partially or totally shattered. Then the length of the tail or the design of the shots was changed and the situation improved. Some placed a razor blade in the tail, trying to cut the ice of a barrel already removed. This procedure was used in competitions. Since the 20 cents cost of barrel paper was rarely available, newspaper paper was used choosing large-format paper such as “La Nación”, “La Prensa” or “Critique”. But it wasn't the same, it lacked color. The smaller children were satisfied with tracing a “Bojarita”, the barrel of the poor: a notebook sheet with 2 side folds, an arched broom straw, about 5 meters of ice stone and running; so it rose and kept high. It was the work of the youngest, but ingenuity substituted for economic poverty and made healthy fun even, enthusiastic and even competitive.