From the old Santa Fe, we remember the cisterns, wells, buckets, water racks and washerwomen. 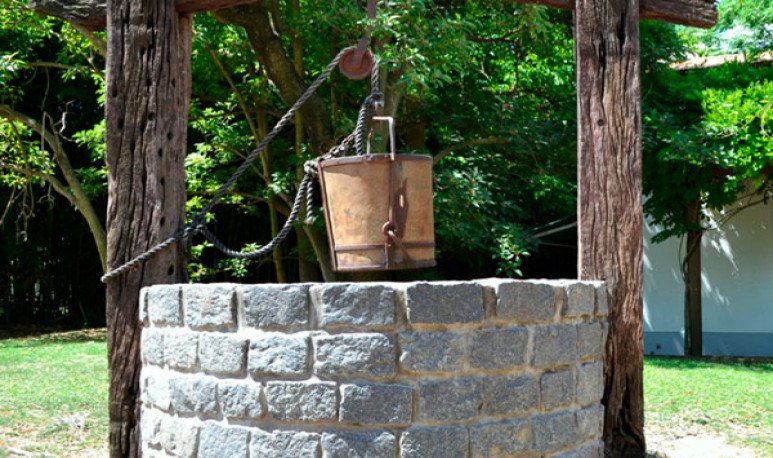 The cisterns appeared in Santa Fe in the middle of the 19th century. These   they collected rainwater, but, in those years, there were very few.   When there was no network water, he washed his clothes in the river, and to drink a glass of water, there were four options: dig a bucket well, build a cistern, pay the water tank or walk to the river.

Personal grooming was complicated. It was unthinkable, for modern criteria.   People were bathing little in the winter   . Or they were sanitized with wet towels, and when it was hot, washed in the river.

In colonial society,   families had to organize themselves to get water.   The richest ones sent their servants. Later, two other options appeared. First,   well into the 18th century, the bucket wells, which were drills that were made in the huge courtyards of those houses to obtain water from the napas.   When they lowered the bucket, the dry shaft was squeaking. The old wheel was squeaking. All the iron squeaked, and when the bucket came into the water was a clear splash. An energetic noise and the cube was full. And when everything dripping up, squeaking was a lament. And the copious tearing was clear and clinkling.

Lower-quality bucket well water   was used for family cleaning and cleaning   . It was only in the middle of the nineteenth century, as we said, that reservoirs appeared in the city. With this rainwater, it was cooked and drunk.

Historians say that the ancient Santafesinos had to work hard to get a fresh water source. The water in the Setúbal lagoon was salty. It came mainly from the Saladillo stream. To solve this problem the Cabildo decided to dig a ditch, at peak and shovel, to bring fresh water from the Colastiné River.

Over the years, floods and erosion, the ditch became the Santa Fe riacho. This canal, to this day, continues to supply water to the city.

For centuries it was the Cabildo who defined the appropriate place to look for water. This task was important because,   in the river, in addition, there were professional laundresses.   This activity polluted the river. Clothes continued to be washed like this until the first decades of the twentieth century.

Aguatero became an important protagonist of urban life when it averaged the nineteenth century.   A water strike could paralyze the city as a transport stoppage now does. The Santafesinos suffered a long and traumatic claim from their aguateros during 1877.

In the last decades of the 19th century, their carts began to tour the city. Even,   in 1897, the Municipality built some tanks to centralize the place where water was provided. With the advent of mains water, one of the most important changes was the appearance of the bath, as a separate room.   In the first decades of the twentieth century, Santafesinos began to dream of sophisticated baths full of artifacts.

The passion for the bathroom was understandable. Before 1907, in the houses there was no sanitary structure.   Water was kept in clay jars. People used jars to clean themselves and bacinillas for dejections. The latrine system was only used in some specific locations in the city.

Already in those years, Santa Fe had about 60 cisterns. There was one, for example, in the house of Brigadier Estanislao Lopez.