The “Avanti Cigars”, a predecessor of the blond “puchos” in Argentina. 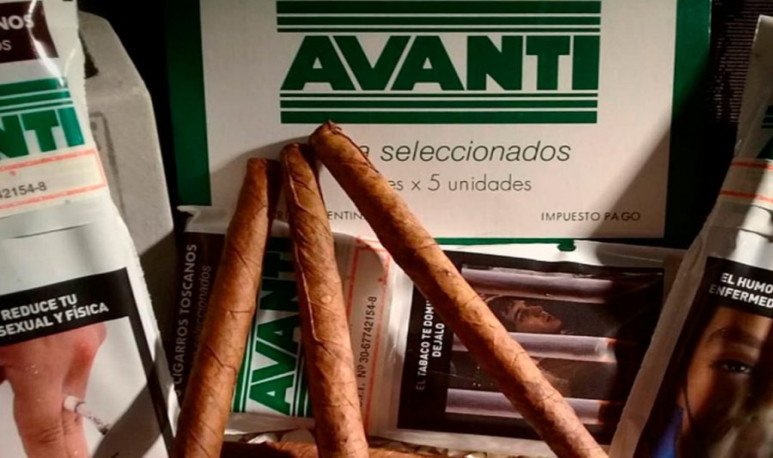 The  “Avanti Cigars” , the most popular in Italy, began to be manufactured in Buenos Aires in 1902, in the neighborhood of  Villa Urquiza . The factory was located in a shed with large windows, which occupied an block and came to house around 1500 workers. They did an exclusively  artisanal work.

The Compañía Introductora de Buenos Aires (CIBA), was responsible for all manufacturing processes:  Tobacco Reception, Drying, Destemming, Armed and Packaging, for its subsequent marketing. Each of the 200 cigars that worked there, produced a thousand biconical Tuscans a day, which were then stamped.

Consumption of the  “Cigar Avanti” , was very popular especially among Italian  immigrants  who  city  of Buenos Aires, exceeded 50 per cent of the population. But the Argentines, they didn't stay behind. Containers were sold containing two Tuscans or four half Tuscans. The original Tuscan was cut from the center, right where the label was and two halves were available, in a condition to be smoked. This brand of cigars, became the most famous in the country.

The promotion of traditional Tuscan was often seen on murals and trams. In bars, the “Avanti” integrated the dominant aroma, mixed with the fog of  alcohol , during the endless matches of  trick  or tute. The careers arenged the percherones, without removing the Tuscan from their mouths.

Street vendors  such as fruit bowers, fishermen or manisers, always carried the Tuscan, on or off, during their tasks. The popularity of this cigar was widespread, especially considering that in the 1930s, annual consumption was 70 million, made mainly from  Criollo Misionary tobacco . Those who smoked cigarettes preferred black tobacco without filter, since blond tobacco had not yet reached popularity.

The inclination towards Tuscans began to decline in  the 1950s , resulting in the consumption of blond cigarettes, with or without filter. As a result, the Company closed its doors in 1958. For more than half a century, the “Avanti Cigars” constituted the source of economic and most popular Tuscans in yesterday's Argentina.