How was the work of the sweepers of Buenos Aires yesterday? 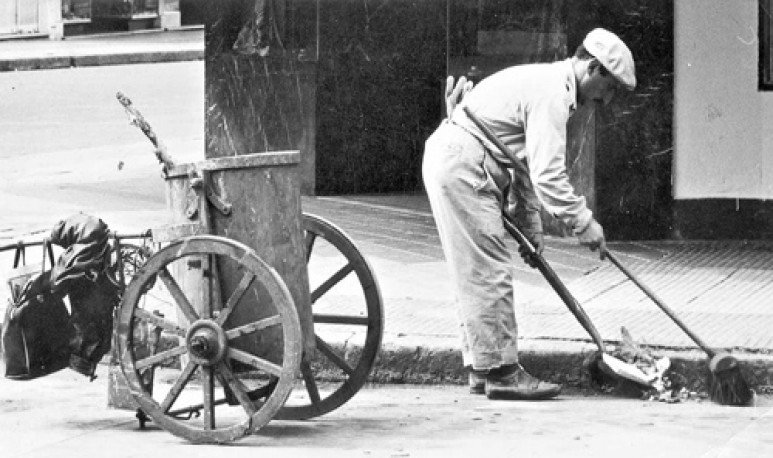 By: Araujo Carlos
The sweepers were mostly Italian immigrants. They wore a grey uniform closed at the neck and a cap of the same colour, which had a metal plate with an identifying number. They pushed a cylindrical iron container, gray with a lid, mounted on a pair of metal wheels with spokes, a shovel and a brush with a long handle. Daily and at the same time they performed their task sweeping the angle formed by the street and the cordon of the sidewalk, where they formed small piles of garbage, separated several meters from each other. The abundance of dung in all the streets, consequence of the intense horse traffic, integrated the previously formed mounds. Then they dragged the container they usually left next to the corner and collected everything, repeating the operation on the opposite sidewalk. In some corners, underground receptacles were installed in the sidewalks, where they temporarily stored the garbage, which was made up of tree leaves, horse dung and papers. It was important not to block the drains in the corners, so there was a very special zeal to collect all the clusters near the sewers. The garbage collected was left in the corner, against the cordon of the sidewalk, waiting for the collection car that daily ran through the streets of that Buenos Aires of yesterday.

A great one of those that no longer exist