Home People Nostalgics The square of the neighborhood

The square of the neighborhood

With its charms and attractiveness, it was the obligatory step in the life of the children and the meeting point of the great. We remember her. 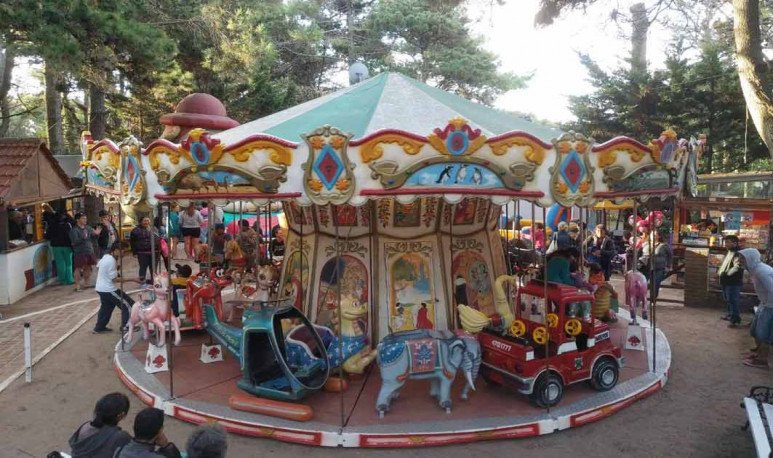 The square of the neighborhood was divided into two sectors: one for adults and the other, the sector of games , for children of all ages where the slide, was definitely the favorite. Every possible way was used to climb up the ladder, from the front or back, from the descent ramp or climbing the support pipes. The hammocks and the rise and fall followed him in order of importance.

Sitting a few times but frequently standing, we competed in the hammocks to achieve the maximum height with each enum. On the rise and fall, sitting individually or in pairs or walking alternately to either side, were the modalities of the game according to age. The handrail demonstrated the skills to walk with hands or feet, trying all kinds of juggling and something similar happened with the two rings where acrobatic figures were developed, except that the assistance of an adult was required to reach them, due to the height they were located. A small manual drive, in which it was located 4 to 6 pibes, was another of the attractions where the people in charge of making it spin were alternated.

A series of characteristic characters paraded daily through the square: the manisero blowing a metal bugle announcing its classic hot and aromatic merchandise. The barquillero, dressed in a grey dust cap and a cap of the same color, reached the square carrying a cylindrical container of about one meter high, crowned by a lid with a roulette wheel, in which many numbers one, alternated with few numbers 2 to 6; he announced his presence striking an iron triangle while I was voicing the product. The kids were coming to try their luck by spinning the roulette wheel for a nickel payment. There was also the lollipop with its strange load of pointy, multicolored candies, some of which were bearers of a prize consisting of 2 or 3 candies for the same price of 5 cents. The seller of apples, dried figs and pochoclo (popcorn) arrived in his white tricycle car ringing his bell. The ever-besieged balloon and windmill seller, and the Japanese nougat salesman, who at the announcement of “another to pull, one to pull”, also offered prizes by spinning a rough construction roulette wheel.

Pretending to play football was impossible, because where there was grass it was forbidden to step on it. It was written on black wooden posters with white letters: “Forbidden to step on the lawn.” It was an order respected and reaffirmed by the guardian, whenever it was necessary.

In one of the corners was the house of the guardian, a character hated and respected at the same time. It was an underground shed, covered by grass, accessed by a descending ramp. There he kept his work and irrigation tools. Spikes, shovels, hoes, forks, scythes and buckets were the basic elements for everyday work, which took place in the morning hours.

Watering was carried out with a heavy gauge, red hose. He wore a black uniform and a cap of the same color, and was in charge of keeping the grass impeccable, the stonemasons, order and good manners, with the help of a loud whistle. The adults, the children, the pigeons and sparrows attended the drinker. It was the meeting point for everyone and on numerous occasions, the jets of water caused by the children in their tricks, wetted more than a distracted walking nearby.

Ironman: eight Mendoza got into the World Cup 70.3

What does “drink” mean?

The Barrabravas of the Harvest

Ushuaia is much more than sun and snow, it is... Usopin