A craft on the verge of extinction. 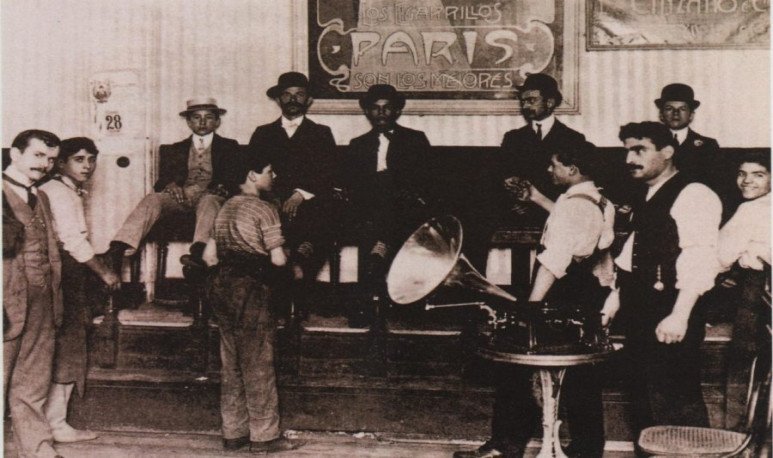 By: Araujo Carlos
The men went to the polishing room in order to embellish their shoes. The salon had the dimension of a room of 4 x 4 meters; it had a platform elevated 70 centimeters of the ground, on which were placed not less than 6 chairs or, in its defect, a long wooden armchair where the interested ones sat. They placed their shoes on a bronze insole mounted on a rod 30 centimetres high. Shoe polishing was carried out by several employees, usually three in number, who dialogued at all times with each other, with occasional customers and with those who waited sitting on other chairs in the room. Some salons functioned as annexes of hairdressers or integrated to them in the same environment. We have received the services of hairdressing and shoe polishing in a salon located in the underground passage of Corrientes Avenue and Obelisco. During my childhood, I met one located in Rivadavia Street and Sadí Carnot (today Mario Bravo). The shoe polishing in the salon was, in reality, a social gathering in which, as in the hairdressers, the national news was reviewed, mixed with humorous comments. A stringed victrola with its enormous horn provided a musical environment made up mainly of tangos, waltzes, Italian and Spanish songs. In the polishing room, a trade was carried out that is now on the verge of extinction but is still well valued by lovers of proper shoe care: it improves the appearance and preserves the leather in good condition.

6 things we hate about the Argentine coast

The 5 Kabbalahs that drive away bad luck