The photographer from Buenos Aires 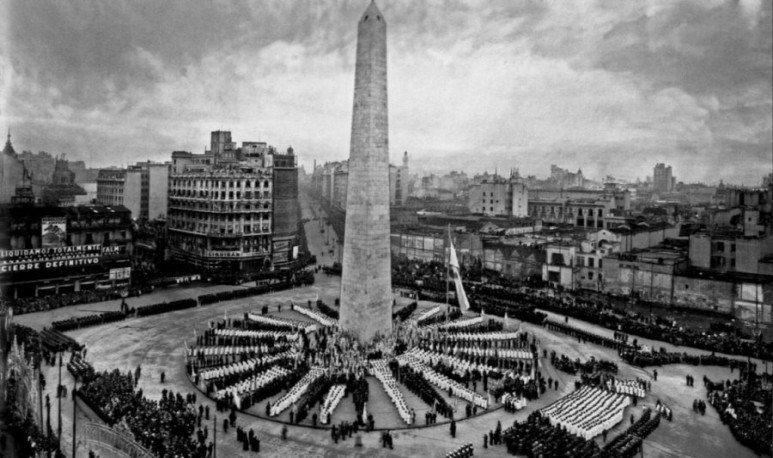 By: Araujo Carlos
Horacio Cóppola was an Argentine photographer born in Buenos Aires on June 30, 1906. He learned photography thanks to the teachings of his older brother and began to photograph in 1927, especially the city of Buenos Aires. In 1930 he traveled to Europe, studying photographic technique and cinema in Italy, France and Germany. He illustrated the first edition of the book Evaristo Carriego by Jorge Luis Borges. He returned to Germany in 1932 and studied with Walter Peterhans at the Bauhaus in Berlin, where he met the avant-garde photographer Grete Stern, who was his first wife. With the advent of National Socialism, Grete moved to London and Cóppola to Paris, where the director of Cahiers d'Art commissioned the photography book L'Art de la Mesopotamie, based on Sumerian art deposited in the Louvre and British museums. He returned to Buenos Aires in 1936 with his wife and two children, Silvia and Andrés. They installed a photography studio when the Intendente Mariano de Vedia y Mitre commissioned him to register Buenos Aires photographically, creating the beautiful and unforgettable book "Buenos Aires 1936", prologued by the architect Alberto Prebisch. A sample of intelligent diurnal and nocturnal observation of the city obtained with a "Leica" machine, acquired in Germany in 1932. Those of us who have had the opportunity to admire this beautiful compendium of black and white photographs have been allowed to enjoy Cóppola's deep observing and artistic capacity in images of different neighborhoods. As a filmmaker he made a short film in 1936: "Así nació el obelisco", where he shows details of its construction. In 1983 he was awarded the "Gran Premio del Fondo Nacional de la Sociedad General de Arquitectos". On its 100th birthday, the MALBA held an exhibition of its photos taken in the 1920s, 30s and 40s. In 2003 he was declared "Distinguished Citizen of the City of Buenos Aires". He died in Buenos Aires on June 18, 2012, at the age of 105. Horacio Cóppola was, during the 20th century, the visual chronicler of the city where he was born.

Argentines around the World - Federico Duberti

Where I come from - Juan Gómez