Although today it has many spaces for supply, Santa Fe never had a place like the Central Market, demolished in 1980. 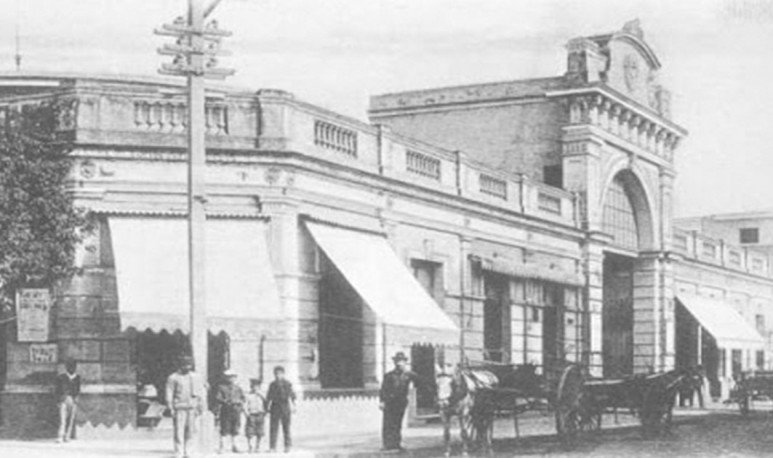 The longing for the Central Market — beyond the considerations that could be made to its installation in the middle of the 19th century,  in the heart of the city  (hygiene conditions in the sidewalks that surrounded them and lack of parking space, which would be  chaotic ) — is widely justified. The market provided  fresh and excellent quality products  to a large clientele who found, along the way of their  shopping , a place for social exchange and occasional talk, always enriching and carrying news related  to everyday life  and domestic vicissitudes.

This building of solid construction and with aesthetic details  occupied an important site  of almost one block. Between the streets Salta, Mendoza, San Gerónimo and La Cortada Bustamante (the suppliers who took the goods to the stalls). The supply was extremely varied and covered all  food items. Meat of different types, fresh fish, cold cuts that could rarely be found in other food stores, vegetables and fruits. The premises on the surrounding sidewalks were occupied by bread makers, pasta factories, rotiseries, newspaper and magazine kiosks and even a haberdashery.

In the stables facing the market, businesses from other sectors caught customers who took advantage to provide medicines or perfumery items at the Central Pharmacy. And to grant himself, occasionally , the pleasure of bringing home the delicacies  that were sold at the Confectionery La Central (could not be called otherwise). Also a men's fashion house and a shoe store offered their merchandise at a wide range of prices.

It is impossible not to mention the  Café  on Calle Salta, always filled by the parishioners who spent their time playing cards or dominoes. Next to it stood the Hotel La Pequeña Bolsa, which, although not enjoying great prestige, had  a restaurant  always very busy, which claimed the name with a narrow menu, but  of good quality.

In 1980, and based on major changes in the consumer society, the  Municipality  thought that it was opportune to close the market and proceeded to its demolition.After a while, a “dry square” was built on the site, later called Plaza del  Soldado , in tribute to the combatants and ex-combatants of the war for the  Falkland Islands .