Couples wishing to participate in this program must book a selected date and place 60 days in advance. 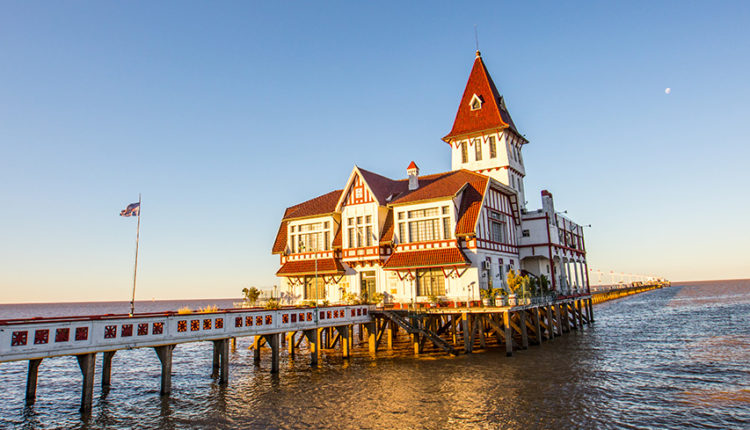 Five couples gave the “yes” at the Fishermen's Wharf of the North Costanera, within the framework of the program " Marriages in Emblematic Places" of the Civil Registry of the City of Buenos Aires, which since its beginning, in February 2017, have already passed 650 new marriages.

The government offers porteños the possibility to marry in emblematic places of the City in a modality that began in December 2016 with the marriage, for a single time, of 12 couples at the Teatro Colón .

But its official status began in February 2017, when it added iconic sites of the city such as the Rosedal of Palermo, the Glorieta of the Plaza de Barrancas de Belgrano or the Chinatown.

The original proposal already has 30 emblematic places that neighbors can choose when booking their turn in the Buenos Aires Civil Registry.

The Muelle de los Pesacadores, founded on August 3, 1903, was the scene today of a succession of weddings when around 11.30 a.m. Agnes, Damián and their two-year-old daughter Clara arrived with great anxiety to become the first couple to marry in this place.

“ We chose this place because we thought it was original and it is also beautiful,” said Inés, who laughed told: “12 years ago we were together, we came with the idea of getting married but we were always postponing it, and this was a great motivation.”

For his part, the groom said that they were aware of the proposal of “weddings in emblematic places” and found it a good idea that their wedding should take place somewhere different, “fulfilled the expectations we had”, they agreed.

Mariano Cordeiro, general director of theCivil Registry, said that since the beginning of this initiative “is in constant evolution”.

And, he explained that “the choice of places has to do with requirements made by neighbors in the communes”, because each of these sites “has a lot to do with the history of each couple”.

The official noted the great growth that this modality had since its inception by pointing out that “we already have about 650 marriages performed outside the Civil Registry”.

The ceremony, which began at noon, was attended by 20 guests, in the lounge of the Pier, belonging to the Fisherman's Club and was officiated by Cordeiro himself.

Couples wishing to participate in this program must book selected date and place with a ahead of 60 calendar days. X-rays, ergometries and ultrasounds, some of the 400 studies that “should no longer be used”

Florencia Aroldi: “I would like my plays to be seen by those who do not go to the theater”

Macri and Alberto Fernández, with their eyes on the Cordoba vote for the PASO

How to light a fire with rain