Home People Nostalgics The first bowling of the Aristides

It was in the 90s. Nobody wanted to miss it. A bowling with a different proposal, which broke the schemes of the time. 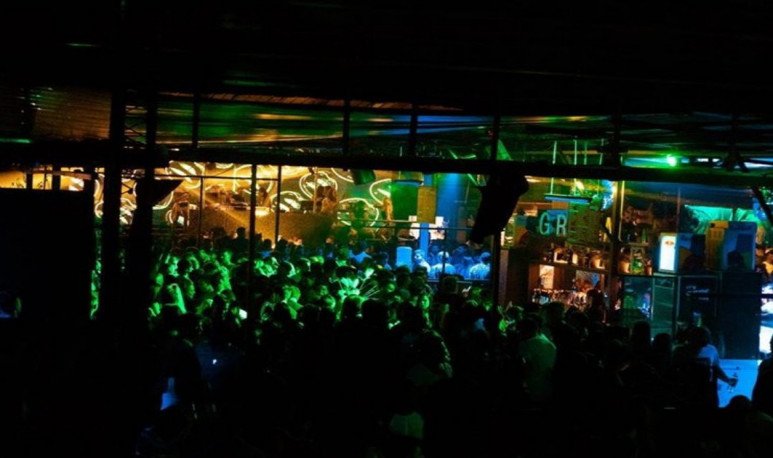 We talked long and long about the mythical  Aristides Villanueva street.  Mendoza's bars, party and entertainment area par excellence . Today it is a gastronomic, musical and even theatrical pole. Bars, kiosks, cafes, restaurants and apparel venues all the stables. There are no bowling left on this street, although in the 90s they were a furor.

Until the middle of the  last decade of the 20th century, Aristides Villanueva Street was the most important residential area in Mendoza. Huge houses and chalets, wide streets and sidewalks, and imposing trees were the setting that formed in this artery of the fifth section of the City of Mendoza.   The neighbors lived quietly, in a privileged area of the province, a few meters from the  General San Martín Park . However, that calm and tranquility were interrupted with the arrival of Picasso, the first bowling of the Aristides. It was the initial kick. More bowling was installed, then some bars, kiosks offering coffee and tables on the sidewalks and other kinds of entertainment. Thus,  90% of the houses were sold. However, to this day, the resistance of those who oppose giving up the home of their whole life remains , regardless of the amount offered. But it's only four or five houses.

One night in the nostalgic 1990s, some bars, in decibels higher than usual, interrupted the quiet night that Aristides gave away. Neighbors never had a quiet night again, ever again.

The intrepid sound came from  Picasso, the first bowling installed in the area, installed with the aim of offering a space of fun close to people with greater purchasing power. So far, the microcentro and   Charcas de Coria  were the areas to go to a bowling. That was quite far away, on the other hand, the new proposal could be accessed by walking.

The place had a large central court, with two walkways on the sides.  In the end there was a large bar in the shape of a “U” and ahead were the reserved ones. It was a space occupied by fluffy armchairs, strategically located in the penumbras. There people who got a couple on duty accessed, sealing their love with the  deepest  chape  of the time. But, unfortunately, those spaces are difficult to find today, as the chape is given anywhere on the track. It is even something that is no longer reserved and can be seen on public roads.

Like every bowling, Picasso had a room for the DJ, in the style of fish tank. The idea was that, through the glass, the person in charge of playing the music, did it taking into account who and how they were dancing on the track. That's why the DJ was located in height, with a panoramic view of the whole place.

They were organized once a month, with different proposals, to which people joined enthusiastically. For example, the  “Color Party”, in which, upon arrival, two girls recepted at the door and stroked   the cheek to boys with fluor tempera on their hands  . Thus, they entered the track all illuminated by “black light tubes” and the show was tremendous.

Another proposal was that of the party  “For people alone”. It's just that, at that time, perspelling the custom of previous decades,  if you weren't as a couple, you wouldn't go out dancing. You were a loser, or loser, if you went to the bowling alone. The idea was that, on Thursdays, they were all those who didn't have a partner, meet each other and then come back together on Saturdays.

As we said, the street was swinging, little by little, from other bowling and pubs.  But Picasso was a pioneer.